HGTV fans have gotten to know Sarah Baeumler by watching her alongside her husband, Bryan Baeumler, who rose to fame on the network after he landed a string of reality series like Disaster DIY and Leave it to Bryan back in 2007. It wasn’t until the two began appearing alongside each other on House of Bryan that viewers really got to know Sarah, and it’s clear by the high ratings, they loved her! In honor of her success on reality television, here’s a look at 9 things you probably didn’t know about HGTV star Sarah Baeumler!

In an interview with HGTV, Sarah Baeumler answered some pretty interesting and out of the ordinary questions, like what her first car was and it wasn’t as glamorous as the one we’re sure she drives now! She answered: “Probably what we called ‘Little Blue.’ It was like a little blue Honda Civic hatchback. Like a little two-door hatchback. And Bryan and I drove it across the country together. That was the first one I bought. It was icy blue in color; it was very girlie. Bryan looked fabulous driving it.”

Lately, Sarah Baeumler can be found working alongside her husband on his reality TV series Bryan, Inc. She does a lot of the decorating and design while he handles the contracting. Prior to that she ran a dance studio in Oakville, Ontario. But what was her very first job? In an interview with HGTV, Sarah said her first job was working as a camp counselor! “Camp. I was a camp counselor for years. I worked at a day camp. Camp Totoredaca,” she said.

We all know Sarah is extremely talented when it comes to interior decorating or even designing homes, but what we don’t know is that she’s also a very skilled bartender! “I used to be a bartender at the Spaghetti Factory, so I can bartend. I can make a mean cocktail,” she said. When asked what her specialty is, she said: “I’m a martini girl, so all different flavored martinis I love. So apple martinis, chocolate martinis, that’s what I’ll experiment with.” Baeumler is also a really good dancer! She refers to dancing as her “first love” and her favorite is classical ballet.

Most people need a little bit of caffeine to get them through their busy work week and most of us find get our caffeine kick from coffee, or even tea, but not Sarah! Starring on a television show, balancing work and raising four kids is probably exhausting, but Sarah revealed she doesn’t rely on a cup of Joe each morning to get her day started. “I don’t drink coffee. No coffee at all ever. Never had a sip in my life. My parents never drank it. My mom was a tea drinker, so I’ll have a cup of tea. But I get my caffeine from diet pop, that’s my bad vice,” she said.

5. Favorite Thing on a Rainy Day

In an interview with HGTV, Sarah revealed her favorite thing to do on a rainy day and it sounds pretty awesome! “We have an old school popcorn machine, so we curl up in the family room and make movie-style popcorn and watch movies with the kids. Now if it’s a school day, I’d go shopping. If I didn’t have my kids at home, you’d find me at the mall. I’m a shopaholic!” she joked.

4. What She Couldn’t Live Without

We all have that one thing in life we couldn’t live without and for Sarah that is her family photo albums, aside from her family of course! “Apart from my family, probably photo albums. We have one for each of our kids when they were babies. It’s like a book for each kid of their first year. I feel like I would keep that,” she said. Sarah and Bryan Bauemler are parents to four children, Quintyn, 11, Charlotte, 9, Lincoln, 5, and Josephine, 3.

3. How She Met Bryan

When Bryan and Sarah say they’ve known each other for a long time, they mean a really long time! The reality couple actually went to high school together. Sarah was in grade nine and Bryan was a senior, so the two didn’t cross paths that much. They ended up reconnecting 10 years later through email after they had both graduated high school, university and their post-graduate programs. They had a mutual friend who copied them both in an email which sparked a conversation between the two which eventually led to them going out on a date! On their first date they went for sushi and saw The Lion King theatre production.

There is so much more to Sarah than what viewers get to see on television. She grew up in Oakville, Ontario, in a small family with two children. She has one older sibling. In university, she earned degrees in Political Science, English and International Business, but afterwards realized she wanted to be a teacher. She leaned on her passion for dance — she had trained as a dancer for 14 years. Baeumler gained her teaching qualifications in Classical Balelt, Modern Theatre and Jazz. In 2006 while her husband was appearing on reality television and working in construction, she opened her own classical dance school in Oakville called Balletomane Performing Arts.

Sarah Baeumler might spend all her time in the country living in their beautiful new home, but that’s not her favorite place to vacation! She prefers somewhere a little more South and a lot more sunny. When asked what her favorite vacation destination is she replied: “For me, it’s Florida. When we go to Islamorada with our family. We take all the kids and we rent a house. And we love it, we absolutely love it. It’s like our home away from home.” 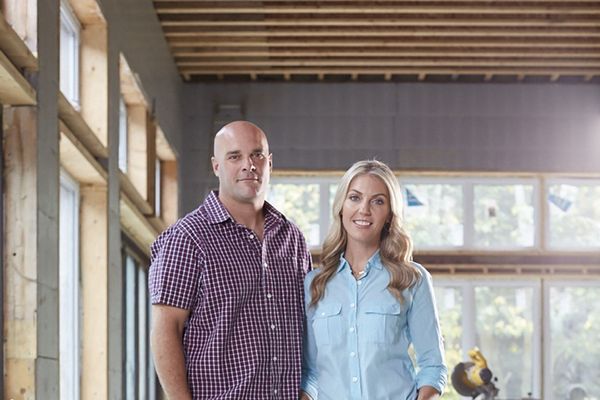