Cancelled HGTV Shows We Wish Would Make A Comeback

HGTV has quickly become one of the most popular and most watched networks on television. Even though there are so many highly rated, amazing shows like Flip or Flop, Fixer Upper and Property Brothers that we love to binge watch or tune into each week, there are also a lot of shows from back in the day that we miss! It seems a lot of old shows are being brought back with either a revival or reboot (like Trading Spaces), so with that in mind here’s a list of 11 cancelled HGTV shows we wish would make a comeback!

Room By Room laid the ground work for so many HGTV shows today and was once the networks highest rated program. The show was developed by married couple Matt and Sheri Fox who were the first to come up with the idea of tackling renovations in real peoples homes. It was the first of its kind back in 1994, plus it was the networks very first show! If you could look past some of the cheesy banter between the hosts, Room By Room did a really good job of showing viewers how a quick renovation could make their home more functional and appealing.

Divine Design had a long run on HGTV from 2003 to 2011. Hosted by Canadian designer Candice Olsen and her team of carpenters, a painter, seamstress and electrician, each episode featured a new renovation of a clients living space from top to bottom. Even though we can still watch Olsen from time to time on reruns or other programs like Candace Tells All and Design Star, we’d still love to see her step back into her original role on Divine Design!

Kitty Bartholomew was a designer who hosted the HGTV show Your Home for eight years! Her most defining characteristic was that she definitely didn’t shy away from making bold choices. She made headlines in 2009 when she listed her Santa Monica home on the market for over $2 million, but more recently she’s stepped away from the limelight on-screen and published two books, “Designer Knitting With Kitty Bartholomew” and “Kitty Bartholomew’s Decorating Style.”

Hosted by the enthusiastic Joan Steffend, Decorating Cents ran for 400-episodes on HGTV and was all about how to get more bang for our buck. Steffend showed viewers how to reuse items once considered trash and turn them into treasures! Each episode featured a guest designer who would help her with a makeover on a measly budget of $500. She provided all kinds of little tips of how to switch up a room by moving around furniture and adding a few inexpensive accessories.

7. Designing For The Sexes

Designing For The Sexes showed us just how much compromise goes into a renovation when working with a couple! Originally hosted by British designer Michael Payne, each episode featured a different couple who worked with an interior designer to design a room that combined both of their tastes. He would talk with the couple separately to come up with a renovation solution that would meet both of their needs. Payne was later replaced with Susan Hunt and then Rick Rifle until it was eventually cancelled in 2011.

Before he became widely known as the host of ABC’s The Bachelor and Bachelorette, Chris Harrison was the host of HGTV’s Designer’s Challenge! He worked on the show for a decade as he challenged hopeful designers to compete against each other for big-budget prizes. It was one of the first shows that had a competitive reality twist to it that is now followed by many other shows like Design Star and Ellen’s Design Challenge. It would be so great to see this show make a comeback, mainly because we want to see Chris Harrison return to his roots!

5. Gardening By The Yard

Master gardener Paul James brought out the green thumb in us all as he walked them through quick and easy projects outdoor projects for homeowners. Gardening by the Yard premiered on HGTV back in 1996 and was a great show on how to manage green space while not having to put too much time into it. He focused a lot on organic gardening and topics like compost, vegetable gardens and other common must-knows! Sadly, the show was cancelled in 2009, but we’re sure it would be a huge hit if it was brought back, especially now with so much emphasis put on clean eating and the environment.

Color Splash was a show created for David Bromstad after he won the first season of HGTV’s Design Star. The show debuted in March 2007 and ran for 8 seasons until 2012. It focused on drastic room transformations through the use of color. Although he’s still around on HGTV, we miss David Bromstad on Color Splash and his classic motto of “Color is the root of great design.” We’re pretty sure the network could always use a little more color!

Former Trading Spaces designer Genevieve Gorder got her own show on HGTV called Dear Genevieve. Each week viewers tuned in to get her latest advice and offer practical solutions to viewers’ most difficult design dilemmas. The show was cancelled in 2010, but fans can still catch her on various HGTV shows like Design Star. Viewers could always use a little more of Genevieve’s sound advice!

Back in the day, homeowners had shows like She’s Crafty, but nowadays we have a little thing called Pinterest. Hosted by Wendy Russell, the show was all about how to make decorative crafts for the home. It would definitely be interesting to see what kind of crafty ideas we’d see on this show if it were to make a comeback. It’d basically be Pinterest on TV — now that’s a hit!

This HGTV reality show first aired back in 2004 and consisted of 30 minute episodes on fixing up homes before they go on the market or if they’ve been on the market and have not attracted buyers. There are now other HGTV shows that have stepped in with the same kind of concept but a fresh new outlook, but Designed to Sell was the first of its kind! The show featured real estate experts like Lisa LaPorta and Clive Pearse who preformed a renovation on a home on a strict budget of $2,000. Not only was there the fact of money, but to make things more interesting these renovations typically happened only a few days before the open house! Sadly, the show was cancelled in 2011, but we’d love to see it back on the air! 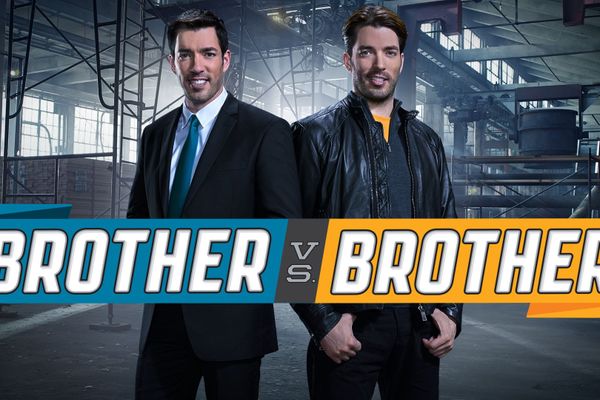