Jenny McCarthy  and Donnie Wahlberg’s relationship has been jam-packed with a lot of public appearances, their own reality show and a couple interviews where too much information was revealed. To some they may seem over the top, but one thing is for sure: they are deeply in love and just can’t stop gushing about each other. With two years of marriage already behind them, check out 10 things you never knew about the charismatic and famous pair:

There are a lot of celebrity relationships out there, and it is always interesting to see what brought them together in the big wide world of the entertainment industry. For Jenny and Donnie they were first introduced by none other than Andy Cohen, but it wasn’t until Donnie appeared on her VH1 show The Jenny McCarthy Show that sparks began to fly. While it might have taken sometime to get the romance to blossom, the pair worked quickly once it did. They came out as a couple in July 2013, and were engaged by April of 2014.

Donnie and Jenny are far from the “normal” couple so of course he got her a ring that matched her personality: a yellow sapphire. Wahlberg also went all out for the proposal by making sure to include McCarthy’s then 11-year-old son Evan. “I was sitting with Donnie and he went into the other room and out came Evan with a card that said ‘Will,'” she said of the proposal story. “And he ran away and came back with a card that said ‘You,’ and I knew what was happening and I just started crying. And then he came out with a card that said ‘Marry,’ but it was spelled ‘Mary,’ and the last time Donnie came out with Evan and Evan’s shirt said ‘Me?’ and he was holding the ring.” Then Donnie asked, “Will you marry me?” “I of course said yes. And in the moment, Evan yelled, ‘I have another dad! I have another dad!’ And it just – it made all of us cry. I am the luckiest girl in the world. He’s so wonderful.”

Thank you for all of the sweet wishes. @donniewahlberg and I are grateful and blessed. #love #bhlove

Neither Wahlberg or McCarthy hide the fact that they are both sexual and flirty people and because of this they had to lay down some ground rules. McCarthy is well known as one ABC’s correspondents in Times Squares for New Years Rockin’ Eve which she began several years ago and quickly started a tradition of kissing a stranger at midnight. After getting together with Donnie, he asked her to end the tradition, and in fact when ringing in 2016, he joined her as a host and the two shared a kiss at midnight. Meanwhile, as a member of New Kids on the Block, Donnie had a reputation for kissing his fans and sometimes making out with them, and Jenny had to request he stop doing that as well.

When it comes to the pair starting their relationship, it seems that McCarthy did a lot of the work. When the pair were first introduced by Andy Cohen, McCarthy reportedly tried to get things going by coyly slipping him her number, but he didn’t call. Then she got him to appear on her talk show where she used sexually suggestive themes such as sucking on lollipops until she eventually kissed him. It was only after this that Donnie finally asked her out.

One thing that has never been difficult for the couple is supporting each other, so even though he had never called Jenny, Donnie still agreed to be on her show in order to help her out. Then, just as they began dating in July of 2013, McCarthy was announced as a new co-host of The View and right away he stepped up to be her very first guest in her new gig, but not before he filled her dressing room with flowers and balloons to congratulate her.

On August 31, 2014, the pair finally tied the knot in the ballroom of the Hotel Baker in St. Charles, Illinois. The pair opted not to make a huge deal of their big day and wed in a quiet ceremony with only close family and friends. They kept the guest list at 90 and had a short and sweet 20 minute ceremony, and went for a romantic red and white theme. Most adorably, Evan walked his mother down the aisle as she donned a gorgeous corseted Di Santo gown. While Donnie’s brother Mark couldn’t attend, he had the groomsmen detail covered with his NKOTB bandmates Jordan Knight, Joey McIntyre, Danny Wood and Jonathan Knight all standing beside Donnie on his big day.

At 43 and 47 years old respectively, Jenny McCarthy and Donnie Wahlberg had no intentions of having children together, but have opened up about bringing their children together to form their family unit, but not without some hurdles. “Integration is not easy for any family, so it took baby steps in some areas,” McCarthy said of her son Evan and Donnie’s sons Elijah and Xavier having to adjust to becoming step-brothers. “We talked about this…We said, ‘It’s funny how we can see how each child is a blessing for each other.’ Like Evan is so influenced by Elijah, Donnie’s son who’s his similar age. And how much Elijah means to me in my life that I didn’t necessarily get from anybody before. So if everyone can just realize that integration is for a reason and you look at it like blessings, it makes it so much easier to just accept what is and kind of go through those bumps and grinds with peace.”

When two stars get together it is always important to have a pre-nuptial agreement, especially when so much money is being pulled in from both sides. Combined the famous couple are worth $34 million with Wahlberg bringing in $20 million and McCarthy adding her own $14 million.

It really didn’t take long for the pair to land their own reality series in the spirit of other couples’ series such as Newlyweds: Nick and Jessica after fans saw what kind of dynamic the two had. Everyone knew that Jenny was an in-your-face kind of personality, but most tuned in to get a better look at the beloved New Kids on the Block member. “I think people are going to be really surprised at how freakin’ hilarious Donnie is…I mean, when I started dating him, I was like, ‘Oh my gosh, he is brilliantly funny!’ So I’m glad people will get a chance to see that in him,” McCarthy said before the premiere of their series Donnie Loves Jenny. The show aired on A&E in January of 2015, and finished its third season in April of 2016. 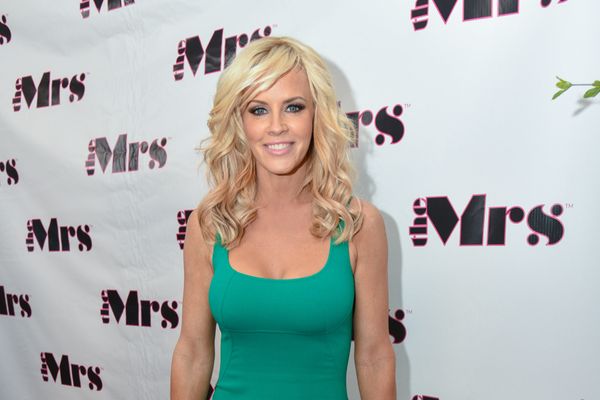