Joe Manganiello is known best for his towering stature and ripped physique, but the actor is way more than just another good-looking face in Hollywood. After some personal struggles, and a lot of hard work he is now one of the most loved actors in the industry with a lot of big name roles on his resume. From a kid in Pennsylvania to a struggling actor to an A-list star, here are 10 things you didn’t know about the ruggedly handsome and talented star:

It shouldn’t be too surprising that Joe Manganiello was typically an all-star when it came to just about anything in his life. Early on he was the captain of his football, basketball, and volleyball teams and not only played varsity in all three sports but was named to the Junior Olympic volleyball team when he was only 16. Despite his skill at football, his career unfortunately came to an early end after he tore his MCL during a high school football game.

Before getting his big break in Hollywood, Manganiello worked many odd jobs but one of his most interesting was working as a roadie for the rock band Goldfinger where he became good friends with the band’s lead singer. Not only was he a roadie for a rock band, he has also sang with a couple as well. The handsome actor sang backup vocals on The Used’s “Lies for the Liars” album for the track “Hospital,” and also sang backup on Goldfinger’s “Wasted.”

Joseph Michael “Joe” Manganiello was born on December 28, 1976 in Pittsburgh, Pennsylvania. He was born to Susan and Charles Manganiello and has one younger brother, Nick. He and his brother were raised in Mt. Lebanon, Pennsylvania, where he attended St. Bernard School and then Mt. Lebanon High School. On top of being an incredible athlete, Manganiello is also very smart and had the opportunity to skip two grades in elementary school but opted not to. When he was 6 he also placed third in a chess tournament, and graduated with honors from his high school in 1995. Despite being gifted both academically and athletically, Manganiello has said it made his life hard. “I grew up a misfit. I never fit in. I had all of these parts that were in direct conflict with each other. I was an athlete, but I was extremely artistic. I was a big strong kid who was also very sensitive and empathetic. I was a jock who was good at math and chess and loved to read. I didn’t know what group to hang out with in school until I started acting.”

After “finding his place” when he got into acting, Manganiello won the role of Jud Fry for his school’s production of Oklahoma! in his senior year. The actor said, “I realized everyone was as weird and out of place as I was, and that I could combine all of those weird opposing characteristics together and create characters that made sense to me in my weird way. Acting was the only place that I ever felt like I belonged so went for it with everything I had,” and decided to pursue it by auditioning for the Carnegie Mellon School of Drama, but was rejected. He went on to the University of Pittsburgh for theater and was eventually accepted to Carnegie Mellon and graduated in 2000 with a Bachelor of Fine Arts degree in classical theater. Right after graduation he moved to L.A. where he was signed with a talent agent within three days and promptly auditioned for Peter Parker/Spider-Man for the 2002 film, and although he lost out, he landed his breakout film role as Peter Parker’s nemesis Eugene “Flash” Thompson.

Since he only made it in Hollywood at the age of 26, Manganiello had to find other ways to pay the bills, and when he was still a teenager, he was hired to dress up like Captain Morgan and do bar events. Although he landed a role immediately after arriving for L.A., it wasn’t the biggest job, so Manganiello revealed he even worked as a bodyguard for other stars. “I screen-tested, alongside James Franco, for my part in Spider-Man the week after I graduated from CMU (Carnegie Mellon) and got the part. However, it didn’t start shooting for six months, so I paid the bills as a bodyguard for singer/actor Tyrese Gibson and as a bouncer at a Mexican rock bar and an after-hours club.”

Now, Manganiello is the pillar of health and fitness, but it was a hard battle for the star to get himself completely healthy after struggling with alcohol and drug use. He began drinking heavily as only a teenager and somehow managed to balance his academics alongside his use, but things changed after he graduated, and it was harder to get roles. “My brain, my body weren’t at 100 percent. It’s a very competitive field, and if you’re not at your best, with clear eyes, showing up ready to compete, you might as well not show up at all,” he said. If anyone is wondering why there is a four year gap between Manganiello’s 2002 Spider-Man role and the rest of his career, it is because he was taking that time to get sober, and pinpoints the day as August 26, 2002. “I [knew] I’d hurt myself so badly, but realized I’d also hurt people around me,” he said. “That’s what made me want to get better. But anybody who has ever fought with addiction or knows somebody who’s been in the grips of it, it’s not that easy.” He ended up working construction jobs for those four years in order to step away from acting and get himself better. “I had to clean up my mess, not just put my head in the sand and walk away from it,” he said. “I tracked down everybody I’d done damage to and tried to make up for it. It didn’t happen quickly — if you walk five miles into the woods, you have to walk five miles back out.” Now, the star is more than 14 years sober.

Unlike some celebrities, when Joe Manganiello is wearing glasses, it isn’t for a fashion statement. Although it is hard to tell because he almost wears contacts, the actor actually has really bad eyesight. In an interview he even revealed that his eyesight is so bad that it can’t be corrected by laser eye surgery.

Over the years Joe Manganiello has been one of the few stars whose personal life hasn’t been completely dragged through the tabloids, that is until recently. Back in 2009 Manganiello began dating actress-model Audra Marie and in October 2010 the pair became engaged but broke up only one year later in 2011. Afterwards, the handsome True Blood star was linked to actresses and models such as Rose McGowan and Bridget Peters, but it wasn’t until 2014 that he got into another serious relationship when he began dating Sofia Vergara. After about six months of dating the two became engaged in December of 2014 and were married on November 21, 2015.

After getting his official start in 2002’s Spider-Man as Flash Thompson at the age of 26, Manganiello’s career took off slightly later than some actors, but his success since has been incredible. After major roles in True Blood, One Tree Hill, and Magic Mike, as well as success as an author, he now has a very impressive net worth of $16 million.

At this point it is pretty clear that there isn’t anything that Manganiello can’t do or hasn’t done. Aside from his successful acting career, he is also one of the most sought after celebrities for fitness advice thanks to his extremely impressive physique. In 2013 he gave all the advice he could with the release of his first book, “Evolution,” making him a published author. On top of it all, he has also tried his hand at directing including 2014’s La Bare, which was a documentary about a male strip club in Dallas, Texas. As a huge Pittsburgh Steelers fan he also directed a short documentary entitled DieHardz about Steelers fans in Los Angeles. 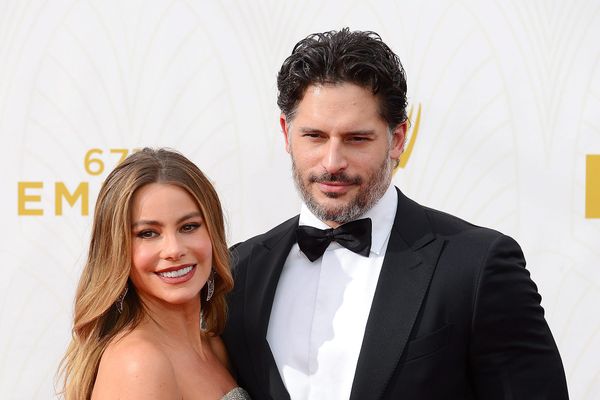