There’s something about Kate Hudson. She’s beautiful, funny, charming, and refreshingly optimistic. She’s definitely the kind of woman you want to hang out with because she’s just that cool. Since she’s turning another year older, we have 10 things you didn’t know about the gorgeous actress!

She’s a wine enthusiast. Her parents were when she was growing up and they would take her and her siblings on wine trips. Her stepfather Kurt Russell started making wine a few years ago, so she and her then fiancé Matt Bellamy started their own wine making company, Hudson Bellamy Wines.

To help her achieve balance in life, Kate practices meditation. “For me it has been Kundalini. It’s an active process. It’s breathing; it’s sort of igniting prana, which is breath. So if you’re feeling anxieties, any kind of frenetic energy, or ‘Ugh, I’ve got to get all this done,’ it actively pushes that and shifts it. When I’ve done that, I find that I feel very still,” she told Elle.

Kate Hudson has green eyes, but magazines will sometimes airbrush them blue. “I just tend to let those things go. I can’t tell you how many covers of magazines I’ve been on when my eyes were blue,” she said. “I don’t have blue eyes. I have green eyes. So, you just kind of go with it, you know, it’s like it is what it is and that’s what people do, you know.”

In an interview with The Telegraph, Kate revealed that she’s a keen scrabble player. She actually disapproves of the game now allowing proper nouns.

Before she dies, the Golden Globe-winning actress wants to do a triathlon. In 2015, she was training to finally do one, but no word yet on whether or not she went through with it.

The Oscar-nominated actress was accepted at New York University’s Tisch School of the Arts, but chose to defer a year because she landed her first film role in Desert Blue alongside Christina Ricci, Casey Affleck and Brendan Sexton III.

Some of Kate’s fears include flying and being alone in her house in Los Angeles.

Kate Hudson has been dancing since she was a young girl and it’s one of her favorite things to do. “I’ve danced since I was a little girl and then I kind of let it go for a while, but I always come back to dance.”

Kate Hudson isn’t one to focus on the negative. When it comes to life and love, she remains positive. “Mum is a Buddhist,” she told The Mail Online. “She has taught me to look at life as lessons to be learned: we all experience love and disappointment, laughter and pain. Her philosophy has stopped me from becoming cynical, which squashes the good things. If you focus on positivity and honesty, you’ll be happy.”

Kate has said that her mom, actress Goldie Hawn, is her hero and so are her children. “My [role model is] easy, mine’s my mom,” Hudson told People. “My children are my role models, too. I think you learn a lot from your kids – the purity and the innocence of how they attack things and how they communicate is inspirational.” 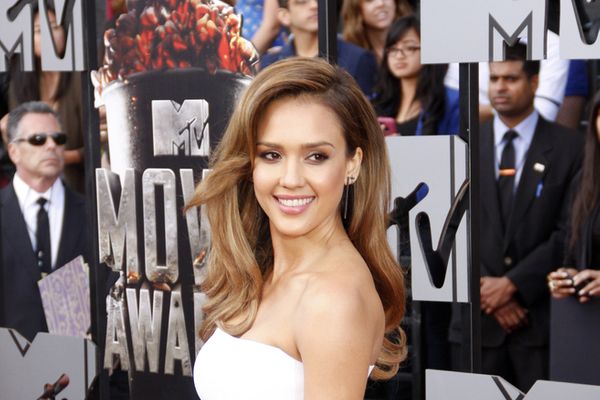 7 Toned Celebs And Their Exercise Secrets