Ryan Adams and Mandy Moore were one of those ridiculously private couples that really kept to themselves during their marriage; however, once they filed for divorce, a lot came out which made the relationship look like it was always destined to fail. We have 10 things about the former couple’s relationship that most people don’t know about – check it out:

No one knows exactly how Moore and Adams met, but what we do know for sure is that when she was writing her 2007 album, Wild Hope, she was inspired by Adams’ music. Many believe that he worked with her on Wild Hope and that’s when they began dating. Even though it was kind of obvious that they were together, he initially denied that they were dating. When a New York reporter asked him about their relationship, he berated the reporter. “I can’t believe you guys would print lies like that. You said Mandy Moore and I were dating!” he howled. “Which we’re not. She’s single, and I don’t know why everyone thinks she has to be in a relationship.”

Even though the indie singer had denied that he and Moore were dating, he released a statement to OK! Magazine when they broke up, blaming the media attention for the split. “Unfortunately I am allergic to paparazzi and have found the best antidote to that sort of nonsense is staying behind the guitar and typewriter, staying close to my support group of friends and band mates and not engaging in activities that prevent me from taking care of myself or others,” he said. “I found the entire speculation and subsequent photographs and intrusions terrifying and only wish to live as normal a life as possible, so that I might always remain punk as f*ck AND sober.”

It took a good month for Adams to see the error of his ways, and he apologized publicly to Moore on his website with a post called “Top 10 Ways to be a Gentleman.” Some of the things he wrote were, “shut up and listen to her” and “hold her hand, be thankful for her, ignore the cameras, and lose yourself in the girl not the game.” He ended with, “I miss you bug.”

In February 2009, six months after getting back together, Mandy and Ryan were engaged. At the time, Ryan made a comment about how he didn’t want to make the wedding a big deal and how he wanted to keep it as low-key as possible, but no other details were given.

A month after getting engaged, Moore and Adams were married in a low-key ceremony in Savannah, Georgia, on March 10, 2009. A friend told Perez Hilton that Moore was “very, very happy” while another source confirmed that Adams was head-over-heels in love with her.

Mandy and Ryan were very private throughout the course of their marriage, but there were a few instances where Mandy gave us a glimpse into their relationship. During one interview with People in 2010, she said that she and Adams were both homebodies who didn’t like leaving the house and that they were best friends. “I feel very supported and loved and at peace,” she said. “My life has reached this really beautiful point where I can sort of look around and go, ‘Wow. I’m so lucky.’ I got my own little happy ending.”

In January 2015, the couple announced that they were divorcing six years after tying to the knot. According to sources close to Adams, he was “desperately trying to make it work up until the days before he filed,” but Moore “had been unhappy for a while.” She reportedly had” tried to make things work,” but realized she “had to walk away.”

During their divorce, the former couple had trouble reaching an agreement because of their pets. In December 2015, she asked for $37,000 in spousal support to help care for their six cats and two dogs. “Although I love our pets, it is overwhelming for me to take care of eight of them all of the time,” Moore wrote in court documents, adding that she had to “cancel a prior work engagement because [her] housekeeper was ill and unable to stay with [their] pets while [she] traveled for work.”

Even though Ryan filed for divorce in January 2015, his and Moore’s divorce took a year and a half because the couple didn’t have a prenup when they got married. Their divorce was finally settled in June 2013. According to their divorce documents, neither of them had to pay spousal support. Moore kept a Beverly Hills condo and a 2012 Prius. Adams was going to keep his comic book collection, their pinball machines, as well as a 2008 Porsche Carrera and a ’59 Cadillac. They both held on to their respective publishing rights for any music created during their six year marriage and Moore got to keep their Griffith Park home, but they had to split the furniture. Adams also had to pay her $425,000 cash because his takeaway assets added up to more than hers.

According to sources close to the former couple, the couple ended up growing apart, mostly because they were really different people. Ryan was an introvert while she was quite social. The age different also didn’t help. When they were married, she was only 24 while he was 34. 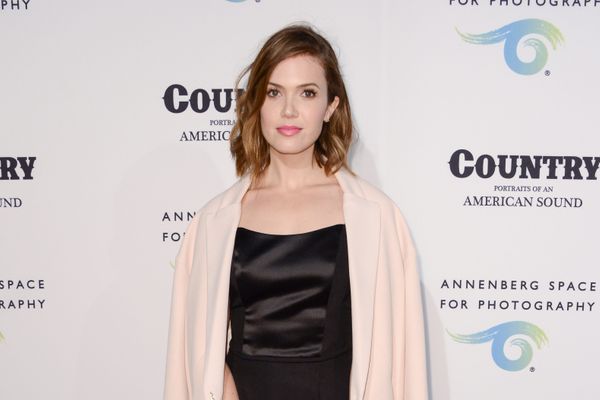