Ready to feel cheated? The Housewives aren’t really from Beverly Hills! Lisa and Adrienne live in Beverly Park, an ultra-exclusive gated community in the Hollywood Hills, which is located in Los Angeles. Kyle Richards and Taylor Armstrong live in Bel-Air. Camille Grammer was quite vocal about coming from Malibu. Kim Richards was based in Westlake Village and Brandi Glanville lives in Encino. A lot of moves have occurred during the show’s run and most of the Housewives’ have more than one property to call home, but as you can see, we’re not talking strictly 90210 here.

Taylor Armstrong may have made her name on The Real Housewives of Beverly Hills, but before she gained her California postal code, she was Shana Hughes from Independence, Kansas. Shana Hughes legally changed her name to Shana Taylor in 1993 and then swapped monikers again in 2005 to become Taylor Ford. She finally became Taylor Armstrong after marrying Russell Armstrong, who infamously took his own life in 2011.

The ladies of The Real Housewives of Beverly Hills may be used to baring it all so-to-speak, but Lisa Rinna really put it all out there back in 1998 when she posed for Playboy while six months pregnant. She recalls the photographers wanting her NOT to be “long and sinewy and angular and muscular. I want you soft.” That wasn’t exactly easy for Rinna who admitted, “This was really hard for me because being 45 years old and posing for Playboy, you want to amp it up.”

7. Kyle Richards Has Appeared In…

Kyle Richards may be most famous as one of the Real Housewives of Beverly Hills, but she has also managed to pile up the acting credits over the years. She appeared in one episode of CSI: Crime Scene Investigation and one episode of 7th Heaven along with one episode of Beverly Hills, 90210. She managed two episodes of Days of Our Lives and a whopping 21 episodes of ER as Nurse Dori. Back in the day, she also appeared in 19 episodes of Little House on the Prairie as little Alicia Sanderson Edwards, the adopted daughter of characters Grace and Isaiah Edwards.

The big bucks might not have been rolling in way back in the beginning, but the ladies were focusing more on exposure back then, already having healthy bank accounts to help them land their spot on the show in the first place. When Brandi joined the cast in season two, she reportedly earned $18,000. Since then her paycheck has ballooned to a nice $175,000. But it’s Eileen Davidson who is really raking it in. When she joined the cast in 2014, she reportedly signed on to make $750,000 per season. However, it’s said that she still makes considerably less than original Housewives’ Kyle and Lisa.

5. Eileen Davidson and Her Husband Reportedly Got Together When He Was Still Married

Back in 2001, future star of the Real Housewives of Beverly Hills was newly divorced from her husband when she was photographed during a sexy weekend Vegas getaway with her current husband, Vince Van Patten. The iffy thing was that, at the time, Vince was still married to Betsy Russell, the mother of his two children.

4. The Housewives Tackle the Written Word

If you want a little time away from the screen, but still need your Real Housewives of Beverly Hills fix, the ladies have you covered. Brandi has written two books since appearing on the show. In 2013, she released Drinking and Tweeting, which was followed by Drinking and Dating. Eileen Davidson has collaborated with Robert J. Randidi on four novels, Death In Daytime (2008), Dial Emmy For Murder (2009), Diva Las Vegas (2010), and Swinging In The Rain (2011).

In 2013, The Real Housewives of Beverly Hills experienced a massive ratings drop when they plunged by 34% on March 11, a two-season low for the show. The show faced another ratings dip during the fourth season when its finale was rated the lowest in the show’s history. Luckily for the ladies, they’ve always managed to bounce back, but it hasn’t always been a steady road ratings-wise.

Back when producers were looking for a replacement for former Housewives Camille Grammer and Adrienne Maloof, Penny Lancaster was reported to be in the running to star in the fourth season. That idea was dashed when Lancaster’s husband, singer Rod Stewart, was recorded saying, “She doesn’t want to do that sort of thing,” adding, “She’s just happy being a mom.”

1. Reports Say Kim Richards, Brandi Glanville, and Yolanda Foster Are Out, But Are They?

It has previously been reported that three of the Housewives were leaving the show, with Brandi Glanville, Yolanda Foster, and Kim Richards being named as the ousted ladies. This left Kyle Richards, Lisa Rinna, Lisa Vanderpump, and Eileen Davidson as the remaining Housewives of Beverly Hills. Although Bravo initially refused to confirm if the rumors were true, it was later reported that Kim Richards and Brandi Glanville would be not be returning for the sixth season of the series, but Yolanda Foster would. 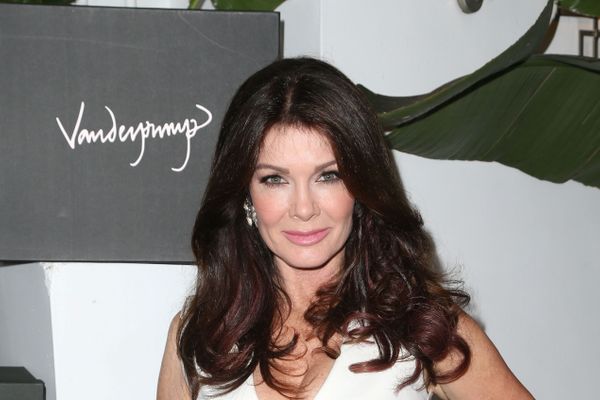