Ariana Madix joined the Vanderpump Rules cast for season two and she quickly became a fan favorite. Over here at Fame10, we really like Ariana. She’s smart, talented and totally level-headed, unlike some of the other members of the cast. She’s also pretty darned beautiful, which doesn’t hurt. Since we are such big fans of the blonde beauty, here are 10 things you didn’t know about Ariana:

She considers herself a comedic actress, not a reality star. She’s been acting for over 10 years and she’s even appeared on shows like NFL Writers Room, CollegeHumor Originals, Dads and Anger Management. She’s also appeared in movies like Killer Eye: Halloween Haunt and Attack of the 50 Foot Cheerleader.

According to Ariana, she and Tom have her idea of the perfect relationship. “Tom and I have had the relationship of my dreams since day one. The openness, honesty, and sense of adventure that we share is very exciting for both of us. We find adventure in everything and love to explore the world together. There is a lot of that in our future,” she told All Things Real Housewives.

Before she was involved with Tom Sandoval, she was in a pretty tumultuous relationship. She started dating him after she shared that infamous kiss with Tom while he was still dating Kristen Doute. “It was a two year relationship, and I actually met him in Vegas while filming that movie. I didn’t start dating him till after the kiss though, but it was the first dysfunctional relationship I was in,” she told iRealHousewives. “There was all that breaking up, making up, arguing, off again-on again, it was a very tumultuous relationship.”

She loves the show The Walking Dead and is kind of obsessed with zombies and the zombie apocalypse. “It’s been my favorite show since forever. I fantasize about a zombie apocalypse. What would I do? If a zombie busted into the room, we’ll make a pretend plan,” she told Florida Today. “First, secure the area, and then you’ve got to make sure you have some sort of weapon, which you may have to make, or find something that you can use. And then decide where you’re going to go. It’s fun.”

The reality star has a Bachelor’s degree in Theatre and Broadcast Communications from Flagler College. After college, she moved to New York City to pursue an acting career and then moved out to L.A. to further that career.

She’s a big fan of HGTV. “I watch a lot of real estate and home renovation shows. That’s kind of, I don’t know, something that I’ve always found interesting,” she told Florida Today. “I watch those shows and then I think I’m the real estate expert, telling people what they can get for their money in Los Angeles because I watch these shows.”

She’s getting her own podcast! “I have a podcast in the works with Meredith Brace Sloss that I would describe as NPR meets a young Hoda and Kathy-Lee,” Ariana told All Things Real Housewives. “We have some very funny and talented guests on the docket.”

The blonde beauty is really interested in space. “I grew up watching space shuttle launches from my front yard, and I’ve always been fascinated with the idea of going to space. I’ve thought about trying to get on that one-way trip to Mars. So anything space-related, I geek out over pretty hard,” she told Florida Today.

Ariana was an award-winning equestrian growing up. She still has a horse that lives at her mother’s place, so she sees it when she goes home to Florida. 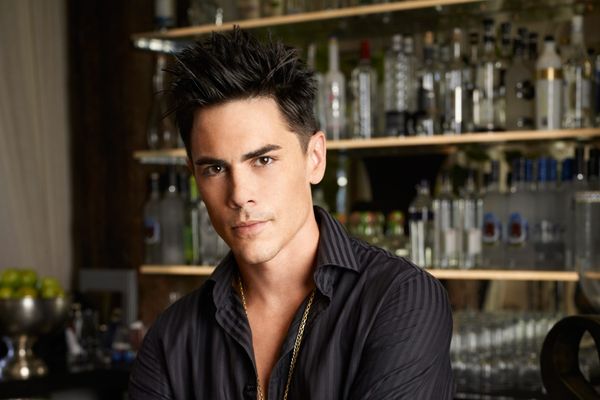