Drew Barrymore comes from a long line of American stage and film actors, and she was quick to follow in their footsteps! She’s held an extremely long career in Hollywood since she rose to fame as a small child and has come a long way since she appeared as Gertie in Steven Spielberg’s E.T. the Extra-Terrestrial. Her fame continued to rise after she starred in a string of hits like Poison Ivy, Bad Girls, Boys on the Side and Scream. After a tumultuous childhood riddled with drug and alcohol abuse, Barrymore has come out the other side and is doing better than ever! She’s now an author, director, producer and an award-winning actress. In honor of her upcoming 42 birthday, here’s a look at 11 things you probably didn’t know about her!

11. How She Met Adam Sandler

In her book Wildflower, Drew Barrymore talks about how she had to “beg, borrow and steal” to get her now best friend, Adam Sandler, to meet her in person. They’ve now played a couple in three successful romantic comedies, The Wedding Singer in 1998, 50 First Dates in 2004 and the family film Blended in 2014. They first met when she was in her early 20s. “I thought Adam had a goodness that was so unique. I could tell that he possessed something different, and I was drawn to his light. I wanted to make love stories, but I wanted them to have a certain energy that was about true love and chemistry and timelessness, and I was convinced of us doing something together,” she said.

Her first acting gig was in a Puppy Chow commercial in 1975. She was only 11 months old at the time! She came in and the dog bit her on the nose. All the parents were terrified of what might happen, but little Drew started laughing and she immediately got the job! It was a friend of her mother who suggested Drew audition for this commercial and before they knew it she was a star. By the time she landed her coveted role in the Stephen Spielberg film, E.T. she had already been in 20 commercials, one feature film and three or four television movies.

Drew Barrymore has done some pretty amazing things in her lifetime — she’s even broken a few records! She’s holds the title as the youngest person to ever host Saturday Night Live. She was 7-years-old when she first took the stage in 1982, and in 2009 she became the first female to host the show six times.

Between the ages of 9 and 14 Drew Barrymore was well known for her partying. She was drinking, doing drugs, and attending A-list parties and bars with her mother, Jaid, on a regular basis. In her memoir, Little Girl Lost, Drew talks about the first time she got drunk which was at Rob Lowes’ birthday party. She was only 9-years-old. “I had grown up very fast and it’s not very normal to see a 9-year-old at a big Hollywood party drinking. It looks a little weird and people were laughing and saying, ‘I dare you to do this’ and I did. I got really drunk and it was such a scary, frightening feeling, yet it was such an escape from everything else in the world that I had a very liking to it,” said Barrymore in an interview in 1990.

Drew Barrymore’s struggles with drugs and alcohol were well documented in the media. She went to rehab twice and even tried to commit suicide, but what many people don’t know is that she owes a lot of her sobriety to rock musician, David Crosby. She spent three months living in his home with his wife, who are both survivors of alcohol and drug abuse. They took her in and coached her through her sobriety until she was finally sober at the age of 14. “I knew her father back when I was using. I’m an old Hollywood kid and I knew her story…I didn’t want to see her go down the tubes. She needed to be around some people that were committed to sobriety,” said Crosby in an interview with People magazine in 1990.

6. She Introduced Jimmy Fallon to his Wife

Jimmy Fallon was introduced to his wife Nancy Juvonen by Drew Barrymore. Juvonen is Barrymore’s close friend and business partner. She founded the production company, Flower Films, with Juvonen when she was 20. They went on to make films like Never Been Kissed, Charlie’s Angels and the baseball comedy, Fever Pitch. Barrymore introduced them on the set of Fever Pitch, and the two got married in 2007.

In 1995, Drew Barrymore posed nude for Playboy at the age of 19. This didn’t impress her god father Steven Spielberg very much. After the magazine hit the newsstands, he sent her a copy but with photoshopped clothes over her. “His art department put clothes on me.” He also sent a quilt with a note attached that said, “Cover Up.” “I was like, ‘Yeah, I know, I’m sorry.’ It’s embarrassing to go through any rebellious stage in front of people that you love and respect, and yet I’m glad I did. I’m glad I lived such a full life before I settled down,” she said in an interview with Allure.

4. Emancipated From her Parents

Her father, another actor named John Drew Barrymore, was a violent alcoholic who abandoned his family when Drew was 9 after he and her mother divorced. Her mother Jaid had little knowledge of how to be a good parent. She was born in a displaced people’s camp in Germany for Hungarian refugees who were displaced after the second world war. She legally separated herself from her parents when she was 14, right after she got out of a mental institution that her mother had sent her to when she was 13 for a year and a half. The experts who worked with her during that time advised her to get emancipated because she’d be better off on her own.

3. Her Baby Clothes Sold on eBay

Drew’s relationship with her mother had some serious ups and downs. She never really had a close relationship with her mother, especially after she was emancipated. Things got really bad between them when in 1995 when Jaid began selling her daughter’s baby clothes in an auction on eBay. In 2015, Barrymore told Oprah Winfrey in an interview that her mother was not invited to her 2012 wedding to Will Kopelman.

Similar to her rebellious stage, Drew Barrymore’s love life has been well documented in the media. She got engaged to fellow actor Leland Hayward when she was 16, but broke it off a few months later. Between 1992 and 1993 she was engaged to Jamie Walters, but once again never followed through with a wedding. In 1994 she married L.A. bar owner, Jeremy Thomas, when she was only 19. They got divorced two months later. She started dating Tom Green in 1999 and in 2001 they were married, but divorced not long after. She married art consultant, Will Kopelman, in 2012, but filed for divorce in August 2016. They have two daughters together, Olive, 4 and Frankie, 2.

In an interview with Contact Music in 2003, Drew Barrymore said she considers herself to be a bisexual and even admitted to having many relationships with women when she was younger. “Do I like women sexually? Yeah, I do. Totally. I have always considered myself bisexual,” she said. Former magazine editor, Jane Pratt, claimed to have had a romance with Barrymore in the mid-90s. 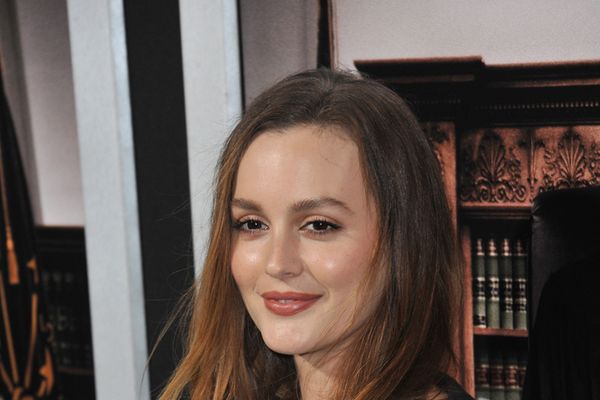