Although the Hollywood stereotype surrounds the idea that celebrities are simply looks and charm, many of our favorite idols are actually more than that! Select celebrities have made a point to place their education at the forefront of their priorities and a few have even announced their decision to take an acting hiatus to attend Ivy League despite their ascension into stardom. Whether Ivy League is part of the celeb’s reputation such as Natalie Portman and Emma Watson, or perhaps their education flew under the radar, follow along for 12 celebs who pursued education and attended Ivy League schools:

Although Claire Danes found Hollywood success with her hit TV show My So Called Life and in various films including Romeo & Juliet and Little Woman, the star decided she wanted to pursue education to gain “a sense of self and development.” She attended Yale for two years before making the decision to drop out to continue pursuing her ultimate calling: acting! Although for some this may seem like a mistake, clearly Dane’s decision served her well and she even earned herself a Golden Globe for her role as Carrie Mathison on Homeland.

The stunning British actress Emma Watson studied English Literature at Brown University in Rhode Island and graduated in 2014. During her time in school, Watson tried to appear as normal as possible and even insisted that her bodyguard dress up as a student on the day of her graduation. The actress was actually enrolled in three different schools, Brown and Oxford included, but had to continuously put her studies on hold for different acting roles which made her eventual graduation a feat.

Oscar-winning actress Natalie Portman has proven to be a multi-talented woman and graduated from Harvard in 2003. She worked as a research assistant and took her studies quite seriously with a former professor claiming, “It was very clear when she was a student that she is a very determined person and capable of focused effort over a sustained period.” While on campus Portman didn’t want to be treated any differently so she opted to go by her birth name, Natalie Hershlag.

After earning a bachelor’s degree at Yale, Lupita Nyong’O went on to pursue a masters degree in acting from the school’s renowned drama program. She was one of sixteen in the elite program and graduated just one year before winning an Oscar for her performance in the 2013 film 12 Years of Slave. We knew Lupita was talented, but she also has the honors degrees to prove it!

Actress Jennifer Connelly attended Yale University where she studied English Literature for two years. She then transferred to Stanford University where she focused her studies on drama and improvisation with famed acting instructor Roy London. Her studies definitely paid off and she went on to land roles in high-profile productions such as Requiem for a Dream, A Beautiful Mind and Blood Diamond.

Parks and Recreation actress Rashida Jones has proven she has a serious side behind her quick wit and quirky character! Jones studied comparative religion and philosophy at Harvard and graduated in 1997. Jones extended her studies from that of the classroom and actively participated as the musical director of a coed a capella group and composed the score for the Hasty Pudding Club’s 149th production of Me and My Galaxy. She also participated in the Harvard-Radcliffe Dramatic Club, Signet Society, and Harvard Black Students Association.

Hunger Games star Elizabeth Banks is a proud alum from University of Pennsylvania and she marked the first member of her family to graduate from college. Banks studied communications and received high honors upon her graduation. During her time on campus, the star was a member of the Tri-Delta sorority and worked in a college theater group that performed for children at local schools.

Best known for her maternal roles in Friday Night Lights and Nashville, Connie Britton proved her words of wisdom extends from that of the television screen and into her real life! The star focused her academics on Asian studies with a concentration on Chinese at Dartmouth college and graduated in 1989.

Although a few of his roles may have been misleading of the actor’s intelligence, James Franco actually attended Columbia where he studied in the graduate writing program which he successfully completed in 2010. He then went on to pursue a PhD program studying English at Yale. He is a double Ivy League scholar which is a far cry from the grill-sporting pimp we saw him play in Spring Breakers.

Pop singer and piano player John Legend is a top-tier academic alongside his successful music career. Legend was highly sought after by the Ivy Leagues and was offered scholarships to Morehouse, Georgetown and Harvard, but eventually settled on University of Pennsylvania where he studied African-American lit. Allegedly one of his friends from college introduced him to Lauryn Hill who recruited him to play piano on her single “Everything is Everything,” and another college friend later introduced him to Kanye West who also worked with Legend in building his music career.

Although the Gyllenhaal family has made a name for themselves as Hollywood royalty, they also have left their mark on the Ivy Leagues! After their mother set the path by attending Columbia, Maggie Gyllenhaal followed suit by attending to study English literature and graduated in 1996. Following in his family’s footsteps, Jake Gyllenhaal also attended Columbia where he studied Eastern religions and philosophy, but dropped out after his sophomore year to focus on his acting.

As if we needed any more reasons to love Mindy Kaling! Aside from her quirky charm and hilarious humor, The Office and The Mindy Project star actually graduated from Dartmouth in 2001. Although she took her studies seriously and graduated with a bachelor’s degree in playwriting, Mindy made sure to stay true to her lighthearted side and wrote a series of satirical comic strips entitled “Badly Drawn Girl” during her time in college. 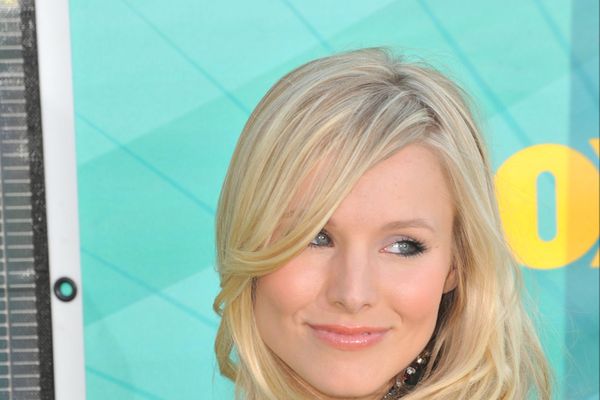 15 Stars Who Went To NYU’s Tisch School Of The Arts!