Melissa Joan Hart has lived a very public life, from her time on the beloved Nickelodeon show Clarissa Explains It All, to ABC’s Sabrina the Teenage Witch, and finally Melissa & Joey. We’ve essentially watched her grow up on television. Since we’re so used to watching her play different characters on-screen, we often forget that she’s actually a wife of 15 years and a mom to three boys! In celebration of their long-standing relationship, here are 12 things you probably didn’t know about Melissa Joan Hart’s relationship with musician Mark Wilkerson!

12. They Met at the Kentucky Derby

Melissa and Mark met in 2002 at the Kentucky Derby where Mark’s band, Course of Nature, was playing a benefit concert. In an interview with Mark, he said: “She introduced the band that night and then we talked afterwards; kept in touch and then started flying off to see each other. And then from there we got married. That’s how we came to be.” 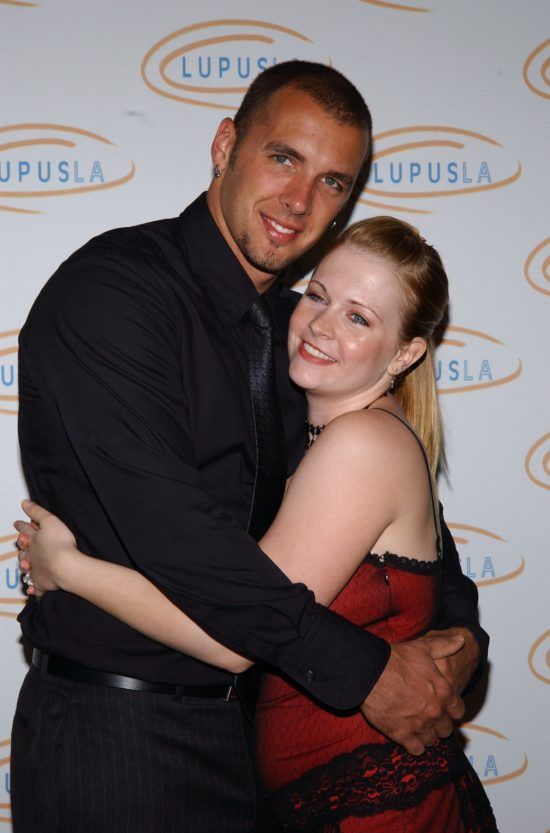 11. Melissa was Dating Someone Else at the Time

In an interview with the Inquisitor, Melissa talked about how when she first met Mark, she was actually dating Jerry O’Connell. “I met Mark and that [same] night I made out with Jerry. But, the next morning at the Derby races, Jerry is hitting on someone else and I said, ‘Oh, I see how this is going to be.’ And then Jerry said to me, ‘When we get back to LA are we going to hang out?’ And I said, ‘I don’t think so, I think I met the man I’m going to marry,’” she said. 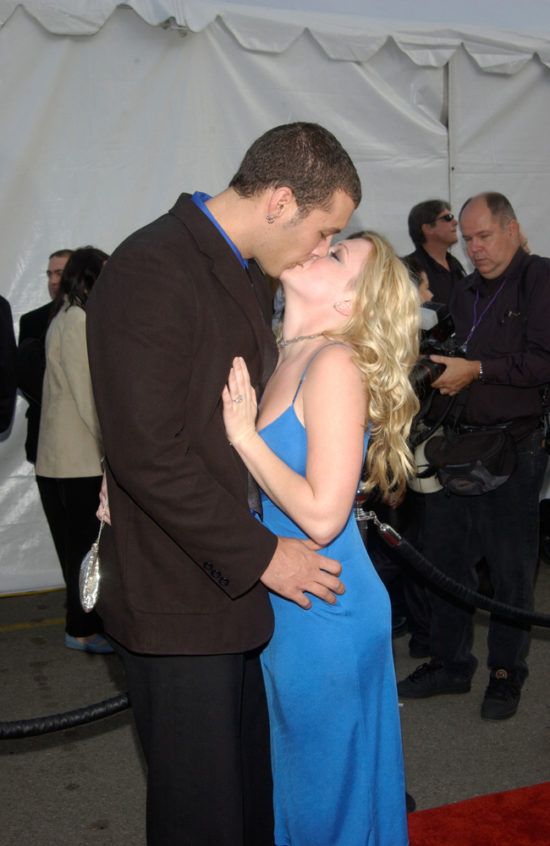 When Mark’s sister Sally first got the call that Mark had met a new girl and her name was Melissa Joan Hart, she totally freaked out. In an interview with People, she also revealed that Mark knew Melissa was famous when she gave him her number. “He tried to play it all cool, but he knew who she was. I screamed and I told my friends, ‘My brother just met Melissa Joan Hart and she asked for his number,’” said Sally Wilkerson. When Melissa and Mark traveled to Alabama to meet Mark’s family, Sally greeted them in the airport and joked she was “a crazy person.” She recalled, “I was like, ‘Oh my gosh, Sabrina the Teenage Witch is coming!’ I made her sign everything. Mark said, ‘Don’t you dare.” 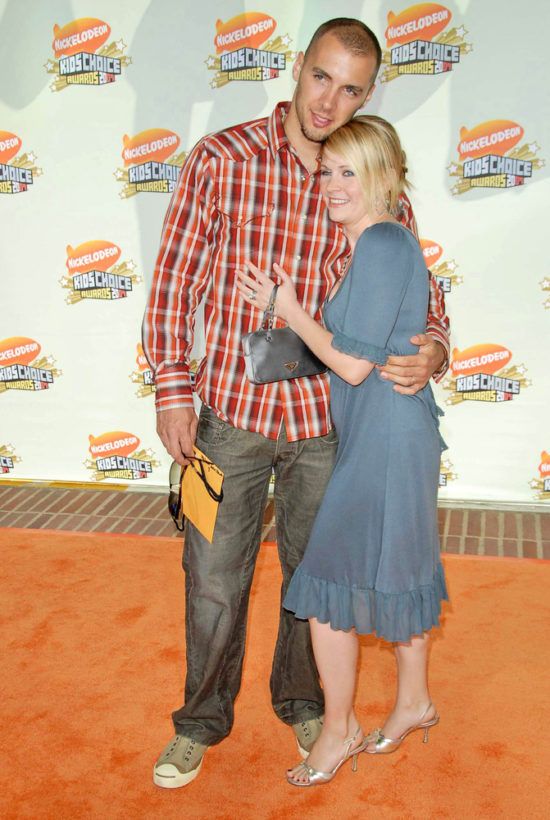 9. She Asked for a Televised Wedding

It’s not unusual for a reality star to have a televised wedding, but it is definitely rare that a primetime television star like Melissa Joan Hart would take part in one! In fact, not only did she agree, she requested it! During an appearance on Late Late Show With Craig Kilborn, Hart said she approached ABC about filming her nuptials. “I actually asked for it because I thought it would be cool to have professionals really shooting the bachelorette party and the bachelor party and the engagement party and the bridal shower and going with me to try on my dress. And I’ll have it all on video. I’m going to produce it so I’ll have total control,” said Hart.

8. Secret to Their Successful Marriage

In an interview with mom.me, Hart talked about how she and her husband, Mark have made their celebrity marriage last for 14 years and counting. “There are highs and lows, and I think you’ve got to go through the valleys to get to the hilltops. You celebrate the good times when you make it through those bad times. My husband and I just accept that we made a commitment to each other, and we’re going to stick it out, and when we hit those rough patches, we just take a breather, step aside, have a good conversation or just give each other room to figure it out. I think it’s about picking your fights, too. What’s really important to you, what’s really bothering you, have those discussions and let the rest go.” 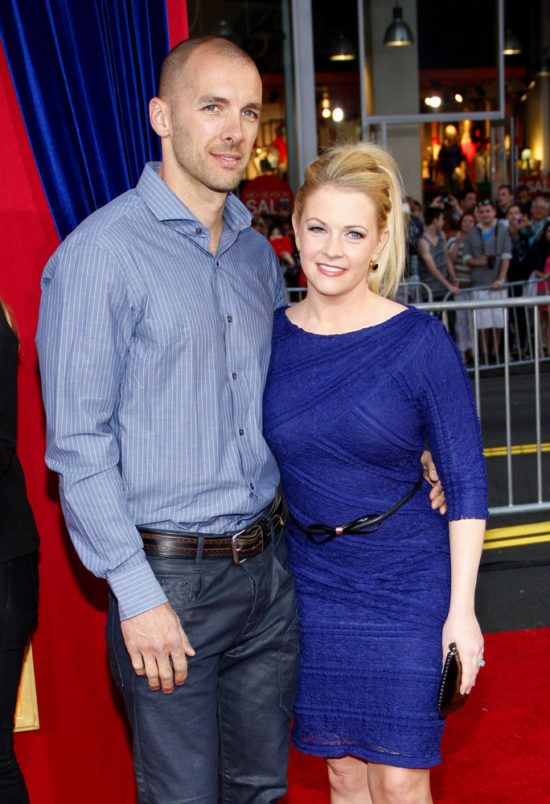 You know a show is good when it inspires you to make a change in your life, whether it’s in your career, friendships or relationships. According to Melissa Joan Hart, Friday Night Lights inspired her to do better in her marriage. In an interview with Huffington Post where Hart was listing off her favorite TV shows, she said: “Friends, How I Met Your Mother, and I swear Friday Night Lights helped my married life.”

After Melissa gave birth to their third child, a son named Tucker, Melissa began focusing on getting her health back on track and her husband Mark was there to help. One of their favorite things to do together is working out. “Since he’s such an avid workout guy, I wanted to have him train me to see how my body could shift and change,” she said to People. Mark also chimed in to add: “This is a good way to join together and spend time — just the two of us — away from the kids. [It also helps] get her back in shape after three babies.” 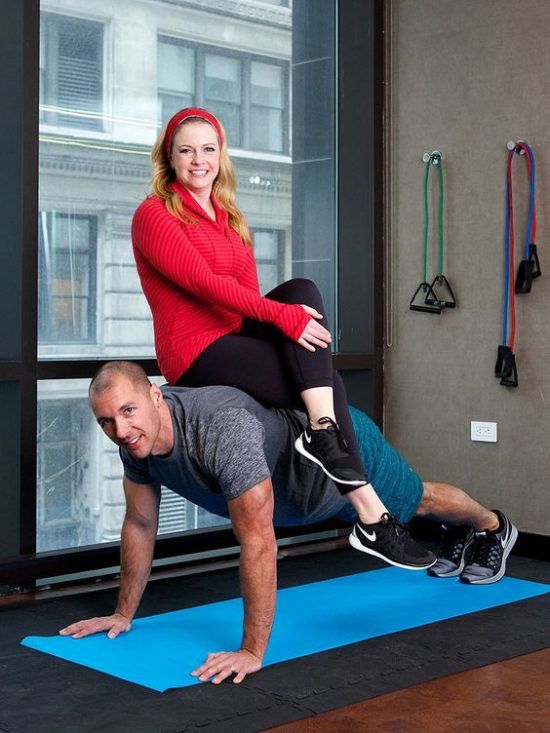 We’ve seen Melissa take on a number of roles throughout her career, but according to her Instagram handle, her favorite role is being a mother! She and her husband Mark are parents to three boys: Mason, 12, Braydon, 9, and Tucker, 5. Not too long ago she was asked if she wanted any more children, specifically a girl. Hart replied, “If I want to have another one and if I want it to be a girl, I will probably have to adopt.” She also said it was something her and Mark had already discussed and that he was content with having only three kids.

Melissa and Mark enjoyed a whirlwind romance. They met in 2002, got engaged 7 months later and were married 7 months after that. In the following 10 years, they had three children! Mark proposed to Melissa on December 26, 2002. In a throwback Instagram post, Melissa shared a photo that was taken right before Mark proposed and wrote, “15 years ago this Dec 26th, just moments before he actually popped the question. He gave me a giant scarf and some kitchen appliance I can’t remember…but kept the ring for last.”

Every celebrity couple needs some kind of relationship hack or rule in place in order to survive the demands of Hollywood. For Melissa and Mark, they make sure to continue having dates, but instead of doing the typical late night dinner date, they go on lunch dates! “Date nights, we’re always tired, and we figure if the kids are in bed then we’re just wasting time, so we really like lunches. We get the nanny to come over and we go out to lunch and have a blast,” said Melissa in an interview with Glamour.

2. Most Memorable Moment from Their Wedding

After all the time she’s spent on television, it’s not all that surprising that Melissa would decide to air her wedding on an ABC special titled Tying The Knot, The Wedding of Melissa Joan Hart. She and Mark got married in 2003, only a year after they began dating. In an interview with Women’s Day, she reflected back on her favorite moment from their nuptials. “The most memorable part of my wedding was during the vows. Mark was crying so hard and we were supposed to put our heads down, but his nose had filled up! I had my grandmother’s handkerchief in my cleavage, so while the priest was speaking, I reached into my dress and everyone giggled — that was the only part of the day that didn’t get caught on camera,” she said. While talking to Women’s Day, Melissa Joan Hart credits a lot of her personal and professional success to the help she receives from her husband. “We take it one day at a time. I think a lot of it is because of my husband — he is able to travel with me to most places and is a great dad. He’s up in the room right now taking care of the boys! He changes more diapers than I do, he cooks — if it wasn’t for him I’m not sure how I could do it,” she said. Sounds like they make a great team! 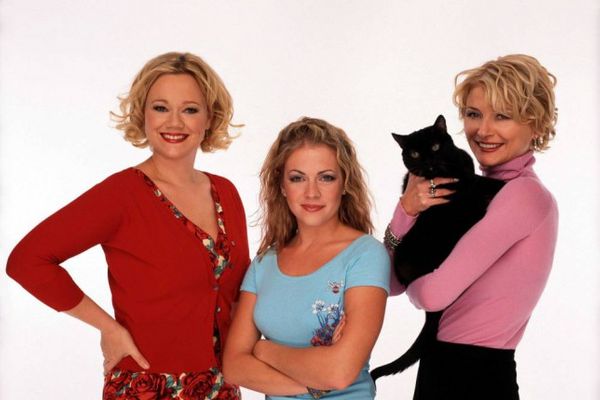