5 Days Of Our Lives Spoilers For The Week (October 2)

So much is going on in Salem this week! Ben interrupts the double wedding and shakes up Sonny by telling him Will is alive. Meanwhile, there is exciting news for Hope and a police officer gets suspended. Learn about these storylines and more in the Days of Our Lives (DOOL) spoilers for the week of October 2nd.

Ben will cause trouble after he storms in to the church and interrupts the double wedding. Abigail will be so upset that she will punch him. He will eventually be taken out of the church and into custody once Rafe, JJ, and Hope struggle to contain him. Before he leaves he’ll tell Sonny that Will is alive.

This will cause chaos for Sonny. He’ll try and grill Ben later on and once Ben is at the police station he’ll tell Sonny once again that Will is alive. He doesn’t provide Sonny with a lot of details or an explanation and Marlena will try to pry information about Will out of Ben this week.

Abe appoints Hope as new police commissioner this week. She’ll be over the moon, but Rafe might not be. While he will put on a brave face, he will also be a little jealous. After JJ snaps this week and makes a violent move, Hope will make her first decision as commissioner and suspend him.

2. Romance In The Air

Despite Ben disrupting their wedding, Chad and Abby will move forward and the couple do tie the knot in the end. They will also have a romantic evening together which is a nice happy ending to all the chaos. Chad’s ex Gabi also gets romanced this week. She’ll share a nice kiss with new love interest Eli.

Brady will feel guilty this week about getting Eric to leave Salem and he will take a shot. Meanwhile, Chloe lets Nicole know about Eric’s feelings. Chloe will also tell Nicole that Brady tried to keep Eric away from her. Nicole wants to find Eric and have a conversation about their feelings. Is there hope for Eric and Nicole after all? Meanwhile, Brady will be preoccupied with Titan. In fact, he and Sonny will find the time to fight over the company this week. Victor will ultimately have to make a decision. 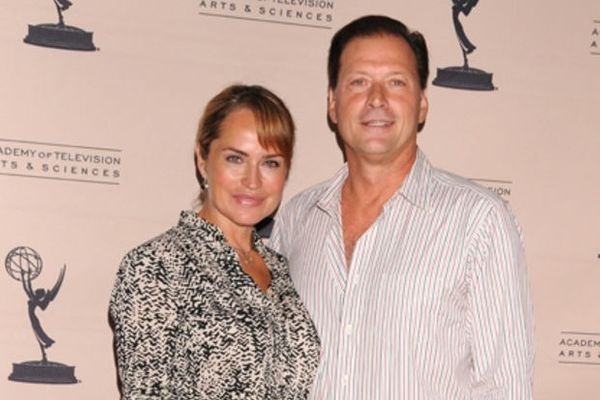