Calling all Days of Our Lives (DOOL) fans…who else misses Carly Manning and Lawrence Alamain? These two were incredible Days‘ characters in the early ‘90s with quite a crazy romance! Interestingly enough, life imitated art and the actor Michael Sabatino and actress Crystal Chappell ended up falling in love on set and getting married. Even though we watch them on-screen, there is so much more to this soap opera real-life super couple than what we see. Here are six things you may not have known about Crystal Chappell and Michael Sabatino.

Both Chappell and Sabatino joined DOOL in 1990 and would end up leaving the show together in 1993. In an interesting turn of events, Sabatino was suddenly fired from the daytime drama, while Chappell’s exit was mutual between her and Days‘ executives. Crystal had simply not been happy with where her character Carly was heading. Crystal would return to Salem in 2009 only to exit once again in 2011.

5. Bold And The Beautiful Connection

While they met on DOOL, both Chappell and Sabatino have had incredible soap opera careers on other shows. Chappell has been on One Life to Life, Guiding Light, as well as Santa Barbara. As per the above, Sabatino has been on Knots Landing, Passions, and All My Children. Interestingly enough, both have been on the Bold and the Beautiful…just at different times. Sabatino was on the show in the early-to-mid 1990s for two years, while Chappell was a trailblazer as the first homosexual character on Bold from 2012 to 2013.

The couple met and fell in love in the early 1990s. They left Days together in 1993 and got married in 1997. Even though they had been dating for years, the wedding was a spur of the moment deal. Chappell had a few days off work, and the two knew they wanted to be together, so they decided to leap in and make it official in early January 1997.

In fact, the wedding was so spontaneous that the couple didn’t have a witness when they headed to a New York courthouse to get hitched. Courthouse applications require patrons to bring their own pen, an interesting story the couple relayed during a 1997 television interview. Even more hilarious was the fact that the people that stood up for the soap couple were not only individuals they didn’t know, but also people who didn’t know them or what they did for a living.

Chappell was 32 years of age when she said ‘I do’ to Sabatino, while Michael was a decade older at 42 years old. The couple celebrated their 20th anniversary early this year. Interesting to note, while Sabatino had never been married before, Chappell had been wed to Scott Fanjoy from 1988 to 1991.

As the world of daytime drama is slowly dying on television, new soap opera series are popping up on the web and have become quite popular. Chappell has been part of this phenomena, co-creating Venice: The Series in 2009 and starring in the show as well. Hubby Sabatino has also been by his wife’s side, acting in the web series too. In addition to the new series, Chappell starred in and produced other soap web series like The Grove and Beacon Hill. 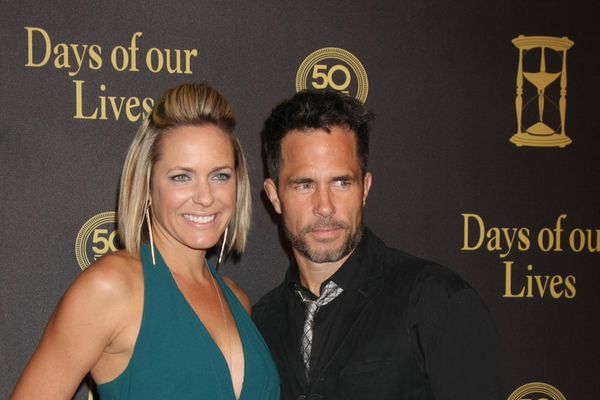