A good relationship is sometimes hard to find, especially if you’re part of the cast of Vanderpump Rules. These young men and women have definitely experienced their fair share of drama when it comes to relationships and we’re pretty sure it’s safe to say that the end is not in sight! We’re counting down Vanderpump Rules’ most hated couples – here are the top 5!

In many ways, Tom Sandoval and Ariana Madix are a much better couple than he and Kristen ever were; however, during season four, it became quite apparent that these two seemed to think they were somehow better than everyone else. Couple that with their incessant negativity and you have one of the most hated couples on Vanderpump Rules.

Scheana Marie and Michael Shay seemed to have one of the best relationships on Vanderpump Rules but, considering how dysfunctional many of the relationships are on that show, that doesn’t mean very much. We really began to question this pairing when he was struggling with substance abuse issues and she confessed that she didn’t want him to be completely sober – it just wouldn’t jive with her lifestyle. She also didn’t want Shay to go to rehab, believing that she could fix everything on her own by administering home drug tests to ensure he wasn’t using. Riiigghhtt.

Tom Sandoval and Kristen Doute had one of the most tortured relationships on Vanderpump Rules. During season one, they didn’t seem so bad, but by season two, it was pretty clear that their relationship was hanging by a threat and it became super annoying. Initially the problems seemed to stem from Tom cheating on her with a bottle service girl in Vegas, but it quickly became apparent that there was so much more in their relationship that was wrong. There was his friendship with Ariana Madix that seemed to be much more than just a friendship and who could forget when it came out that Kristen cheated on Tom with his best friend, Jax Taylor. When these two finally broke up, we were all relieved, with the exception of Kristen. She spent much of season three pining for Tom even though she was dating James and he was with Ariana.

When Kristen hooked up with James Kennedy after getting dumped by Tom Sandoval, many of us were hoping that this relationship would be less tortured than her last, but that was not the case. These two were totally combustible together, especially during season four. Let’s pray that they never ever get back together.

Jax Taylor and Stassi Schroeder were toxic together. When we were first introduced to their relationship, she had just learned that he had cheated on her with some bottle service girl in Vegas (sound familiar?) and had gotten her pregnant. Then in season two, Stassi seemed almost willing to give Jax a second chance, but he had to prove himself to her first, which wasn’t very fun to watch. It was obvious that she wasn’t going to take him back, but she still let him humiliate himself trying. These two breaking up was a really good thing. Stassi was never going to get past it, so they both needed to move on. 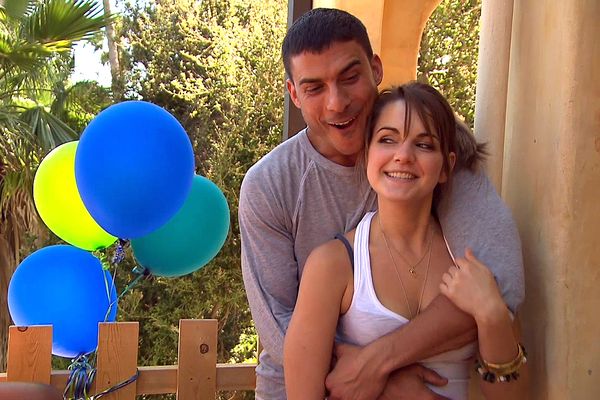