At times Bravo’s Vanderpump Rules may still seem like a bit of an elusive mess (though the show is chock full with drama, hook-ups and drinking on the job), with the peeps who work at SUR restaurant (where a lot of the theatrics take place), somehow maintain a bit of mystery. Maybe that’s exactly why we’re utterly and completely hooked.

We thought it might be fun to dig a little deeper and get to know the wait staff at West Hollywood’s lavish SUR lounge on a different level, and we’re not just talking scandals here, but a look inside some of their side projects and passions as well. Here are 5 things you didn’t know about Vanderpump Rules!

5. What Do We Really Know About Jax Taylor

One of the huge dealers in the drama that goes on with the annoyingly beautiful group is the chronic heartbreaker Jax Taylor. What’s really interesting about Jax though is that even though he has dated (and cheated on) practically every female cast member on the show, there has been continual rumours swirling around that he’s actually gay. Things were never fully figured out, but when an older man from Taylor’s past life in Miami (where he spent time modeling) came back into the picture, things definitely got a bit awkward, as Taylor seemed very nervous to have any light shone on this topic at all.

So, Stassi and Jax were a thing – a very messy thing – for a few seasons of the show and then, Stassi suddenly up and left (but was conveniently back for season three) to go be with a new boy in New York. This new boy was radio personality Patrick Meagher. In NYC, he worked for SiriusXM doing a podcast-type show and he also has experience in sports journalism. Schroeder and Meagher met through Twitter and have been inseparable ever since, though Schroeder has recently said they’ve gone through a bit of a rough patch and have been living separately for the time being.

3. Things Are Looking Up For Katie Maloney and Tom Schwartz

After having practically a whole season dedicated to Katie Maloney getting just a little tired of boyfriend Tom Schwartz’s lack of interest in the marriage department, it looks like the time between seasons has proven quite fruitful for them both because they are now engaged! That major new life achievement coupled with the launch of Maloney’s new lifestyle website Pucker and Pout, things are definitely looking up for these two crazy kids.

The last season of the show was very busy and tiresome for everyone’s favorite troublemaker Kristen Doute. After a raging war chock full of histrionics with her ex Tom Sandoval (as well as her boss Lisa Vanderpump), she has taken her newfound freedom and started a T-shirt line called James Mae, which is named after her niece and nephew. Great news: they’re cute, stylish and affordable and, better yet, if this little venture keeps her out of SUR, so much the better because, did she not seem like the worst employee ever?

Tom Sandoval – who announced on the season three reunion show that he is moving with Ariana Madix – has that model look about him. If you did back into season one of MTV’s The Hills you can actually see him at a model casting call for Teen Vogue. Ariana has a few secrets of her own. She is actually an actress with a list of work a mile long on IMDB; she played “Bar Girl #1” in a film called Working It Out – we knew we liked her for a reason! 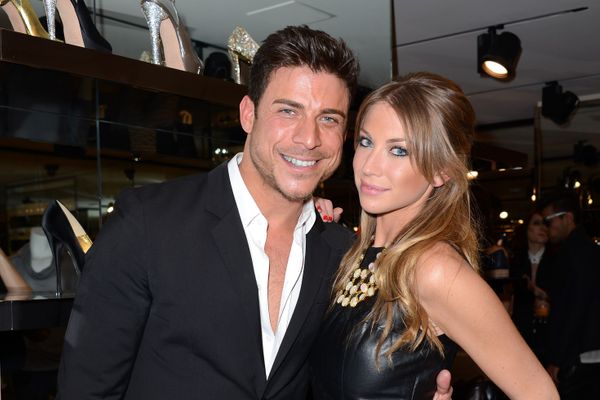