6 Actors/Actresses Who Shared Characters With Their Children

Showbiz is one of those professions that often runs in the family. Many big stars share an interest in acting with their children, and what better way to work together than to play the same character! It rarely happens, but when it does it’s pretty awesome. Here’s a list of 6 stars who shared roles with their children!

Orange is the New Black does a lot of flashbacks which can sometimes be tricky with casting, but the producers got lucky when it came to portraying a younger version of Daya back in season 5. The reason she looks so much like Dascha Polanco is because the actress who plays the character in present day is her daughter, Dasany Kristal Gonzalez!

Tina Fey’s 30 Rock was a hugely successful sitcom that lasted an impressive seven seasons. As the creator and starring actress in the show, it’s no surprise Fey found a way to incorporate her daughter into the show and her daughter definitely proved she’s got her moms funny bone and acting chops! In a flashback episode back in 2012, Fey’s daughter, Alice Richmond, did a hilarious adaptation of a young version of Liz Lemon.

In the 2005 film Kiss Kiss Bang Bang, Robert Downey Jr. shared his role as Harry, a thief posing as an actor, with his son Indio Falconer Downey. Indio played the 9-year-old version of Harry, and Richard Alan Brown plays him as a 16-year-old.

Fans of The Big Bang Theory were ecstatic to hear there would be a spin off of the show coming to television called Young Sheldon, but it was clear producers would have their hands full when it came to casting in order to make sure it resembled what had already been portrayed on the long-running sitcom. Luckily, Laurie Metcalf, who plays the role of Mary Cooper on The Big Bang Theory, has a daughter in the business! It has been announced that Zoe Perry will play Sheldon’s mother, Mary Cooper, in the upcoming sitcom, Young Sheldon.

It’s not surprising that Mamie Gummer would want to follow in her mother’s footsteps, and in the 2007 Lajos Koltai film, Evening, she got to not only work with her mother, Meryl Streep, but play a younger version of her character! The film had a double-narrative with a flashback structure, so there were two major roles to fill and what better actress to play Streep’s daughter than Mamie Gummer herself! Both actresses shared the role of Lila Wittenborn.

Susan Sarandon won an Oscar for her role as Sister Helen Prejean in Tim Robbin’s 1995 film Dead Man Walking, and she got to share the experience with her daughter, Eva Amurri Martino. Sarandon’s daughter played the 9-year-old version of Helen Prejean. 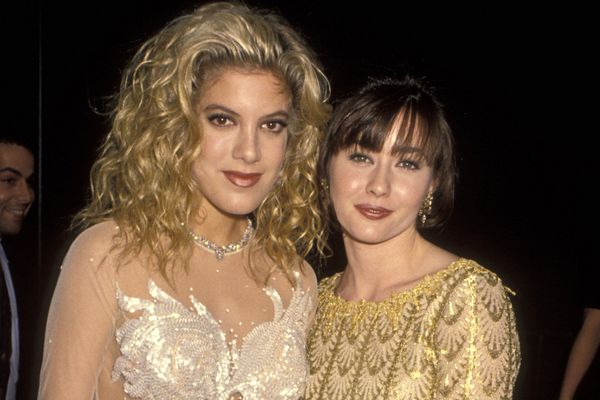