6 Days Of Our Lives Spoilers For The Week (November 6)

Deception, lies, drama, and love triangles … just another typical week in Salem! What will unfold on Days of Our Lives (DOOL) this week? Paul lies to Sonny and Brady accuses Eve of murder while J.J. makes a fatal mistake while on the job. Learn about these stories and others in the DOOL spoilers for the week of November 6.

6. Paul Lies About Seeing Will

Despite seeing Will alive and well, Paul will initially lie to Sonny and the rest of the Salem gang in Memphis about Will being alive. Susan already claimed he was dead, and the fear of losing Sonny to Will overtakes Paul. However, the good news is that Paul won’t be able to keep this secret under wraps for long.

Sonny believes that Will is dead and he’s ready to close this chapter in his life and start a new one. He decides that he and Paul should get married; however, a guilt-ridden Paul simply cannot go through with the wedding. Paul finally tells Sonny the truth and Sonny rushes to find his former love that was thought to be dead.

Tripp is discouraged as Claire is given some good news regarding her latest single. Dad Steve gives him some advice when he confides in him about his feelings for Claire. Meanwhile, Tripp also gets an earful when he walks into a serious chat going on between Theo and Kate. Speaking of, Kate hears more than she should when she listens in on a conversation between Kayla and Steve.

Kate offers Gabi a job this week; however, Gabi isn’t sure about it. Things could get tense for her, considering Abigail has also been offered a job at the company. Meanwhile, the drama continues around who sabotaged DiMera Enterprises, as Andre continues to profess his innocence, while Chad challenges his claims.

Brady slaps a heavy accusation on Eve this week when he claims she killed Deimos. She denies it, but he seems to have proof. New partners Eli and Rafe are off to a rocky start but look into Brady’s claims about Eve. Meanwhile, Eve shocks Victor and Brady with another piece of news, which places their guards up. Eve should be ready for a fight where the Kiriakis men won’t play fair. Speaking of, Brady and Eric have another confrontation this week.

J.J. makes a terrible mistake while working, one that could have deadly consequences for the victim. He accidentally shoots a town resident, and this sends mixed emotions throughout Salem. Some are shocked, upset, filled with rage, and heartbroken. Meanwhile, Chloe tries to encourage Lucas to give up drinking for good. 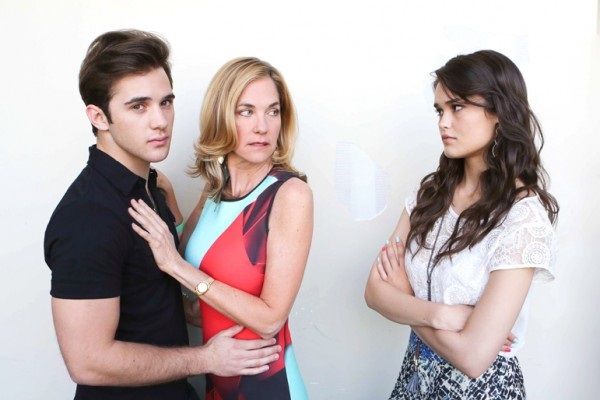