Crazy Celebrity Gifts From Christmas’ Past

There’s nothing like the Christmas season for giving gifts. “Praise Jesus!” exult the retailers, and the billionaire corporation CEOs…especially when the following people are buying the presents. Yes, what you’re about to see borders on the absurd when you really break it down. Some of these gifts cost more than the average American family will make in a decade, but the ridicule these celebrities deal with on the daily? Priceless. They’ve earned their reward. Just ask them. Before we drop our jaws in 2016, let’s consider the gifts of Christmas’ past.

Once upon a time, there was a young actor, and comedian named Nick Cannon, and he had a smile that earned him several million dollars–his dimples, several million more. And this charismatic, young lad fell head over heels in love with a woman he once crushed on as a youth. Her name: Mariah Carey. They seemed an odd couple destined for an eternal bond. So much so, they showered one another with precious gifts to the tune of hundreds of thousands of dollars. For a very special Christmas, Nick really ponied up the cash and threw down FO-Hunnies for a Rolls Royce Phantom. That’s right, $400,000 for a car. Alas, this fairy tale didn’t last after the couple consummated their relationship, and brought twin babies into the world. It was too much. They couldn’t hang. No more Nick and Mariah.

Perhaps we should have saved the fairy tale speak for Kim Kardashian and Kanye West since the two live in their world of delusion so comfortably. We would never argue their entertainment value, or Kanye’s talent…nor the fact that the two of them love to spend some serious cash. The KardishiWests love to go all out for Christmas. In recent years the couple has scored custom shoes for North from Giuseppe Zanotti, and Kanye got Kim a $40,000 hand painted, Hermes Birkin bag that she probably used four times. What did Kim get for Kanye? That ego boost that he always wanted.

What do you do when it’s completely pointless for anyone to buy you a Christmas present? Everyone on this list qualifies for such designation, but Floyd is in a special category. That stated, people still love the “thought” of Christmas getting gifts, even if they can buy their own private island. For Floyd Mayweather Jr., who has surpassed his status as a professional athlete to become a celebrity personality, he splurges all the time. What is awesome about his Christmas splurges are the pictures that follow. Mayweather was given the gift of a rare and exotic tiger from India as an early Christmas gift. He posted a photo on Instagram to show off his new gift with the caption, “I want to thank my family @themoneyteamrussia here in Moscow, Russia for the hospitality & my early Christmas present, a rare & exotic tiger from India.” He then encouraged fans to come up with a name for his new furry friend.

Rihanna is another very generous celebrity when it comes to Christmas gifts, and when we say generous, we mean that she posts photos of them every year for the rest of everyone to say, “Must be nice…” So many of Rihanna’s gifts from Christmases past have been posted online, it forces our hand: we must choose something. We have seen bags, shoes, jewelry, clothing, swimsuits, a rare leather jump rope–we’re not even kidding–and how about that $160,000 Porsche she got from Jay-Z in 2012? Still, nothing really compares to her post of the Jeff Koons original statue that included “inflatable” pool toys on a stool. Yeah, it looks like a bunch of junk–that’s the point–but it’s all constructed from stainless steel. We do appreciate her panache for outside the box.

Ryan Seacrest is a very rich and influential man. It was a shock when Knock Knock cancelled after one episode, but such is the fickle nature of the beast. Fans can rest assured that Ryan lost very little sleep when the show flopped, and he was back at work on the radio the following day. All total, Ryan boasts an impressive net worth of $380 million dollars, so he can’t be the easiest guy to shop for. What do you get him? A better time slot for Knock Knock? His parents still send him gifts, and when they do, it’s obvious that Ryan secured his somewhat dry, yet very witty sense of humor from ma and pa. For a recent gift, they sent him the dreaded gift of gifts–tacky Christmas socks. We’re convinced that this awful gift was actually the perfect gift for Seacrest. He wore the socks well.

One of the most adorable InstaChristmases from recent years has to belong to Drew Barrymore. She was pretty stoked to score a new scarf, which read, “I like flowers I think flowers like me” It’s classic Drew Barrymore, is it not? It does force one to recall her special relationship with the potted flower in E.T. This particular scarf, honoring Drew’s reciprocated like of flowers was no rag from Old Navy. No, no. This scarf was pink, bordered and from a little design shop in Paris known as Hermes. Is there a scarf that is actually worth $1,000? If someone will pay $1,000 for it, it is worth $1,000. Hermes has to enjoy the love it is presently enjoying, just as Burberry was “it” several years ago.

Justin Bieber was made to hold up that index finger. #1. And his most lavish Christmas present? To himself. In 2014, he allegedly bought a jet. No, not a football player, rather an aircraft. And when he offered an InstaGlimpse at the interior, he did so with his platinum locks, and one of his douchiest expressions ever. It is was right to offer a douchey expression because he was a total poser on the aircraft. This is suggested with such candor because Justin really seems to have turned a corner. If on the scale of evolutionary development, he’s now standing upright and the knuckles are no longer dragging the ground. But the thing about the jet? He didn’t really own it. However, we do imagine he used it a lot in 2015, attending his court dates and depositions. 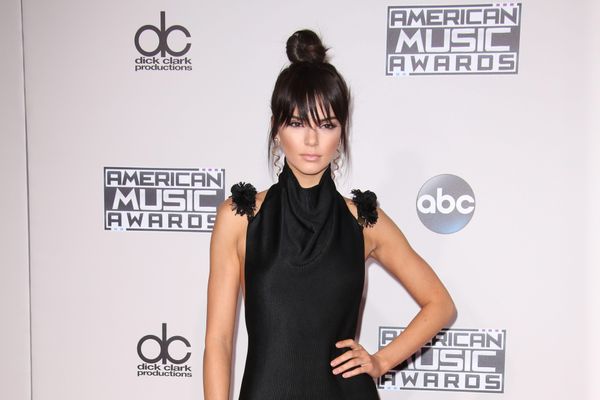