Mark Wahlberg and his wife Rhea Durham seem to have one of the strongest relationships in Hollywood. They dated for eight years before they finally tied the knot and they are still going strong almost two decades later. During interviews, neither one of them discusses their relationship in depth, so it’s hard to know much about this fiercely private couple. They’re celebrating yet another anniversary, so here are 7 things you didn’t about their relationship:

6. She Made Him Believe in Love

According to Wahlberg, his wife made him believe in love. “I was a very nice guy early on. The first time I fell in love, and when I was in jail, she denied me, she didn’t want to wait for me. I don’t want to blame her now but my heart was broken and I decided, ‘I’m never giving my heart to a girl anymore.’ Everything, but not that. And I ended up hurting a lot of people along the way. It was not until I met my wife and we had our daughter that I went, ‘Oh my God, this is happening for a reason.’ So now I have the utmost respect for women and teach my boys that. They shall not take the path that daddy took,’” he told Red Bulletin.

He and his wife like to role play. In fact, she likes it when he dresses up as a handyman and pretends to fix things around the house! “She just wants me fixing things. I wear a wife beater around the house and walk around with a hammer or a screwdriver,” he told Ellen Degeneres. “Like, I’m gonna fix the door or something, [or] fix the garage.”

These two have four kids to keep them busy, but they always make sure to have one date night a week. “Every Thursday. We’ll leave the house in the late afternoon and go to an early movie or just hang out somewhere. Then we’ll go to dinner and catch up. But even when we go out, we like to get home to put the kids to bed,” he told Redbook.

The couple made it official on August 1, 2009. They were married at the Good Shepherd Catholic Church in Beverly Hills. Their three children – Ella Rae, Michael and Brendan Joseph – were present and Rhea wore a strapless Marchesa dress with silver embroidery and a Neil Lane Neil Lane diamond-and-platinum cushion-cut ring with a diamond bracelet and earrings while Mark wore a dark suit. Rhea even converted to Catholicism for Mark before their wedding!

They have four children together: daughters Ella Rae (born 2003) and Grace Margaret (born 2010) and sons Michael (born 2006) and Brendan Joseph (born 2008). According to him, Durham always wanted four children. “My wife has always wanted four, two boys and two girls, so miraculously she got everything she wanted,” Wahlberg told Ellen Degeneres. “She’s saying she’s done.” But she still might have a change of heart! “She loves being a mother, so she may end up wanting one more,” he said.

1. She Doesn’t Like any Sex Scenes in His Movies

Rhea isn’t comfortable with Mark doing sex scenes with other women in his movies. For his film, Broken City, he chose to go nude in exchange for the director Allen Hughes to cut out a graphic sex scene involving his character. “If it has anything to do with me kissing somebody my wife’s not gonna like it so I’ll fight to get it cut out. Those are the more important issues. I usually try to choose my battles wisely,” he told WENN. 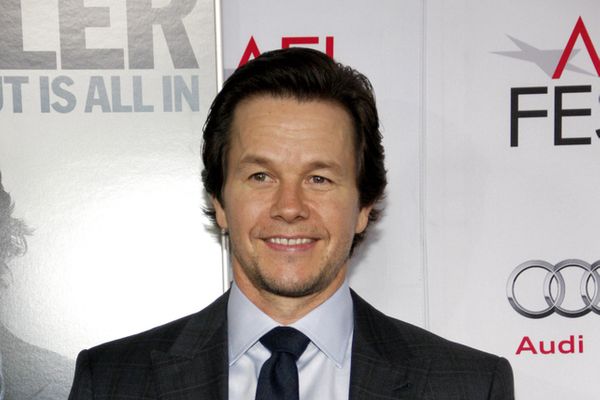