8 Celebrities You Wouldn’t Expect To Be Funny

You ever find yourself watching an interview with someone billed as a dramatic actor or actress, and find yourself laughing more than when a comedian takes the stage? If there is anything that is truly great about Twitter, it has reminded us all that Shakespeare hit the nail on the head by suggesting brevity as the soul of wit. And it is worth mentioning–real humor comes from possessing a fine sense of it, as well as some wit. Obtuse comedy can only sustain for so many minutes. Here’s a little honor for funny people you’d never guess were funny!

Gandalf The Grey is funny? C’mon. For real? For real. Sir Ian McKellen is a saucy old dude, with quite a libido. Ian has never minced words about his sexuality, and he still considers himself a go-getter in every sense of the colloquialism. Now, on to his funny bone. Ian is one of those guys who will broach any topic of conversation. He is well read, well informed and sharp as a tack. But seeing him in interview format on a traditional talk show is where he really shines. He doesn’t take himself too seriously, and he’s always ready with a classic one-liner. This translated perfectly to the screen when he played Gandalf in The Lord of The Rings series, as well as The Hobbit. He’s possesses sage wisdom, built upon a lifetime of rich experiences, and an engaging humor built upon the humility of not having everything figured out.

Remember when Josh Groban was It? There for awhile he was it. He was it in the realm of classical music, and Michael Buble was it in the realm of jazz. Together, they were it at Christmas, because every other song on any given Pandora Christmas station was one of theirs. And here’s the thing about Josh. He seems rather stoic. He seems somewhat dry in personality. It fits well given his vocal stylings, but this fella is one of the best people to follow on Twitter, because of his sense of humor. Who would’ve guessed? Another great way to catch a glimpse of Josh’s sense of humor is at one of his concerts. His banter is rich, and full of wit. This is the reason the guy will always sell out shows, regardless of what he’s singing. And there is evidence of this all over YouTube.

Mae Whitman can be found on Twitter @maebirdwing with the handle of Alabama Whitman at present. Yes, that is a reference to the cult classic, True Romance, and that’s the level of know that Mae lives within. Mae Whitman has been doing it for a long, long time. Just after she was walking and talking, she was auditioning for films and television, and booking huge roles. She was adorable and quite hilarious as a tyke in When a Man Loves a Woman, opposite Meg Ryan and Andy Garcia, and she has always had a knack of offering the comedic relief in any scene of any given film or TV show. She switched it on a dime for Parenthood, pretty much boasting her versatility from show to show. Mae is now the whopping, mature age of 27, and a must-follow on Twitter, where her profile reads, “Half Assin’ It Since 1988.”

The biggest stink of Brian Williams telling a lie, and losing his job on NBC is the fact that he was so good at it. Brian is a true wit, and a total smarta– and he flexed this skill set time and time again on variety of talk shows. There was a reason why he was a favorite guest of hosts such as Conan O’Brien and Jon Stewart. Those guys don’t like to repeatedly invite unfunny people into their presence. Brian suffered from his own sense of humor, many of his critics believing that he was smug, when he was really just sarcastic. In the long run, his imagination, sense of humor and mild cynicism hurt him. We miss Brian. Perhaps he should try stand up comedy? He’s got plenty of material from the last year. He could call it an apology/I’m an idiot tour.

Cate Blanchett has a legion of fans, and a few foes. And Cate Blanchett does at least one movie a year that thrusts her into the conversation of Oscar. What we’d love to see Cate do? Comedy. So much more comedy. Cate Blanchett is another exceptionally sharp individual whose mind is always one step in front of a person asking her any given question. Find a few of her interviews, and it’s not surprising to see her take it down the road of comedy as opposed to talking too seriously about the craft of acting, unless, of course, she is having a one-on-one with another actor like Ian McKellen. For those in concrete evidence for Cate’s funny, simply check out some of her chats with Ellen. There’s a great game of “5 Second Rule” that Ellen and Cate played that proves the aforementioned: Cate needs to do more comedy.

How could someone so serious, so seemingly pissed off and so moody be funny? Sean Penn got his start as an actor through a comedic role, that’s how. Sean the activist was born out of frustration seeing the world without the rose colored glasses, but Sean himself, on any given day, is a funny dude. His late brother, Chris was also a funny dude. We will agree that it is tough to get Sean into the funny zone these days. He seems to take himself a little too seriously, but it is also impossible to deny the stories that trickle as Hollywood lore–stories from people who work with Sean on the regular and paint him to be quite intense while working, but very fun loving, witty and always game for a laugh. An example: his turn as Sean O’Connell in The Secret Life of Walter Mitty.

Charlize Theron has seen it all, and then some. She was actually present in the household when her mother killed her father, who likely would have killed Charlize and her mother in a drunken rage if her mum hadn’t taken up arms. That was the South African world she lived in. Full of hope, yet steeped in tragedy. Charlize is one of those actresses that can do absolutely anything. She can even riff in Afrikaans if anyone doubts her South African upbringing. She can do everything on the fly, but if you let her refine it…? Mercy. Charlize proved her funny worth by being one of the early guests on Zach Galifianakis’ Between Two Ferns talk show. She also did a fun sketch short with fellow South African, Sharlto Copley that allowed another glimpse behind the curtain. She’s funny. Genuinely.

Fans of Mad Men are always shocked to see Jon Hamm outside his slim cut suit, and sh*theel ad executive persona. It’s always an education to read Internet comments, and see how many people surprised that Jon Hamm is so funny. This isn’t such a surprise, being he hosted Saturday Night Live, but a lot of unfunny people have hosted SNL. If recent memory serves…? Donald Trump. Saturday Night Live aside, let’s really address Jon’s funny, that is often forgot about. Bridesmaids. Remember Jon in Bridesmaids? Such a perfect cameo. And how about Jon in Wet Hot American Summer: First Day of Camp? Has there ever been better television than his epic battle with Christopher Meloni? Two contemporary television legends, flexing a skill set you’d never guess they had on Law & Order or Mad Men. Jon is a Hamm. 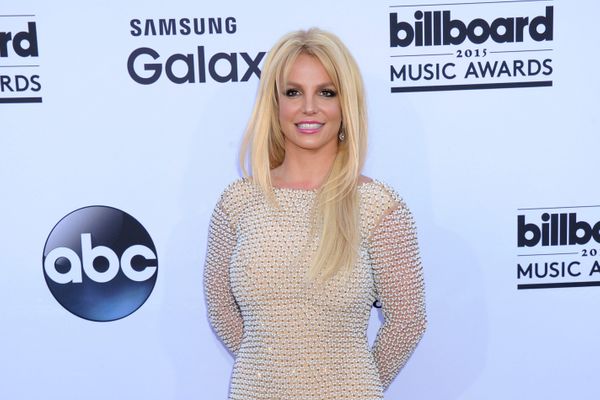 10 Celebrities Who Are Surprisingly Conservative