MTV’s reality television show Teen Mom has been hugely successful and even expanded to include three separate shows with different cast members from the original series, 16 & Pregnant. This show has now been around for 7 years, and in that time we’ve seen their lives change drastically. We are happy to see how far some of these moms have come since their early days on 16 & Pregnant, the ladies (and gents) of the show are now into adulthood, and moved onto marriage, more kids and some even have successful careers. Gone are the days these stars are struggling teens! A part of seeing the cast members grow up is seeing their relationships come and go over the past seasons — here’s a quick look back at some of Teen Moms most forgotten relationships:

Kailyn met Jordan while working at a retail store when she was still living in Jo’s parents house in January 2011. Their relationship ultimately got her kicked out of the house and she was forced to move back with her mother, and then get a place on her own. He was on the show a lot throughout season 1 and 2 as these two got pretty serious. Jordan was a quiet, but nice guy and he seemed to genuinely care about Kailyn and Issac. The relationship ended when Kailyn was unfaithful — in a surprising twist of events she cheated on him with Jo! It was hard to watch their relationship deteriorate on camera, especially since Jordan was such a nice person. They tried to make things work afterwards, but in the end the two decided to part ways. Kailyn went on to marry Javi Marroquin, but they are now divorced. Javi and Kailyn share a son together named Lincoln.

How could fans forget the on and off again relationship between Kieffer and Jenelle? These two have a troubled past with multiple arrests during their time together and a history of drug addiction. Barbara had it right when she disapproved of this coupling in the beginning of season 1. Kieffer met Jenelle at a beach party soon after he dropped out of high school. The couple broke up, but during their second time around things seemed to get a bit better. He even tried to get along with Barbara, but it wasn’t long before things took a turn for the worse again. Kieffer and Jenelle got charged for trespassing while squatting in someones house and for possession of marijuana. She bailed him out of jail and when the two got back together for the second time in 2012 their heroin abuse began. Eventually Jenelle came to her senses, left Keiffer and checked herself into a rehab facility. He’s made some brief reappearances in her life since then. When she broke up with Nathan, the father of her second son, Kaiser, she was caught hanging out with Kieffer once again. That didn’t last long and she’s now happily dating a man named David Eason and they are expecting a baby girl soon.

Much of this relationship occurred during the off-season of filming for the show, so fans weren’t privy to a lot of this relationship. But it was reported that Jenelle and Courtland Rogers knew each other for quite some time before they began dating which was after she broke up with Kieffer for the final time in September 2012. By November she was engaged to Courtland and in December they were already married! Like most of Jenelle’s relationships though, it was short lived. In late January 2013 the two got in a physical altercation and it was reported that she had a miscarriage. All of this caused Jenelle to leave her husband for good and we haven’t heard from Courtland since.

We’ve seen Amber go through numerous failed relationships and she’s even been engaged four different times! One relationship that viewers might not remember, but was documented on Teen Mom, was Mike who she began dating in November 2011. At this point Amber and Gary Shirely were on and off and Mike came in during an off point of their relationship. Remember that romantic Italian dinner these two shared? Viewers thought for sure Amber would scare Mike away with her legal troubles and baby daddy drama, but the two seemed smitten. She said, “I always knew I wouldn’t be with Gary for the long term. But with Mike, I know he’s the one. We never fight. He balances me out.” It’s not clear at what point these two broke up, but it was only six months later that Amber went to jail, so it’s safe to say that relationship didn’t work out!

This relationship goes way back to before Leah and Corey were married. Leah dated Robbie before she even met Corey, and prior to being on 16 & Pregnant. After she broke up with Robbie, Leah began dating Corey Simms who she managed to sustain a relationship with after having his twins at only 16-years-old. The two even get married, but a story soon surfaced that Leah cheated on Corey with Robbie right before their wedding. This infidelity caused a lot of mistrust between Leah and Corey, which they tried to work through, but in the end the damage to their relationship was irreparable and they got divorced.

After Jenelle and Kieffer broke up the first time, she began dating Gary Head in 2011. Barbara gave her full approval for this relationship as Gary seemed to be a nice guy and just what Jenelle needed at the time. The two got serious quick and were engaged in season 4. However, it became clear throughout this relationship that Jenelle still had feelings for Kieffer. She was with Gary for a short period of time and at one point he even bought her a puppy, Brody! However, after their violent altercation the two both faced charges of domestic violence and that was the end of that! Soon after Jenelle found herself back in the arms of Kieffer.

Farrah met Daniel Alvarez in 2011 during the summer after she moved to Florida with Sophia to attend college. These two got pretty serious, more so than some of her other flings and he was even introduced to her mom, Debrah. However, their relationship only lasted a couple months. Things started to go downhill when Farrah and Daniel went to Austin together after just one month of dating. She began asking for full commitment from Daniel, talking about getting married and having more children. Yikes! Farrah really knows how to move too fast, too soon. She then dissed him in the media during an interview with Mom Finds: “To me, the way Daniel acted showed how immature he is. I also think he needs mental help because he acts one way on film and another way off camera. How he behaved just showed me he was a big waste of space.” She clearly didn’t take the break up so well.

Maci and Kyle were once the most adorable couple on Teen Mom — their relationship seemed so sweet. He got a lot of air time during seasons 2 to 4 and had a longtime childhood friendship with Maci before dating her. Fans were heartbroken when they broke up in 2012 after two years of dating. During a reunion episode Maci revealed that the relationship ended because of Kyle’s infidelity. Maci even told viewers that she found evidence in his online chats with other girls. He denied having any physical contact with other girls, and the two eventually reconciled only to break up again months later. We were crushed because it seemed like Kyle was such a great father figure for Bentley and had even bought a house with Maci. It all worked out in the end because Maci is now happily engaged to Taylor McKinney with two more children, and Kyle is married with a son. 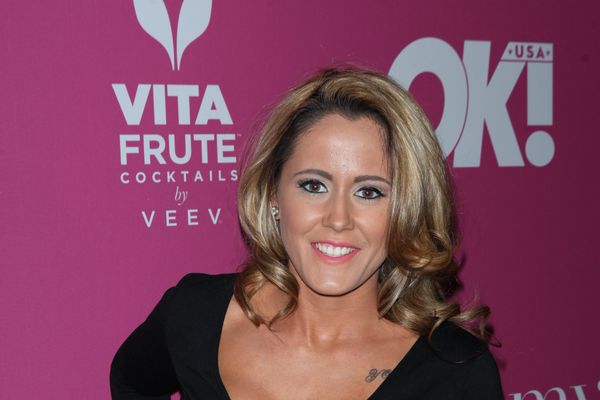