Dan Stevens went from struggling actor to superstar in very little time, and with his latest leading role in Disney’s live-action Beauty and the Beast, things are only looking up from here. With millions of fans thanks to Downtown Abbey, many have already been impressed by his talent, charm and good looks. As his career has taken off, he has earned more and more fans who can’t wait to get to know the star, so here are 8 things you didn’t know about Dan Stevens:

Dan Stevens was known for having too much energy and was often called “difficult” but luckily it was suggest that he try to focus that energy in acting. At the age of 13 he won a lead role in a school play and from the age of 15 he spent his every summer training and performing with the National Youth Theatre. His professional career began in 2004 at the age of 22 when he was cast in a touring production of Shakespeare’s “As You Like It.” After breaking into on-screen roles that same year, he spent six years landing several smaller roles before getting his big break in Downton Abbey as Matthew Crawley in 2010.

Daniel Jonathan Stevens was born on October 10, 1982 in Croydon, London. At seven days old he was adopted by a couple, both school teachers, who raised Stevens in Wales and southeast England. A few years later his parents adopted another son, giving Dan a younger brother. “I’ve been a very lucky product of the process of adoption and ended up with really wonderful parents. It’s an extraordinary thing, adoption,” he said in an interview with the Guardian. He added that he has never had much interest in finding his birth parents, saying, “I’ve done as much research as I need to satisfy my own curiosity.”

Despite ending up with wonderful adoptive parents, Stevens has admitted he was somewhat of a difficult and rebellious child, so at 10 years old they made the decision to ship him off to boarding school. Stevens attended Tonbridge School in Kent. “I know a lot of my school reports as a child said I should stop distracting others, which then led to people nudging me towards school plays and things: just do that on stage and not in the classroom,” he said of his behavior that led him to acting. He added, “Not a lot of people would think that I spent most of my early years totally rebelling against anything I could, getting suspended from school, going on demonstrations.”

Gaining much of his fame from Downton Abbey in which he plays a middle-class lawyer, many are quick to associate Stevens as being posh, but he insists his work ethic comes from his own working class family. “I came out of the wash, I suppose, appearing to be much more upper class than I really am. But when people accuse me of being really posh, I think, ‘Hang on a minute. No I’m not!'” He has said growing up he was far from upper class. “My dad’s family were pretty working class, actually,” and the only reason he was able to go to boarding school was because he got a scholarship.

Stevens has talked about his childhood and sometimes opened up about the difficulties he faced. Along with being rebellious, he has revealed he found it hard to fit in. “At the age of 11 I was about 6 ft. tall and my voice had completely broken. That caused problems. I was this gangly, spotty, very unattractive kid. I wasn’t cool and I wasn’t a nerd. I didn’t even want to fit in with anyone.” Things didn’t get much better when at 13, having heavily invested in acting since starting at Tonbridge he won the lead in Macbeth, which made him even more unpopular. ” I went up for the part of Macbeth. I was up against the 17- and 18-year-olds, but for some reason I got the part. It made me incredibly unpopular with my peers, but it was the English and drama teachers who stepped in to save me when others wanted me kicked out of the school.” Now, however, he finds himself in a really spectacular group of friends which includes fellow talented actors Benedict Cumberbatch and Eddie Redmayne.

Fans of Downton Abbey who have now watched Stevens expand into films such as The Guest and A Walk Among the Tombstones have noticed his change in appearance. Between the first and second seasons of Downton Abbey, he dropped twenty pounds because of the comments made by viewers online. “I took it as positive criticism and started back at the gym and watched what I ate. I’m definitely looking fitter thanks to Twitter,” he joked.

Stevens met his wife, Susie Hariet, while in his early 20s back in 2006 when they were both performing in different theaters in England. After he met Hariet, Stevens said he knew she was the one. “We met and it was pretty instant.” The pair married three years later in 2009 and have since welcomed three children, a daughter Willow, 7, son Aubrey, 5, and another daughter, Eden, 1.

After attending Tonbridge School in Kent where he began his love and interest of acting, Stevens went on to attend Emmanuel College, Cambridge, where he found another love, English Literature. He developed both his interests while at Cambridge  and ended up being a judge for the Main Booker Prize for Literature in 2012 which required him to read 148 novels in eight months. He is also the Editor, co-founder and contributor to “The Junket” which is an on-line literary quarterly magazine that features writing of all sorts from different writers. 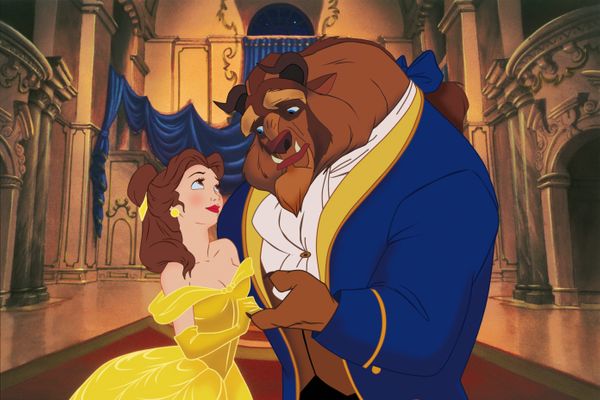