Ghost Whisperer ran for five seasons on CBS before it was unexpectedly canceled in May 2010. Hollywood actress Jennifer Love Hewitt was the star of the supernatural drama series in the character of Melinda Gordon, a woman who is capable of communicating with ghosts and helps those who have trouble crossing over to the light. Hewitt also worked as a co-producer on the series. It’s been eight years since Ghost Whisperer was on the air — here’s a look at 8 things you probably didn’t know about the show!

Even though the show has ghosts on it all the time, they aren’t real! However, while filming Ghost Whisperer, many of the actors and production crew had weird experiences of real hauntings on set and ghosts appearing who aren’t supposed to be there which is really spooky! In an interview with Jennifer Love Hewitt, she gave some examples of what’s happened on set: “I think it’s really cool and exciting and we’ve had all kinds of things happen. My makeup artist, we took a picture of her, and she had sort of this white film over her face, and then we took a picture of her ten minutes later in another part of the thing, and there was nothing. And we had James [Van Praagh] look at it, and he said ‘Absolutely. There’s a ghost attached to her.’ We’ve had lights explode. That’s Jay Mohr’s favorite story…I’ve had them show up around me a lot on film. I think it’s exciting,” said Hewitt.

In June 2008, a massive fire broke out on the Universal Studios backlot destroying the “New York Street” that Ghost Whisperer primarily filmed on. What’s weird is that coincidentally the following season premiere episode of Ghost Whisperer following the fire was all about arson! “That was a total coincidence. In fact, the fire happened as they were getting ready to send out the script for that episode, which freaked us all out a bit! ‘Isn’t our first episode call ‘The Firestarter?’ It was one of those weird things,” said Hewitt.

As we now know, the seemingly successful series was canceled unexpectedly, and that was mainly due to cost and dropping viewership. In 2009, a year before the series was canceled, Hewitt talked to E! News about some of the big budget cuts the show was experiencing. “We are a special effects show, so some of our special effects stuff has had to be cut in half. We haven’t been able to do any actor raises for season five. We’ve had to cut budgets here and there. They have also been talking about actually shooting our show in HD to save money,” said Hewitt.

5. Show Based on Mary Ann Winkowski

The show was somewhat based on the real-life paranormal experiences of spirit communicator, Mary Ann Winkowski. She worked on Ghost Whisperer as a paid consultant for several months. While making the show, she flew to Los Angeles to demonstrate her craft to the writers and lead actress, Jennifer Love Hewitt. She was discovered through best-seller medium James Van Praagh, who also worked on the show as a co-executive producer.

When Ghost Whisperer came to an end, Jennifer Love Hewitt was left with an uneasy feeling because she didn’t feel like the writers did a proper job of wrapping up the story. There were too many loose ends in the series finale and it didn’t do the show justice. “I didn’t feel the series ended the way that [Melinda] deserved for it to. We left the audience sort of hanging, and I hate that. When you’ve taken people on a journey for so long, the least you can do is give them a goodbye. For a show that was about unfinished business, we didn’t get to finish,” she said.

World-renowned psychic, James Van Praagh, was a co-executive producer on Ghost Whisperer for all five seasons, and even though much of the show is exaggerated for entertainment, he still draws on a lot of his work and experience when creating the show. “To a point it’s entertainment. For me I got involved in this work because it was a sense of, and all my work as far as the movies I’ve done for television and for books I’ve written…it really is entertainment, that’s the medium of television. I like to use that medium to get across as best as I can, to get the word out, to get the message across about life after death; about spiritual existence if you will,” said Praagh in an interview with Movie Web.

2. The Town of Grandview

Aside from the pilot episode, which was filmed in Old Town Orange in Orange County, Ghost Whisperer is filmed on the Universal Studios backlot in Hollywood. The town of Grandview is the same set used for the Back to the Future trilogy, the town shots in Gilmore Girls, Pretty Little Liars and The Dukes of Hazzard.

No one was more shocked to hear Ghost Whisperer was being canceled than Jennifer Love Hewitt. In an interview with Zap2it, she admitted that while she knew the show was coming to an end, she didn’t realize the end would be so abrupt. “For me, it was a total shock…I thought out next season would probably be the last, just because the show had been on for a really long time. It’s hard to come up with new things that will keep people intrigued, but I never thought in a million years that was going to have been our last season,” she said. 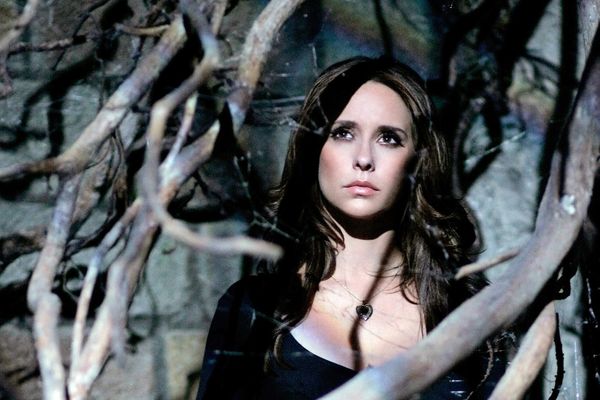 Cast Of Ghost Whisperer: How Much Are They Worth Now?