Reality series have taken on many forms since becoming one of the largest genres in television in recent years. With series like The Real Housewives garnering a huge fanbase, and a huge interest in the lives of the rich and the famous, focus as now turned to the wives and girlfriends of the world’s biggest athletes. Hockey fans have become addicted to W’s Hockey Wives which gives fans an inside look at the personal lives of some of the NHL’s biggest stars. Over the course of its first year, Hockey Wives quickly became a major success thanks to the women who showed what it was really liked to be with athletes such as Ryan Miller, Brandon Prust, Jonathan Bernier and Carey Price, just to name a few. Check out 8 things you didn’t know about the hit series and its stars!

Much like the Real Housewives franchise, cast turnover was pretty high between season one and season two of Hockey Wives. It seems contract negotiations are not just for the pros, as only five of the original ten wives were brought back, adding in quite a few fresh faces for season two, including singer Keshia Chante. While the contract couldn’t be worked out for some, it seems others were either asked not to return and some refused because they weren’t able to balance their already hectic lives with that of being a reality TV star.

Tiffany Parros quickly became one of the fan favorites of the series as a “veteran” hockey wife to retired star George Parros. She is tough, opinionated and smart, and behind-the-scenes quite intimidating to many of the other stars. Star Marion Maripier is engaged to NHL/AHL player Brandon Prust and said it was Tiffany who made her look at hockey wives differently. “She’s so inspiring. She has her own business, she has two kids, she’s a good wife, she’s fun, she goes out and has drinks. You can have it all,” she said before adding, “I was a little scared because she has a b–chy face.”

While many thought of the show as a Real Housewives-esque show, they quickly learned these women were not the same at all. Basically all of the wives and girlfriends from Hockey Wives have their own careers and ambitions and do not just sit around waiting for their husband to bring home the paycheque like many thought. “I like the idea that the main focus was following the women to work and showing basically that it’s not just a bunch of girls sitting on the couch watching TV while their man’s cleaning up around them. It (shows) us actively at work, involved in our own things,” Tiffany Parros stated. For example Maripier Morin is a well known TV host in Quebec; Jenny Scrivens is an athlete and communications expert; Noureen DeWulf is an actress known for her role on Two and a Half Men; and Emilie Blum is a former Intelligence Specialist for the FBI.

After the series premiered in March 2015, Hockey Wives became the most watched series on the W Network that year, and it ranked as one of the top reality series on iTunes Canada.

Many dream of being married to a pro athlete, but the series has shed some serious light on what exactly it entails. The instability of the life dominates everything and as one of the wives put it, “I come second. Hockey is always the first priority,” which is of course something not many people could deal with easily. There is also the constant threat of being uprooted at any moment, as Emilie Blum stated, “It’s a lot of uncertainty and a lot of moving around and not really getting to have any roots anywhere.” Meanwhile Wendy Tippet added, “Starting over again and again with little kids is daunting. I think when people really stop and think about it—in 24 hours your husband is gone to a city that two GM’s decided on—you are left to do everything: sell a house, find a new one, get your kids in new schools, sports teams, all with no help from family as you never get lucky enough to live by your family!”

Hockey Wives also broke another misconception that every athlete and their family lives the high life, but in reality many of them are just like everyone else. “We live in a 900 square foot tiny apartment in the French part of the island in Montreal so we have nothing close to a luxurious life,” Mariper stated. “My boyfriend (Brandon Prust) drives like a normal truck and I have a Ford.”

One of the biggest things revealed by the show is just how concerning the issue of cheating is for the wives and girlfriends of professional hockey players. With each team playing 41 away games each year, there is always that concern, as well as the misconception that many of the players are cheaters, which has come up time and time again in the series.

There are differences between star athletes and, while it is true that some of them do pull in the millions and live in mansions, a great deal more do not. Emilie Blum, from season one, stated, “I wanted to showcase what it was like for the average hockey wife who is kind of struggling between the AHL and the NHL […] there is no stability in our careers.” 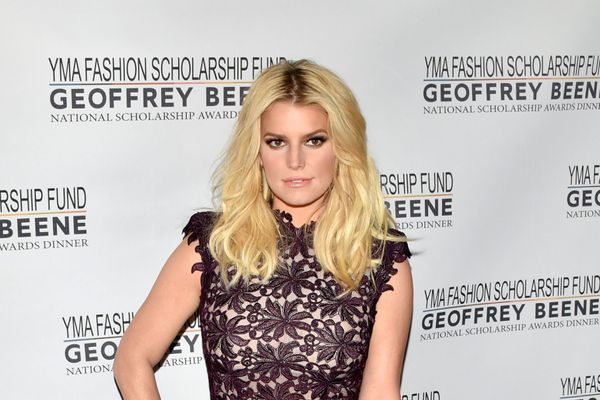 WAGs Who Are Worth More Than Their Athlete Husbands