Jenny McCarthy has done it all. She was a model, a television host, an actress and now a reality star. She first rose to fame in the early ‘90s and she’s managed to stay in the spotlight ever since. This may be due to talent or it could be possibly due to the fact that she courts controversy. Either way, she has a birthday coming up, which is why we have found 8 things that you probably didn’t know about the star:

Jennifer Ann McCarthy was born on November 1, 1972 to a working class Catholic family. Her mother Linda was a housewife and courtroom custodian while her father Dan was a steel mill foreman. She has three sisters and is the second oldest. She grew up in Evergreen Park, Illinois, and South West Chicago and attended Mother McAuley Liberal Arts High School. She was a cheerleader, but she didn’t cheerlead at her high school; instead she did at Brother Rice High School and St. Laurence High School. Once she graduated she attended Southern Illinois University, but dropped out after two years.

During her teen years, she was bullied. “I would have girls wait for me outside of school with pipes, to beat me up. They were picking on me because their boyfriends would look at me on the way home,” she told Ellen Degeneres. “Then it got worse. By the time I got to high school, the girls were throwing pies at my face, pulling out my hair, spitting on me. The worst part was when they lit my hair on fire on the bus.”

Jenny got her career start in 1993 when she modeled for Playboy. Hugh Hefner selected her from 10,000 applicants for the magazine’s October issue because of her “wholesome Catholic girl” persona. Unfortunately, her choice to be in the magazine had a negative effect on her family. Her parent’s house was egged; her sisters were bullied at school; and her aunts, who were nuns, lectured her about her future damnation. In 1994, she was named Playmate of the Year, which kick-started her career. She then moved to L.A. and began hosting Hot Rocks, a playboy show that featured uncensored music videos.

She left Hot Rocks in 1995 for the MTV dating game show, Singled Out, which she co-hosted until 1997 when she left to host her own show on MTV, a sketch-comedy program called The Jenny McCarthy Show. According to her, on the first day of Singled Out, her hotel room caught fire. “My boyfriend, who I brought with me – I had the stomach flu, and I was like, ‘I have to work in the morning, I’m not staying up and watching you, so blow out those candles when you’re done.’ I put my candle on top of hot rollers, and it literally melted the thing, melted the wall, melted the ceiling, went into the bedroom. I was woken up by a guardian angel screaming at me in my dream, which I still remember. We got out of the room. The fire department said five more minutes, we would’ve been dead,” she said.

The former television host dated her manager, Ray Manzella, from 1994 to 1998. She started dating actor/director John Mallory Asher in 1998. They got engaged in January 1999 and were married on September 11th of that same year. In May 2002, they welcomed their first and only son, Evan, who was diagnosed with autism in May 2005. They divorced shortly after Evan’s diagnosis. In December 2005, she began dating Jim Carrey and they continued dating until 2010. In 2013, she started dating Donny Wahlberg from The New Kids on the Block. They announced their engagement in April 2014 and were married in August 2014.

As mentioned, McCarthy’s only child Evan was diagnosed with autism back in 2005. He had been having seizures, which is when she noticed the change in his personality. Experts believe that her son’s symptoms are more consistent with Landau–Kleffner syndrome, which is often misdiagnosed as autism, but she has denied that her son was misdiagnosed. She believes that the Measles/Mumps/Rubella vaccination is what caused it. “Before the vaccination, he was huggy, lovey, snuggly,” she told Us Weekly. “Then it was like someone came down and stole him.” She used Applied Behavioral Analysis (ABA) therapy to treat Evan, as well as a gluten-free and casein-free diet, hyperbaric oxygen chambers, chelation, aromatherapies, electromagnetics, spoons rubbed on his body, multivitamin therapy, B-12 shots and numerous prescription drugs; however, she claims that chelation therapy was the biggest help in her son’s recovery.

The anti-vaccine activist got breast implants when she was 19, but had them removed in 1998 and replaced them with a small set. “Women have to get their ‘tires rotated’ so to speak every 10 years so I never had them fully removed, but I had them taken out and replaced only because I couldn’t fit into normal dress sizes,” she told Fox News back in 2009. 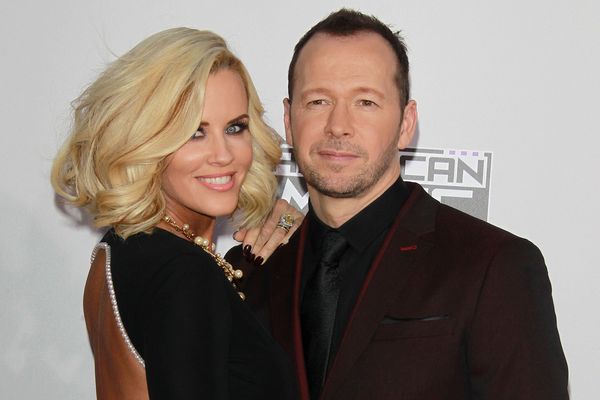