Shawn Mendes is currently one of the hottest stars in the pop music industry. Despite being only 18, he’s already toured with Taylor Swift, collaborated with Camila Cabello and headlined his own tour. Since he’s had such an impressive career and is obviously heading for even bigger and better things, here are 8 things you didn’t know about Shawn Mendes:

Mendes was propelled to stardom courtesy of the social sharing network Vine. He started sharing cover videos in 2013 and within a few months he had millions of followers. By August 2014, he was the third most-followed musician on Vine. In January 2014, artist manager Andrew Gertler discovered him, brought him to Island Records and signed him to the label.

The Canadian singer taught himself how to play the guitar. He was first gifted with his first guitar when he was 14 and he managed to become proficient by watching instructional videos on YouTube and by practicing for five hours a day. The first song he learned how to play was “Soul Sister” by Train.

Shawn Peter Raul Mendes was born in Toronto, Ontario, Canada, to Karen, a real estate agent, and Manuel, a businessman who sells bar and restaurant supplies in Toronto. He has one younger sister, Aaliyah, and was raised in Pickering, Ontario, a suburb of Toronto, where he attended Pine Ridge Secondary School.

The social media star is aiming to have a career like John Mayer or Ed Sheeran. He told Entertainment Tonight Canada that it was Sheeran’s song “Gimme Love” that was the catalyst for him learning how to play guitar. “This is the first song that got me obsessed with guitar and truly singing with soul,” he said. “I remember watching Ed in the studio when he was doing a loop of it. I probably watched it on replay for 4 hours until my mom was like, ‘You have to turn that off I can’t hear it anymore.’” Mayer’s song “Gravity” was also a huge inspiration for the teenage singer. “This one in particular was probably the main song that inspired the entire album. I don’t know if you listened to ‘Ruin’ or not, but a lot of Gravity vibes inside of my song called Ruin. I wanted to create music I could create friendships over. This song is something that made me and my friends a lot closer. I really love this one,” he said.

Shawn got his first tattoo this past summer and it’s pretty abstract! “It’s the woods here and a reflection on water, a sound wave connecting to the city, being Toronto. Actually, the sound wave is my parents and my sister saying ‘I love you,’ so it’s that connection between home, work, and family,” he told Ellen Degeneres.

In 2014, The “Life of the Party” singer launched his Notes from Shawn campaign with DoSomething.org to help combat for self-esteem, depression and of self-harm by having volunteers leave positive messages in unexpected places, like car windows and mailboxes. They relaunched the campaign in 2015. Mendes has also partnered with Pencils of Promise to raise money to build a school in Ghana and exceeded his goal to raise $25,000.

The “Stitches” singer was in high school for two years before he left to pursue a music career. According to artist manager Andrew Gertler, Mendes didn’t have the easiest time at school when he started getting attention for his music. “He always tells me that early on when he was starting to sing and starting to post covers – and this was before anything happened and before anything went viral – he would go to school and people would make fun of him,” Gertler told Rolling Stone. “But he had his core group of friends and his family who had his back.”

In January 2016, the “Treat You Better” singer added another job to his resume – model! He signed with Wilhemina models. In the agency’s press release, it stated that it was looking to help raise Mendes’ brand through “modelling, endorsement and product deals in the fashion arena, seeking out editorial opportunities.” Looks like it worked cause he’s a pretty big deal now! 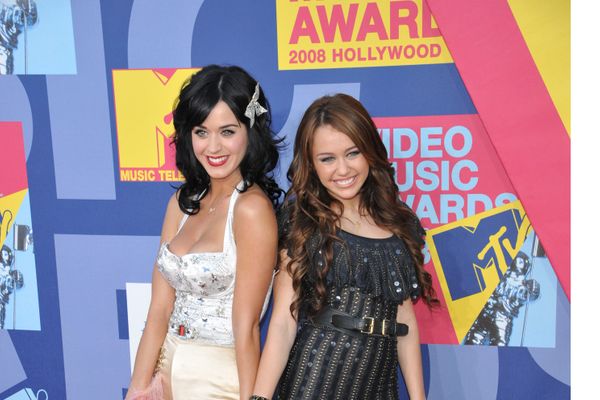