9 Celebrities Who Refuse To Live In Hollywood

Not all celebrities enjoy the hustle and bustle of living in Hollywood, which is why some of them pack up their bags and move elsewhere, and they’re much happier as a result! Others never even bothered to make the switch and stayed where they were already comfortable. Here is a list of 9 celebs who don’t live in Hollywood, or anywhere near the bright lights of L.A. for that matter, and are doing just fine!

Following his throat surgery, John Mayer moved to Paradise, Valley, Montana, after buying a multimillion-dollar, 1970s-inspired ranch with a recording studio and gym. He finds Montana much more relaxing than Hollywood. “I’ve never taken a Xanax out here,” he told Men’s Journal. “I’ve never had a panic attack looking out over a mountain.”

Mark Ruffalo and his wife, Sunrise Coigney, decided to sell their home in the Hollywood Hills and live permanently in their home in upstate New York after he realized that he was taking all these acting jobs just to support their life in L.A. They much prefer their life in Callicoon, where they have their own chickens and rabbits and their own garden where they grow strawberries, rhubarb, tomatoes, basil, corn, raspberries, Honeycrisp apples, and blueberries. Sounds idyllic!

After finding out that she was pregnant, Jamie Lynn Spears left Hollywood and sequestered herself with her family in her hometown, Kentwood, Louisiana, and the moved with her former boyfriend Casey Aldridge to Liberty, Mississippi, before their daughter Maddie was born. Since marrying Jamie Watson, Jamie Lynn has moved back to Kentwood to live with him.

In 2012, Elijah Wood ditched his Los Angeles home for a Victorian mansion that he bought in Austin, Texas, for $1 million. The 3,285-square-foot home was built in 1890 and is located in the hip Bouldin Creek Neighborhood. Wood really appreciates how he is treated like a local in Austin. “It’s such a relaxed vibe. I feel like I’ve always been treated like a local there. I certainly have that awareness of perception, but it’s completely diminished in that world. I don’t feel like it has any cache or that it separates me in a way that’s uncomfortable,” he told Indie Wire.

John Travolta and Kelly Preston’s home is located in the Jumbolair Aviation Estates in Ocala, Florida, and is situated on Greystone Airport with its own runway and taxiway right to their house. According to the actor, he and his wife designed the house for the jets so that they could have access to the world at a moment’s notice. The house is just a 10-minute flight from Orlando, which has enabled Travolta to do business from his home.

The X-Man actor lives in Melbourne, Australia, with his wife, Deborra-Lee Furness, and their two children. In 2016, he told the Herald Sun that he has continued to live there because he loves the Melbourne lifestyle. “It looks like the world’s been washed there is something about the light, and how clean it is, and the people,” he said. “It feels very comforting and comfortable and it makes me happy. I think we have a great balance of life here. We have a go, and don’t take ourselves too seriously. Enjoy your family and enjoy your life. That’s why I love about being here.”

Billy Murray doesn’t live in Hollywood. Instead, he resides in Charleston, South Carolina, where he’s reportedly a very active member of the community. This isn’t too surprising given that he hasn’t lived by any of Hollywood’s rules for years. He doesn’t have an agent or a publicist, so filmmakers who want to pitch projects must use an automated 1-800 number to get in touch with him.

Early on in their relationship, Hilarie Burton and Jeffrey Dean Morgan lived in L.A., but they weren’t fans of the bustling city, so they bought a farm in upstate New York outside Rhinebeck where they raise cows and alpacas. The couple also owns a candy store in Rhinebeck called Samuel’s Sweet Shop, which they purchased with Paul Rudd and his wife. Burton and Morgan are quite happy with the rural life. “I am very happy living here on our farm. If I never work again, I’m a happy camper, because I have all these other amazing creative outlets,” she said.

Chris Hemsworth left Hollywood because he found it “suffocating.” He and his wife Elsa Pataky relocated to Australia with their three children where they settled in Byron’s Bay. He much prefers life there. “Being here in LA, I can’t complain about the place because it’s given me so much, but you are reminded about the industry every step you take down the street. Billboards of films you are not in or wanted to be in or ones that you are in, and everyone talks about the business, everyone you know, and it’s suffocating. And, being back there in Australia this time, I really noticed the difference. And you just distance yourself from it and you feel like a human being again. The experiences I had as a kid, I want my kids to have,” he told news.com.au. 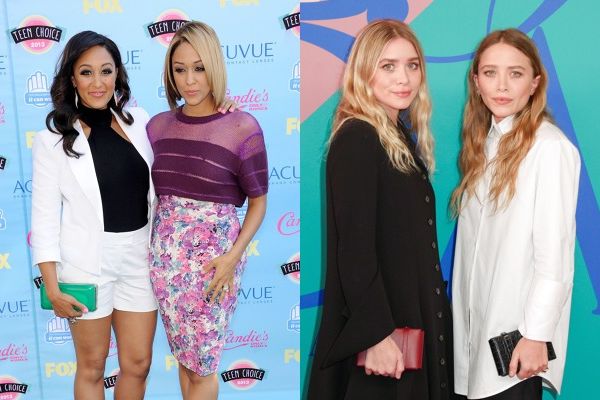