Melissa Rauch has become a household name thanks to her scene-stealing performance as Bernadette Rostenkowski- Wolowitz in The Big Bang Theory. While Rauch may be small, she is a force to be reckoned with thanks to her talent and amazing humor, all of which has made her one of the most beloved characters introduced to the show over its 11 season run. As it turns out, Rauch is in some ways very much like her on-screen character, and in other ways nothing like Bernadette! Here are 9 things you didn’t know about the talented actress:

Before she was finding success on one of TV’s biggest sitcoms ever, Rauch was living in New Jersey and was making ends meet by working as a waitress. She revealed that her very first job was at a sports bar called Johnny Rockets, and joked, “I was kind of like the Rhea Perlman of the bar. I was like ‘Carla’ on Cheers. People were more afraid of me. There was a point where I got a little surly. There were only so many chicken wings I could serve before losing the smile on my face.”

Melissa Ivy Rauch was born on June 23, 1980 in Marlboro Township, New Jersey, to Susan and David Rauch. Rauch attended Frank Defino Central Elementary School, and then Marlboro High School. After graduation she attended Maymount Manhattan College in New York City where she received her Bachelor of Fine Arts degree. Although she often doesn’t talk about her religion, she was raised in a Jewish household, and did joke about her beliefs when discussing waiting for Big Bang Theory scripts. “I was waiting on my doorstep for the first script to arrive, like it was Christmas morning! Not that I celebrate, or anything but if this little Jewish girl knew what Christmas felt like, I’m sure it would be very close.”

A little message from 9 year old me #TBT

From a very young age, Rauche enjoyed performing, and did many comedic impressions for her family as a child. While attending college, she began venturing into stand-up comedy on small stages throughout NYC, but she really gained attention when she put on her one-woman show called “The Miss Education of Jenna Bush.” The show earned Rauch critical acclaim and she even won awards.

Although Rauch has had a few roles, without a doubt her big break was when she was cast as Bernadette on The Big Bang Theory. The actress revealed that, at first, she was only supposed to be a one-time guest star. “Luckily, kind of an actor’s dream, it turned into something more regular. I pinch myself on a daily basis.” She also explained that she based her high-pitched ‘Bernadette’ voice on her mother’s voice.

Funny on-and-off the screen, Rauch has often talked about her love of arcades and rollercoasters, stating, “I love an arcade. I love a boardwalk game. But I also love a rollercoaster. Though I think the rollercoaster love comes from the fact that it took a really long time for me to reach the height requirement, so I promised myself very early on that when I reach that, I will not take it for granted.” Rauch also revealed that when she and her husband first moved to L.A., and finding work wasn’t easy, they turned to Disneyland to cheer themselves up. “When I was out of work when I first moved to L.A., one of the first things my husband and I did was buy season’s passes to Disney, and whenever I was bummed out about work, we would go to Space Mountain, and it was like a physical injection of anti-depressants.”

Although Rauch’s biggest role is her part as Bernadette, she has made appearances in several other series and films along the way. After getting her start in 2006, she is most known for her one episode role in The Office and her six episode role as Summer in True Blood. She also starred in her first film with 2015’s The Bronze, and offered her voice for a part in Ice Age: Collision Course. Back in 2015, Rauch and her husband were slated to co-write a new series for CBS called If We’re Not Married by 30, but nothing has come from the script commitment as of yet.

While studying at Marymount Manhattan College, Rauch met Winston Beigel and they began dating. They not only ended up getting married, but also became writing partners. They co-wrote and were co-executive producers of the Sony Pictures film The Bronze, which Rauch also starred in. While her husband is much taller than her, standing over at 6 feet, she said she has always fallen for the funny guy. “I absolutely love a funny guy. I am a sucker for it,” she stated. Interestingly, after they were married Winston took on Rauch’s last name and now goes by Winston Rauch.

Although Rauch only got her on-screen start in 2006, and for the most part only has had small roles on multiple TV series, everything turned around for the actress when she was elevated to a series regular in season four of The Big Bang Theory. Now, she only has 20 acting credits to her name, but an estimated net worth of $8 million which is thanks in larger part to her $75 thousand per episode salary.

Although Rauch stands at only 4’11” she hasn’t let her height stop her from trying anything, and as a child she had a lot of interest in many different sports. Rauch has stated she likes kickboxing, yoga, volleyball and biking, but revealed that when she was young, her true talent was softball. “I am pretty much highly mediocre at everything athletic related. Although, I was voted MVP of my little league t-ball team when I was six,” she told talkhumor.com. “For real, I was the only girl on the team and I was unstoppable. I got a trophy and a gift certificate to Chucky Cheese. I was a force to be reckoned with; I don’t know why they insist on you playing without a tee when you get older…it’s absurd,” she joked. 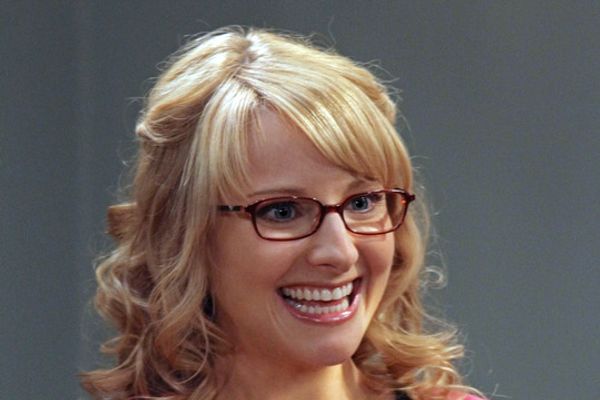