Meghan Trainor is considered an unlikely pop star. She came out of nowhere in 2014 with her curvy body and her booty-popping hit, “All About That Bass.” Even she is surprised by the level of fame she’s achieved, but she better get used to it cause she’s here to stay. There’s still so much that people don’t know about the Grammy-winning singer, which is why we have 9 things here to help you get to know the wickedly talented young star:

The singer-songwriter has not only written a number of successful songs for herself, but she’s also written hits for other artists. She wrote “Sledgehammer” and “Brave Beautiful Honest” for Fifth Harmony; “Ain’t Your Mama” for Jennifer Lopez; “Road Less Traveled” for Lauren Alaina; “Painkiller” for Justin Derulo; “Can’t Blame a Girl for Trying” for Sabrina Carpenter; and “I Like the Sound of That” for Rascal Flatts.

Meghan Elizabeth Trainor was born on December 22, 1993, in Nantucket, Massachusetts, to her mother Kelly Anne and her father Gary Trainor, who was a music teacher and a musician. She has one older brother, Ryan, and a younger brother, Justin. She and her two brothers left Nantucket when she was in the eighth grade. Her mother first moved them to Orleans, Massachusetts, before moving to North Eastham, Massachusetts, where she and her brothers attended Nauset Regional High School.

The “All About That Bass” singer took an interest in music when she was a child. When she was seven, she learned to play the piano and wrote her first song when she was 11 to toast her uncle at his wedding. Her father then bought her a Macbook so that she could use the GarageBand feature to write and record more songs. When she was 12, she formed a band, Island Fusion, with her aunt, her younger brother, and her father; she played the piano, guitar and bongo drum, and performed with them for four years. When she was 13, she wrote her first original song, “Give Me a Chance.” While in high school, she studied guitar, as well as sang and played trumpet in a jazz band for three years.

6. All About That Bass

She co-wrote the song “All About That Bass” with producer Kevin Kadish and her publisher shopped the song to every singer around, including Beyonce, but no one wanted it. That was when Trainor decided to keep the song for herself. She landed an audition with Epic Records chairman L.A. Reid and sang the song for him with a ukulele. He signed her and the song was released during the summer of 2014. It became a viral hit and reached number one in 58 countries and became one of the best selling singles of all time.

In an interview with Billboard magazine in 2016, the singer claimed that she’s never voted and had no desire to: “I think it’s ridiculous that random crazy people can buy guns. I should be way more aware, and if it was [Clinton] or Trump, I’d definitely vote for her, but I’ve never voted and I don’t have any desire to.” She received a lot of criticism for this so, several days after this interview, she told Entertainment Tonight that she “figured it out” and was now going to vote in the upcoming election.

When she was younger, the “Lips Are Moving” singer didn’t have a lot of luck with relationships. One guy told her that he’d date her if she lost some weight and the other guys she dated in high school didn’t have jobs and expected her to pay when they went out. She ultimately decided that she deserved better though, and now she’s officially dating former Spy Kids star Dylan Sabara.

In 2015, the Grammy-winning singer’s vocal cords hemorrhaged multiple times. As a result, she was forced to cancel the remainder of her MTrain tour, as well as undergo complete vocal rest. Sam Smith – who also had issues with his vocal chords – convinced her to undergo surgery to fix it. After surgery she had to stay absolutely silent for five months but, now that she’s healed, her voice has been stronger than ever.

The “Dear Future Husband” singer is good friends with actress Chloe Grace Moretz. They met in 2015 at KISS FM’s Jingle Ball in L.A. “She and I, when we were growing up, we both dealt with being left out of a lot of situations and not being invited into people’s friend groups. We just think that squad-specific exclusivity doesn’t go along with what we believe in,” she said. These two are such good friends that it was Moretz who introduced the singer to her current flame, Daryl Sabara!

In a 2014 interview with Billboard, Trainor received a lot of flak when she revealed that she doesn’t consider herself a feminist; however, as of 2016, she’s done a complete 180. She claims that before she wasn’t aware of what feminism actually meant but, after learning more about it, she realized that she is in fact a feminist. 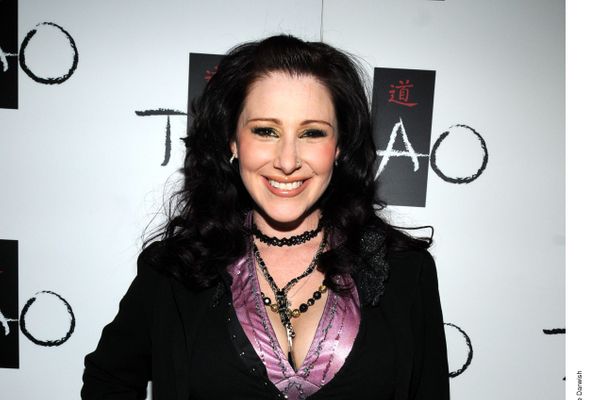