Over the years our favorite bachelors and bachelorettes have been faced with their fair share of awkward situations, but when they take center stage on the After the Final Rose episode, we can’t help but cringe…and laugh. This list takes a look at some of the most awkward After the Final Rose moments of our beloved Bachelor franchise.

Enough said, right? Everyone was stunned when Jake Pavelka chose Vienna at the end of his season of The Bachelor, but the ugliest part of their relationship was broadcast as a Bachelor special which is now known to fans as “The Showdown.” The episode captured the couple in mid-breakup mode as they flung accusations at one another. Vienna confronted Jake, calling him a “fame whore” and a “liar.” She said she expected a normal life with a pilot, but instead got a life in LA with an unemployed actor pursuing a career in the biz. By the end of the he-said, she-said slandering, Vienna seemed to emerge as the winner, and America was left lifting its jaw off the floor! The whole thing should have been done in private, but the two exposed themselves fully…and earned spots on the second season of Bachelor Pad.

The name Juan Pablo triggers a lot of memories for Bachelor viewers, but no one should have more embarrassment than Pablo himself after everything he said during his season as the Bachelor. The After the Final Rose episode was the most awkward and painful of all time…even according to Chris Harrison. Chris greeted Juan Pablo with the statement, “Finally, it’s over!” And we shared his sentiments completely. We all expected Juan Pablo to show Nikki some love, but even with constant probing by Harrison, Juan Pablo continued to be cold and distant. The juiciest bits of information we got was from runner-up Clare Crawley, who revealed just how awful Juan Pablo was to her. The episode ended with Harrison saying, “I would like to say you guys are in love, but it’s so awkward because we can’t have a conversation.” Yikes!

Brad Womack made one of the most controversial decisions in Bachelor history when he shot down both women in the season finale…in spite of flying DeAnna’s Pappas father out to ask for permission and picking out a ring. When he appeared on the After the Final Rose episode, he was one of the most hated men in America, and when Chis Harrison asked him to defend himself, things just spiraled from bad to worse. He claimed to be heartbroken and the audience laughed audibly when Chris asked, “then who is right for you? You just blew through twenty-five beautiful women.” The episode was tough to watch and left us all cringing as much as Brad!

Love him or hate him, Nick Viall calls it as he sees it. Unfortunately for bachelorette, Andi Dorfman, this direct approach brought a lot of embarrassment on the After the Final Rose special. Nick called Andi out for the time they spent together in the fantasy suite and said, “If you weren’t in love with me, why did you make love with me?” Yikes! Doesn’t he know the rule? What happens in the fantasy suite, stays in the fantasy suite! Nick’s honesty was met with audience gasps and viewers at home were left writhing with discomfort. After all, her fiancé, Josh Murray, was about to join her on stage and what kind of gentleman kisses and tells like that?

Everything about this couple was wrong! Courtney was known as the real-life mean girl and the couple’s skinny dipping brought the show to a new level of low-brow. Their engagement was short-lived, obviously, but the After the Final Rose episode was still super awkward. The couple revealed that they had broken up and Courtney said she felt “abandoned.” Ben was forced to face cheating rumors as Chris Harrison called him out on pictures that had surfaced of him with other women in the tabloids. In the end, things became especially confusing when Ben gave Courtney an engagement ring for the SECOND time, even after she said she wasn’t sure if they were even together and that he did nothing to console her while the media tore her apart! Clearly, those two were a recipe for disaster!

Alright, so it wasn’t the Final Rose episode, but when Rozlyn Papa was confronted by Chris Harrison for her affair with one of the show’s producers, things got super awkward! During the Women Tell All special, Papa responded to Harrison’s line of questioning with her own accusations, condemning the then-married Harrison for hitting on the fired producer’s wife in the past. Chris said that he wouldn’t “dignify that with a response,” and then said, “I hope you will become a better person through this.” Boom! Talk about tension! When The Bachelor franchise host is lashing out at you, you know you’ve been completely embarrassed!

The one thing that Jordan didn’t want, was to be once again outshone by his famous football playing brother, Aaron Rogers. But Chris Harrison had other plans when Jordan and JoJo Fletcher appeared on the After the Final Rose episode. Harrison continuously steered the conversation to the Green Bay quarterback, asking super awkward questions like whether or not JoJo had met Aaron, and if he’d come to the wedding. JoJo shot the subject down though, stating that they were focusing on themselves and not Aaron—something Harrison should have done as well!

In perhaps one of the most awkward After the Final Rose moments ever, the beloved single-dad, Jason Mesnick, changed his mind after proposing to Melissa Rycroft in The Bachelor season finale. Jason had become a fan favorite on DeAnna Pappas’s season, and seemed like a true gentleman, but shocked fans when he embarrassingly ended things off with Melissa and begged runner-up Mollie Malaney for another chance! While this move was incredibly humiliating and earned Jason a lot of haters, it turned out to the right move. Jason and Mollie married for all Bachelor fans to see and have become one of the most enduring and endearing couples of the franchise.

In a bizarrely produced episode of After the Final Rose, Ben and Lauren experienced some unnecessarily super awkward moments. Jimmy Kimmel appeared with Barbie dolls to ask what happened in the fantasy suite, first rubbing the dolls together crudely with clothes on, before stripping them naked and re-performing the rude gesture and saying, “Show me on the doll where you touched each other.” Luckily, Ben and Lauren were good sports and laughed it off. But if that wasn’t enough, the producers were so certain that the couple would marry on the spot, they flew in Ben’s hometown pastor to perform the nuptials. Ben and Lauren graciously declined, but the whole show felt like a trainwreck. 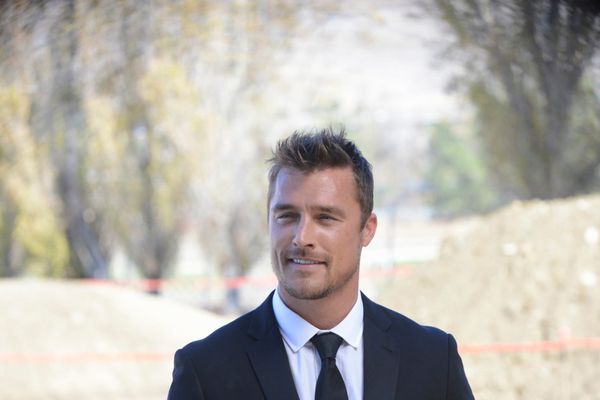 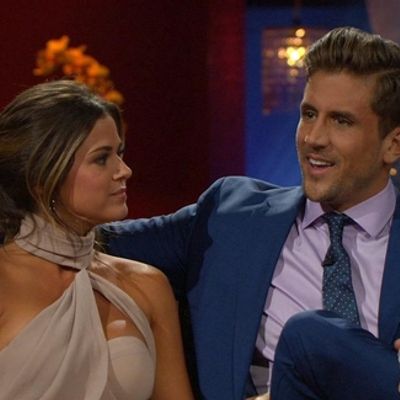