At the beginning of every new season of The Bachelor (of which there have been 19 so far — and 11 seasons of The Bachelorette), host Chris Harrison teases us with the exact same words: “Stay tuned for the most dramatic season of The Bachelor ever!” Although the words have started to sound a bit…err…trite, amazingly, Harrison never disappoints. Whether it’s due to inspired casting or producers’ hushed-up involvement, The Bachelor truly has gotten crazier and crazier with each new season, leading us to produce a list of the Top 7 Fall-Off-The-Couch Moments in Bachelor history!

7. Andi Dorfman Tells Camera That Her Overnight With Juan Pablo Was A Disaster

Along with being a total fall-off-the-couch shocker, this had to be one of the most satisfying moments ever on The Bachelor. Venezuelan soccer player dad Juan Pablo quickly fell out of favor with female viewers once it became clear he was far more in love with himself than with any of the women on the show. His seeming inability to have a real conversation with anyone and his attempts to deflect from this deficiency by constantly going in for kisses and repeating his catchphrase “It’s OK,” ad nauseam, were irritating to say the least. So when, after spending the night together in the Fantasy Suite as one of the last three women remaining, Andi went on camera to say the night was a disaster — especially after Juan Pablo had just finished telling the camera he thought it went very well — Andi completely redeemed herself as being one of the smartest Bachelor contestants ever. Smart enough to recognize what a cad Juan Pablo was — and the ensuing scene where she confronted him about his egotistical, insensitive ways resounded with other intelligent women everywhere.

Bachelor Chris Soules had a gaggle of kooky ladies vying for his affection on season 19, but most perplexing of all was 28-year-old widow Kelsey Poe, who kept boasting of her “amazing story” — which was actually a very sad, very tragic story. Kelsey’s husband, Sanderson Poe, died suddenly after having a heart attack on the street. But the strange, dispassionate way that she spoke about the incident left more than one person in the Bachelor house — and in the viewing audience — questioning her motives. Was she just using her story to get noticed? After all, there was another widow in the house, Juelia Kinney, who lost her husband in an equally, if not more, tragic way and she didn’t feel a need to constantly remind everyone how amazing her story was. Then, when Kelsey fell to the floor after purportedly having a panic attack hours before the rose ceremony, it seemed a perfect opportunity for her to snag some alone time with Chris and finally tell him about her “amazing story.” It appeared to work out for her as she ended up staying an extra week, when to all outward appearances, she should’ve been sent home that night.

5. Clare Crawley And Juan Pablo Galavis “Go In The Ocean” Together

When season 18 contestant Clare Crawley broke the rules and invited Bachelor Juan Pablo Galavis to go for a swim in the ocean, it started a great debate among fans about what “going in the ocean” really meant. Especially after Juan Pablo pulled Clare aside the next day to say that he regretted their time in the ocean as he didn’t want to set a bad example for his daughter — leaving Clare in tears. What actually happened in the ocean remains a mystery to this day, but the speculation and drama this incident inspired definitely makes it worthy of one of the top fall-off-the-couch moments in the franchise!

4. Jade Roper Reveals Her Playboy Past

Normally, the revelation that one of the contestants on The Bachelor was a former Playmate wouldn’t come as a big surprise, but sweet, shy Jade Roper just seemed so…innocent. At the beginning of season 19, it was hinted at that one of the women had a sexy secret, but by the time it was revealed weeks into the show, that insinuation had all but been forgotten. And small-town-girl Jade with her fresh-faced looks was simply the last person anyone would have suspected to bare all in a men’s rag.

Way back in season five, in what was perhaps one of the most cringe-worthy moments ever, former NFL quarterback Jesse Palmer called out the wrong woman’s name as he was handing out roses. It was the final rose of the evening, and he gave it to Katie Gehart when he meant to give it to Karen Lindsay. After realizing his mistake, he had to humiliate Katie by choosing to admit he’d messed up. The show’s producers agreed to make an exception and add a 16th rose if Katie wanted to stay. She did, only to be eliminated in the next round. Karen outlasted her by a week.

2. Bachelor Brad Womack Gives Final Rose To No One

In what was arguably the biggest shocker of an ending in the history of the franchise, season 11 concluded with Bachelor “Bad” Brad Womack saying good bye to both DeAnna Pappas and Jenni Croft at the final rose ceremony, telling both women that he wasn’t in love in them, in spite of leading DeAnna on to believe she would be “the one.” The outpouring of hate Brad received from Bachelor fans was unprecedented at the time (Juan Pablo has since given him a run for his money as the “most hated Bachelor of all time”), and DeAnna went on to become the next Bachelorette.

1. Bachelor Jason Mesnick Changes His Mind After The Final Rose

The original Bachelor “Dad,” baby-faced guy-next-door Jason Mesnick, shocked audiences across the land when he announced on the season 13 finale that he had changed his mind about whom he gave his final rose to. When rose recipient, Melissa Rycroft came out, Jason broke up with her. Runner-up, Molly Malaney was then brought onto the stage and Jason explained the situation and asked her for a second chance. Molly accepted, and what is one of the most surprising happily-ever-afters in what is otherwise a televised matchmaking experiment with an extremely low success rate, Jason and Molly wed in 2010 and remain husband and wife to this day. Now that’s a reason to fall off the couch! 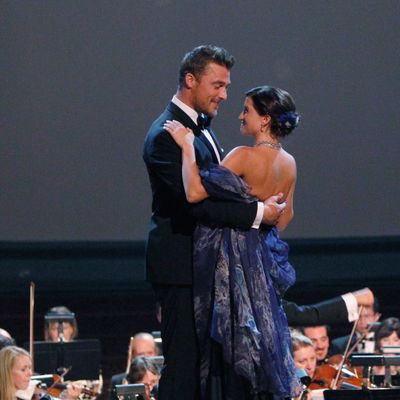