In April 2018, former Smallville actress Allison Mack was arrested and charged with sex trafficking, sex trafficking conspiracy and forced labor conspiracy for her involvement with the organization, NXIVM. She reportedly recruited women to join NXIVM and then used blackmail to force them to engage in sexual acts with the founder Keith Raniere. She has pleaded not guilty to all the charges and is currently out on a $5 million bond. 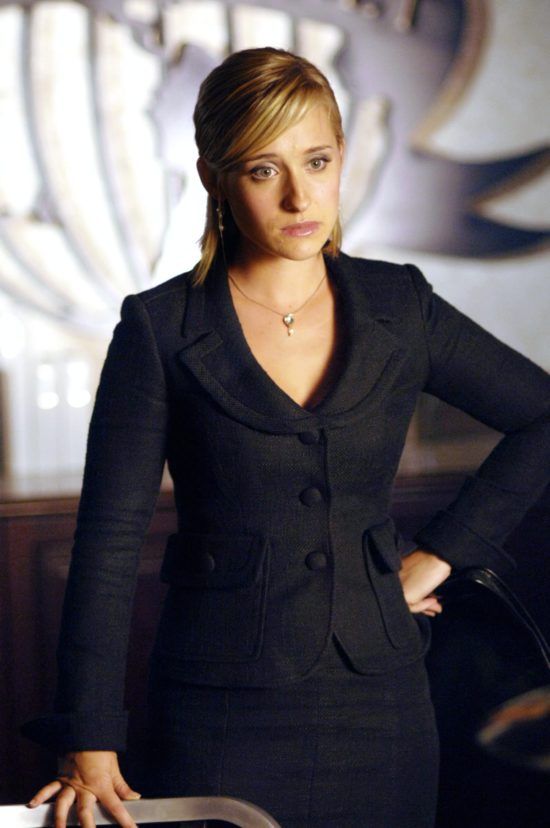 For years, Ben Affleck has struggled with his sobriety and this summer ended up being a rough point for him. His girlfriend, Saturday Night Live producer Lindsay Shookus, reportedly broke up with because of his drinking and then he quickly found solace in the arms of 22-year-old Playboy model Shauna Sexton. During this time period, he was also reportedly drinking alone, barely eating and not showering. His ex-wife Jennifer Garner staged an intervention and convinced him to do in-patient rehab. While he completed his rehab program, he still managed to create controversy by leaving rehab every day to use his home gym and visit with Sexton, who he dumped shortly after his rehab stint. 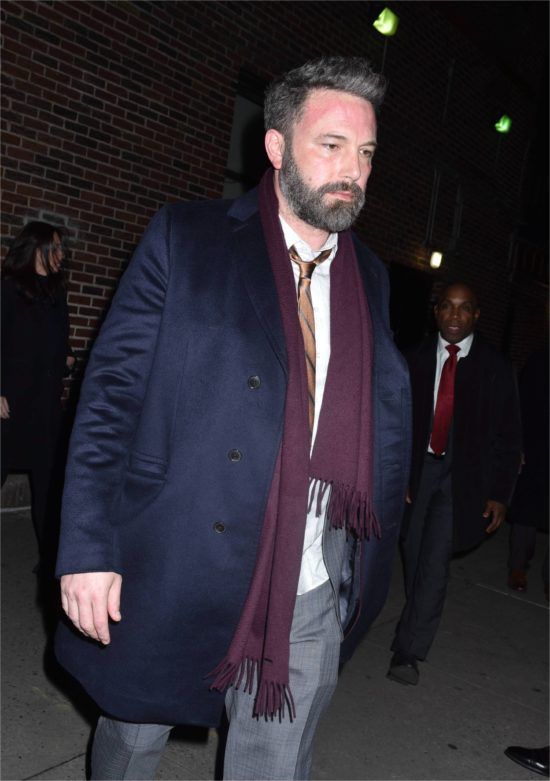 In April, it came out that Lethal Weapon star Clayne Crawford had been disciplined several times due to complaints of emotional abuse and creating a hostile work environment. Although he apologized for his behavior, it wasn’t enough to prevent him from getting sacked before the season two finale aired and he was quickly replaced with Seann William Scott. Following his firing, his co-star Damon Wayans shared a graphic video of himself getting struck with shrapnel during an episode that Crawford was directing and claimed that Crawford had hit an actor in the mouth with a bottle of green tea and enjoyed striking fear in the cast and crew. 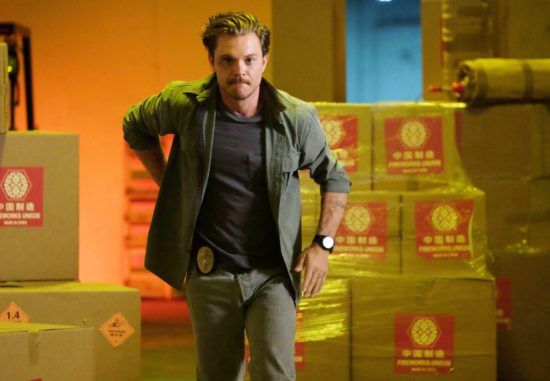 One of Harvey Weinstein’s most high-profile accusers, Asia Argento, was accused of having sex with a minor back in 2013. Rather than have her prosecuted, the victim, Jimmy Bennett, who had been 17 at the time of the assault, agreed to a $380,000 settlement. While her boyfriend at the time, Anthony Bourdain, had paid $250,000 of the settlement, following his death and the breaking of this story, she refused to pay the remainder. In September, Bennett filed a sexual assault claim with the L.A. County Sheriff’s Department. 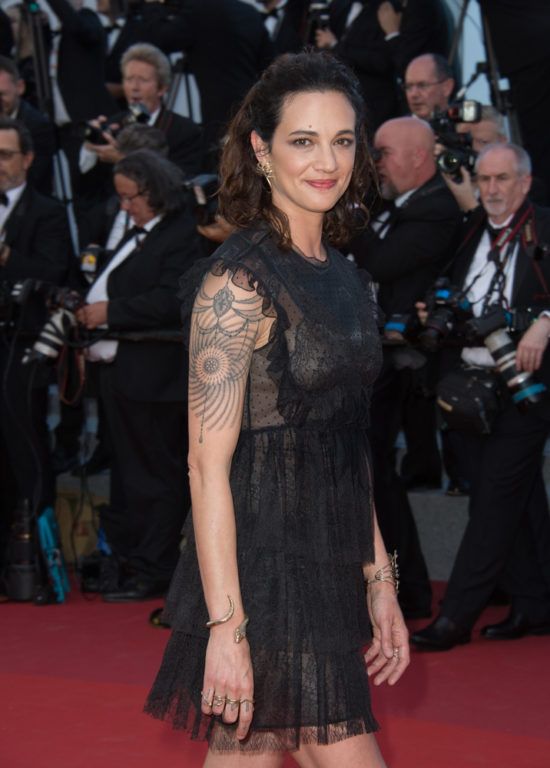 In April, a story broke in In Touch about Miranda Lambert homewrecking Evan Falker’s marriage to Staci Falker back when they went on tour together in February. After getting involved with Lambert, he reportedly ghosted his wife and then filed for divorce. Following the news, Blake Shelton weighed in on the controversy by tweeting, “Been taking the high road for a long time.. I almost gave up.  But I can finally see something on the horizon up there!! Wait!! Could it be?! Yep!! It’s karma!!” So did her ex-fiancé, Jeff Allen McManus, who called Shelton “arrogant” for his tweet, considering that he got involved with Lambert while he was engaged to her. 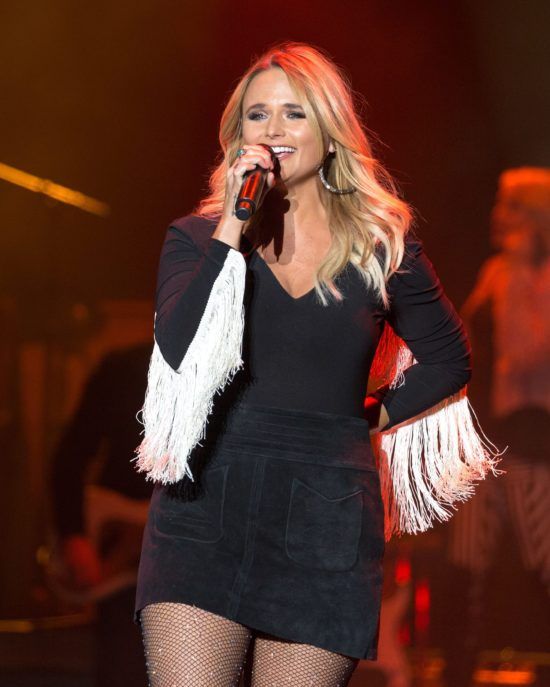 Demi Lovato was hospitalized in July after a heroin overdose. Prior to her overdose, she had been struggling with depression and anxiety and had been in a dark place. She was partying with friends when she accidentally overdosed. Thankfully, one of them had Narcan on hand and it was administered to her before paramedics arrived. After getting out of the hospital, the pop star immediately entered rehab for addiction treatment, which is where she stayed for three months. 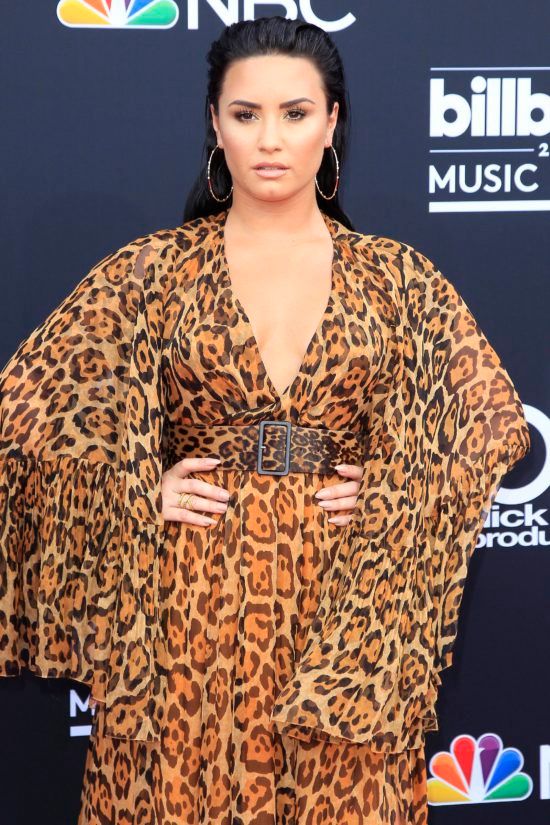 6. The Pay Gap Between Mark Wahlberg and Michelle Williams for All the Money in the World

For the movie, All the Money in the World, Michelle Williams had a starring role while Mark Wahlberg was a supporting player. In spite of this, he was paid $5 million for his role while she was paid just $625,000. When it came time for reshoots after Christopher Plummer replaced Kevin Spacey as J. Paul Getty, Wahlberg was paid $1.5 million while Williams earned less than $1,000 for her work. After news of the pay gap broke, Wahlberg donated his $1.5 million to Time’s Up.  “Over the last few days my reshoot fee for All the Money in the World has become an important topic of conversation,” he said in a statement to the Hollywood Reporter. “I 100 percent support the fight for fair pay and I’m donating the $1.5 million to the Time’s Up Legal Defense Fund in Michelle Williams’ name.” 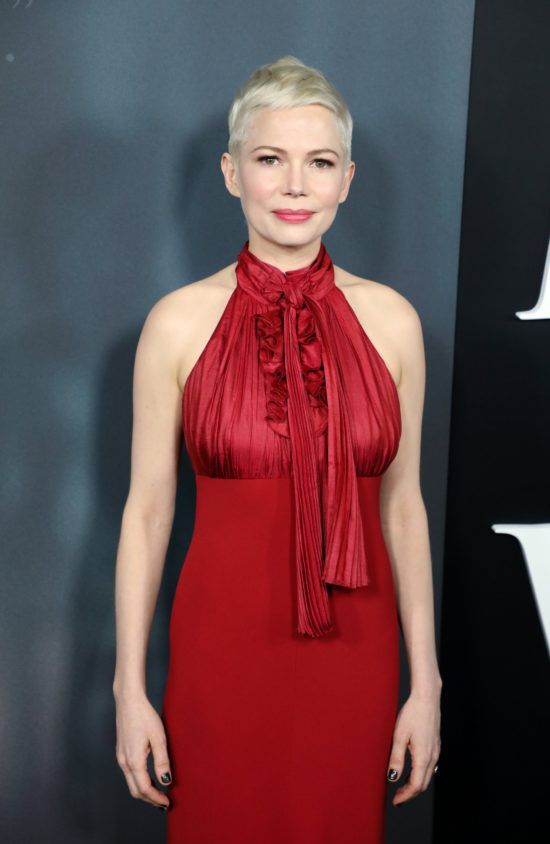 5. Kanye West’s Controversial Comments on Slavery and the 13th Amendment

Kanye West has caused controversy many times this year. There were his comments that slavery was a choice and that the thirteenth amendment needs to be abolished, as well as his meeting at the White House where he claimed that his MAGA hat made him feel like a superhero and that he loved Donald Trump. For all of this, he received a great deal of backlash from the media and from celebrities including Chris Evans, Lana Del Rey, Snoop Dogg and Swizz Beatz. 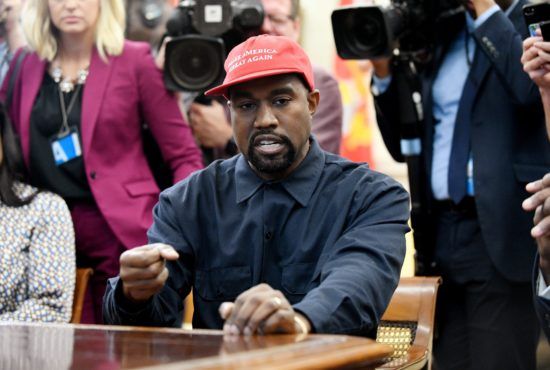 4. Les Moonves Steps Down from CBS after Allegations of Sexual Misconduct

This past July, Ronan Farrow dropped an exposé in The New Yorker on CBS’s CEO Les Moonves. He had spoken to multiple women who accused the CEO of forcing oral sex on them, exposing himself without permission and using physical violence or intimidation against them to keep them silent. Moonves denied the accusations and initially refused to resign. That’s when Farrow dropped another exposé. A few hours later, Moonves finally resigned, but continued to call the allegations untrue. 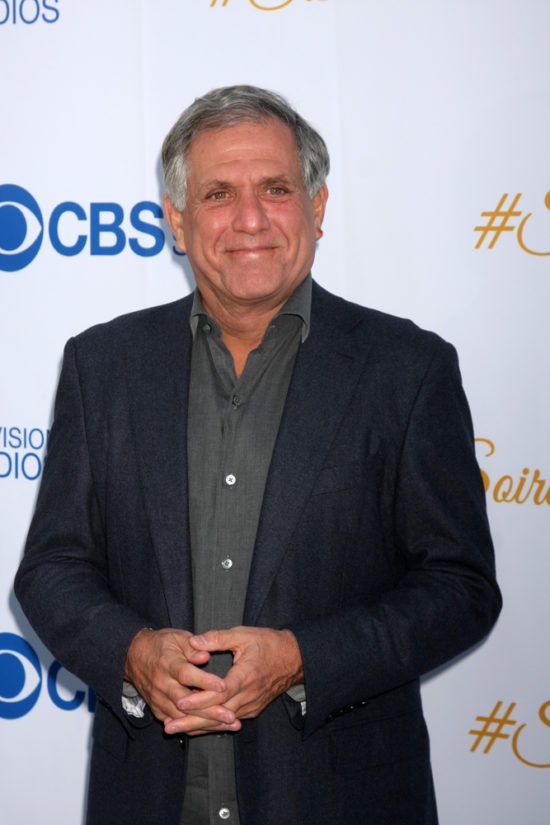 3. Roseanne’s Racist Tweet Leads to the Cancellation of Her Show

Roseanne Barr’s revival show had just been renewed for a second season when she went on Twitter and attacked former president Barack Obama’s adviser Valerie Jarett, claiming that she is the “offspring of the ‘Muslim Brotherhood & Planet of the Apes.’” ABC immediately canceled the revival, stating, “Roseanne’s Twitter statement is abhorrent, repugnant and inconsistent with our values, and we have decided to cancel her show.” Barr was then dropped by her talent agency, ICM Partners, and Viacom pulled Roseanne reruns from its Paramount Network, TV Land and CMT channels. Following this, Barr blamed her tweet on the Ambien she had taken. 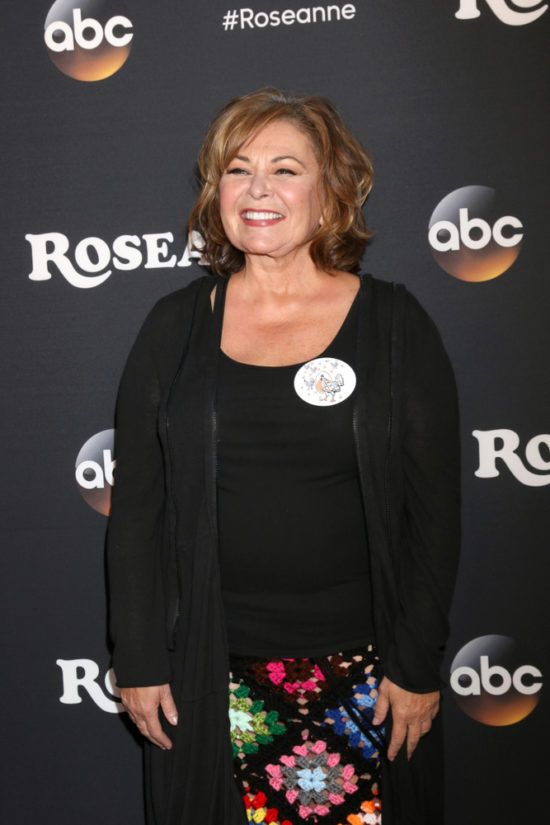 2. Colin Firth and His Wife Charge Her Former Lover with Harassment

Marco Brancaccia was accused of harassing Colin Firth and his wife Livia and then officially charged with stalking this past May. In March, it was revealed that Livia had had an affair with Brancaccia between 2015 and 2016 when she and Firth were allegedly separated and then, when the relationship ended, he reportedly harassed them, sending emails with pictures of Livia and making threatening phone calls. According to them, he even threatened to write about Livia and Colin at the publication where he works. In July, the couple settled out of court with Brancaccia. 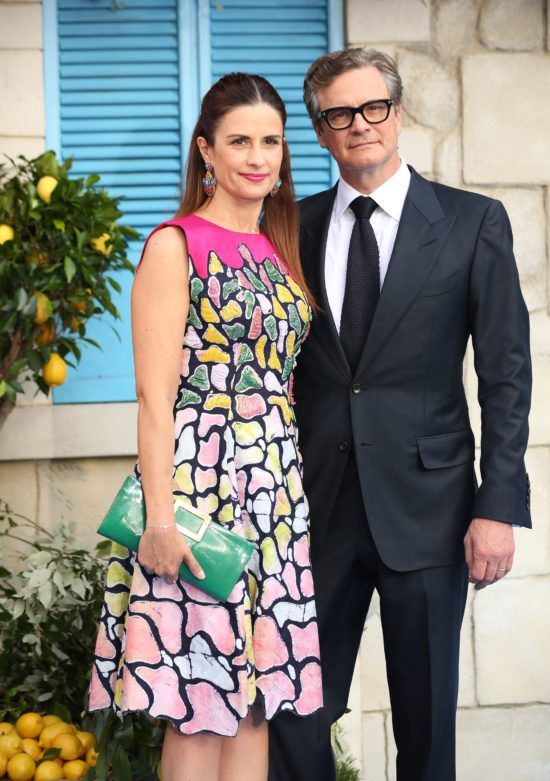 Ever since news of Meghan Markle’s relationship with Prince Harry broke, her older half-sister Samantha has been bashing her in the media. After the engagement was announced, Samantha’s attacks intensified. As if that wasn’t bad enough, following the wedding, her father began accepting paid interviews where he divulged details about his conversations with Meghan and Prince Harry and blasting her and the royal family for shutting him out. She reportedly hasn’t spoken to her father since before her wedding and is not considering opening up communication with him out of fear that he will leak their conversations to the press. Because of this, Samantha has continued to rail on Meghan to the media, claiming that if their father dies that it is on her. 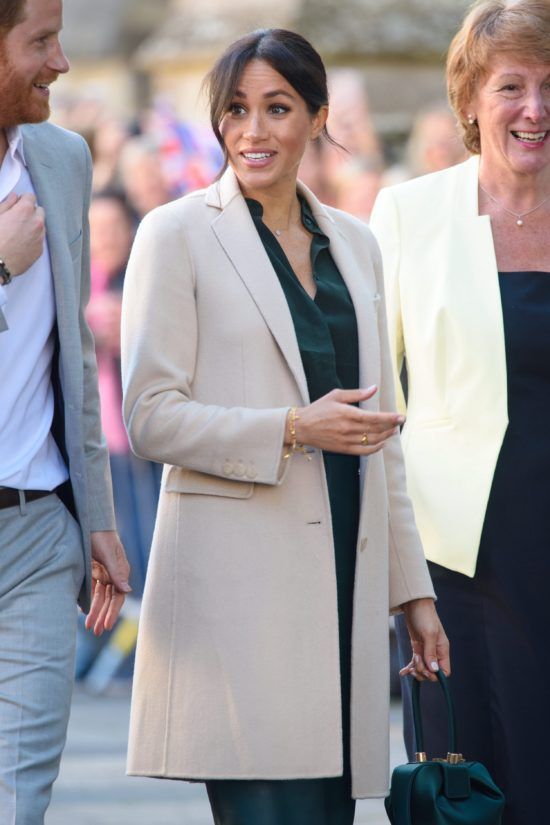 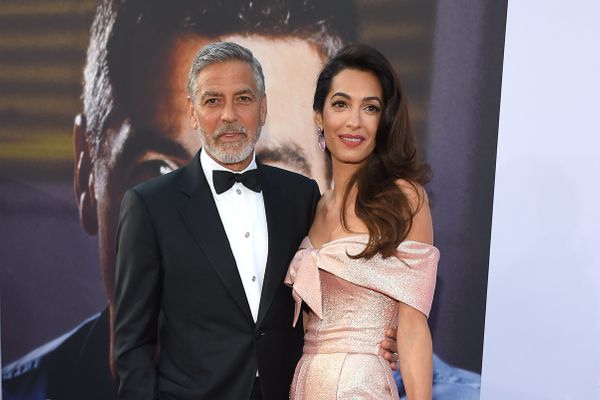 The Most Fashionable Celebrity Couples Of 2018