Cast Of Boy Meets World: Where Are They Now?

Boy Meets World was a staple show for a lot of ’90s kids which meant fans couldn’t have been more excited than when it got its very own spin-off, Girl Meets World, which aired in June, 2014. The reboot also saw the return of some our favorite cast members including Ben Savage (Cory) and Danielle Fishel (Topanga) as they raise their own family this time around. As popularity grew the show has also seen the return of several other familiar faces including Shawn, Mr. Feeny and Eric, however it just isn’t the same as the original and with 14 years in between the shows it is about time we discovered what our favorite group have been up to since once again reprising their iconic roles.

To be honest we really are wondering where the heck Anthony Tyler Quinn, 52, really has been. Quinn first showed up in the first episode of season 2 as a cool (and very attractive) English teacher, Jonathan Turner. Naturally we fell in love with him after he became the guardian to Shawn and then out of nowhere in season 4 he gets into a motorcycle accident and while he doesn’t die we never see him again. After his time on Boy Meets World, Quinn continued acting landing recurring roles in shows like Melrose Place, Party of Five and Caroline in the City before making single episode appearances in several TV shows. In 2013 he had a role in Days of Our Lives for eight episodes before he reprises his role as Mr. Turner in season 2, episode 10 of Girl Meets World, “Girl Meets the New Teacher.”

Maitland Ward, 38, didn’t even audition for her role in Boy Meets World, Michael Jacobs offered her the part after she had auditioned for a different show. Although she was known from her role on The Bold and the Beautiful prior to her time on Boy Meets World, she has not done much acting since. After appearing on BMW from 1998-2000, Ward was in 2004’s White Chicks as Brittany Wilson and has only appeared in three single episodes of different TV shows. She has managed to keep her name in the headlines however after showing up to several red carpet events wearing almost next to nothing which she said was because of a renewed interest and her and Boy Meets World thanks to Girl Meets World. Ward also said her break from acting was self-imposed as she went back to school in NYC where she studied screenwriting. She remains married to real estate baron Terry Baxter whom she wed on October 21, 2006.

Matthew Lawrence, 35, had done quite a bit of acting before showing up in the fifth season of Boy Meets World as Shawn’s half brother Jack. He appeared in Mrs. Doubtfire, Blossom, Bringing up Jack and even had his own show co-starring his real life brothers Andrew and Joey in Brotherly Love. Since his time as Jack Hunter, Lawrence has appeared in a few movies including The Hot Chick which stars Rob Schneider, and The Comebacks. He was also in his brother’s show, Melissa & Joey for four episodes as Tony Longo. Lawrence was in a relationship with Dancing With the Stars pro Cheryl Burke from 2007 to 2008 and is currently dating model Laura Jayne New.

Trina McGee, 45, was the girl who finally made Shawn Hunter settle down which was impressive all by itself but their relationship was also very important because it was one of a very few interracial relationships on a major network televison show that was geared at young people. McGee appeared as Angela Moore for three years before the show ended in 2000 and has only a handful of acting credits to her name since however she too will be reprising her infamous role in a season 2 episode of Girl Meets World, “Girl Meets Hurricane.” McGee was married to Randall Courtland Davis from 1991-2001 and the couple share two children and has reportedly gone by the names Trina Collette and Tekla Ruchi since her divorce.

William Russ, 64, will always be remembered as one our favorite “hot TV dads” and has continued acting steadily since gracing our screens as Alan Matthews. Russ has appeared in quite a few TV series in either recurring or single episode roles including Mister Sterling, Deadwood, The Sopranos, Boston Legal, The Ex List, and the The Young and the Restless. Of course, he also reprised his Boy Meets World role for the Girl Meets World Christmas episode, “Girl Meets Home for the Holidays” which also featured Betsy Randle back as Amy Matthews and Rider Strong’s return as Shawn. Russ remains married to actress Clare Wren and the couple share a daughter and a son.

Of course the Matthews family wouldn’t have kept anything together if it wasn’t for the wonderful Betsy Randle, 59, as Amy Matthews. Before starring in all seven seasons of Boy Meets World, Randle only had a few acting credits to her name including the role of Karen Kelly in Home Improvement. After portraying Amy Matthews, she has only done a select few projects including appearing in four episodes of the hit show Charmed in 2004. She also returned as Amy for the Girl Meets World holiday episode and remains married to her husband John Randle with whom she has two children.

The show may have been focused on Cory but the best comedic relief without a doubt was thanks to Will Friedle, 38, as Cory’s older brother Eric Matthews. While Friedle’s comedic acting chops were much appreciated, it seems so is his distinct voice as he has been non-stop working since Boy Meets World, lending his voice to numerous animated series and video games. He has voiced several superhero characters in different Batman series and games and also voiced Ron Stoppable from 2002-2007 on Kim Possible. Luckily for Boy Meets World fans, Eric Matthews a.k.a Mr. Squirrels came back in all his glory for a few episodes of Girl Meets World in the second season.

At 88-years old William Daniels is still acting consistently and has also appeared on multiple TV series since saying “class dismissed” on Boy Meets World for the last time in 2000. Most recently he portrayed Dr. Craig Thomas on Grey’s Anatomy in 2012 and before that appeared in shows such as The Closer, The King of Queens and Boston Legal. He too reprised his BMW role as Mr. Feeny making a cameo in the pilot episode of Girl Meets World while also appearing in a couple other episodes. Daniels remains married to actress Bonnie Bartlett who also appeared on Boy Meets World, the couple wed in 1951 and have two children.

Danielle Fishel’s, 34, stardom began at the age of 12 when she landed the iconic role of Topanga Lawrence on Boy Meets World. She continued to work, appearing in films such as National Lampoon’s Dorm Daze and in 2008 she worked as a host for The Dish on the Style Network but of course her most notable work has been returning as Topanga alongside Cory as they raise their teenage daughter Riley and young son Auggie. From 1999-2000 Fishel dated former N’Sync member Lance Bass, who is now openly gay. At 27-years old Fishel went to college at California State University where she met her husband Tim Belusko whom she wed in 2013.

Following the end of Boy Meets World, one half of our favorite TV bromance, Rider Strong, 35, focused on school while also continuing to work. He graduated magna cum lade from Columbia University in 2004 with a major in English. Strong appeared in Cabin Fever and Cabin Fever 2: Spring Fever and returned to a leading role in a TV series with the short-lived Pepper Dennis 2006. While shooting Pepper Dennis Strong began dating actress Alexandra Barreto whom he married in 2013, the couple welcomed their first child, Indigo “Indy” Barreto Strong in December, 2014. He then made every Boy Meets World fan happy when he appeared on several episodes of Girl Meets World, reuniting with Cory and Topanga. He has also worked on directing including a few short films and seven episodes of Girl Meets World.

After leading Boy Meets World for all seven seasons as Cory Matthews, Ben Savage, 34, has turned the tables becoming the responsible adult, mentor and teacher on the spin-off Girl Meets World. Savage took a three year break from acting but has appeared in a few other projects including series such as Chuck and Without a Trace and also starred in the independent film Palo Alto in 2007. He also went on to school, graduating from Stanford University in 2004 with a degree in Political Science. 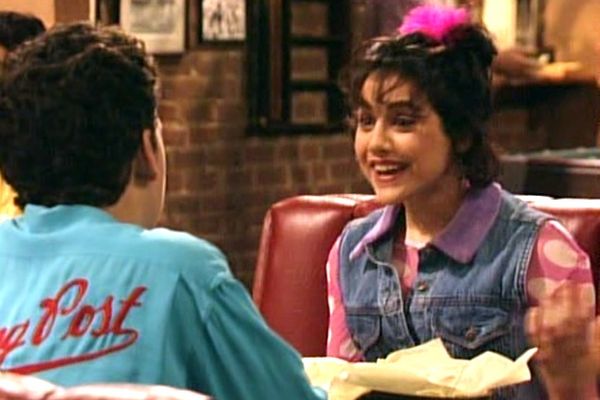