When a daytime drama gets a storyline right, fans rejoice! When they mess it up, well, audiences can get annoyed. Days of Our Lives (DOOL) is known for its over-the-top soap stories and even the craziest storylines have worked at times. Still, there are times when the show has slipped up. Below are 12 truly underwhelming Days of Our Lives‘ storylines.

In the early 2000s, Days’ ratings were lagging. Writer James Reilly came up with a plot where a serial killer axed off a good part of the town creating an intriguing ‘whodunnit’ angle. Jack Deveraux, Abe Carver, Roman and Caroline Brady, Kate Roberts, as well as beloved Alice and Maggie Horton were murdered, just to name a few. Fans were outraged that DOOL producers killed off so many long-standing characters whom the audiences had grown to love. Reports indicate that Reilly was told to fix the storyline as soon as possible and, sometime later, Melaswen Island was born.

Andre DiMera was Stefano’s nephew and for the longest time swapped between being good and evil over the years. Interestingly enough, Andre looked identical to Stefano’s stepson Tony, who was pure evil. Still following? In 2007, it was revealed that from 1993, Tony was actually pretending to be Andre to exact revenge on his enemies. While the storyline outcome was stunning to fans, the history of Andre and Tony is very blurry and at times. It’s hard to remember if Andre was at the helm of something or if it was Tony when pulling from past DOOL moments. It’s been confusing to decipher between the two over the years for some fans.

In 2012, Joseph Mascolo left DOOL for a brief period of time due to his disapproval of how the Stefano DiMera character was portrayed. At that point in time, his relationship with Kate Roberts was breaking up, he and son E.J. had massive tension, and it was revealed that DiMera was the cause of Lexie’s cancer and subsequent death. As Stefano was a family man, Mascolo was confused as to why DOOL writers went that route.

Speaking of Stefano, DiMera was infamous on DOOL for dying, only to return to Salem very much alive time and time again. Actor Joseph Mascolo left the show in late 2015 due to health issues and Stefano was killed in early 2016 by Hope Brady. Later that year, Stefano would return as a ghost to relay a message to Hope. While Mascolo sadly passed on in late 2016, DOOL still had earlier recorded footage of the actor playing DiMera and to honor his contributions to the show, an alive Stefano would return to Salem for one final hooray in early 2017.

Soap opera rapid-aging syndrome, known to most fans as SORAS, is a crazy thing. It can turn small children into teens and teens into adults. Super couple Belle Black and Shawn Douglas Brady fell victim to SORAS, and the two fell in love as high school sweethearts and hung out in the same teen social circle despite an original six-year gap between them. Belle was born in 1993 while Shawn entered the land of Salem in 1987.

Thought to be aliens when they first came to Salem in 2002, Cassie and Rex were twins who were simply genetically engineered. To further complicate things, it seemed that they were thought to be Marlena and Tony’s children at first; however, it turned out she was simply their surrogate mother and that Kate Roberts and Roman Brady were the twins’ parents. Cassie would try and force relationships (prior to finding out who her parents were) with step-siblings, Shawn Brady and Lucas Roberts.

In 2012, actor Peter Reckell left his DOOL role behind and, rather than giving Bo Brady a proper send-off, he simply vanished from storylines completely. Bo took his wife Hope and daughter Ciara on a boating trip to visit Shawn, Belle, and Claire at Christmas time that year and decided to stay back for a bit rather than to return to Salem with his family. While fans would hear about Bo from a phone call now and again (but not appear onscreen), it was an anticlimactic way to say goodbye to a staple Salem character.

As stepdad and stepson, E.J. DiMera and Will Horton had a love-hate relationship. However, long-time DOOL fans know just how the show messed up this relationship is. E.J. was born in 1997 and Will’s birth was in 1995, making the two pretty much the same age. Thanks to SORAS, new Days’ fans never truly noticed the error in age and the fact that Sami dated and fell in love with a man that could be her son.

In the land of soaps, you have to watch for subtle hints around a character’s age, as the number is never truly revealed. Having said that, when Marlena Evans discovered she was expecting in the mid-2000s, some DOOL fans raised their eyebrows. After all, this would have made her a new mom well into her 50s. Yes, she lost the baby, and yes, some women do wind up expecting at this point in their lives, but it is certainly not a regular occurrence.

Why oh why did DOOL off one of their most beloved and popular characters? In 2012, Jack died a hero saving daughter Abigail from an elevator accident. He’s since returned as a ghost to help family members through trying times, which is a true testament to how much he’s missed by fans. Did DOOL mess up by axing Jack? Absolutely!

Speaking of messing up and axing an incredible character, DOOL did that once again in 2015 when they did away with Will Horton. As a victim of the Necktie Killer, Will was axed off and DOOL fans everywhere were outraged. It’s clear that Days messed up this storyline, as two years later writers would hit the drawing board to figure out a way to get Will back into the land of Salem. While the story behind Horton’s return was a tad ridiculous, fans are excited to see Chandler Massey back on daytime TV!

1. The Story Of John Black

First, John Black was just that, John Black. As years would go by, storylines would be woven, turning him into Roman Brady, then part of the Alamain clan; he was a Brady and DiMera offspring and so much more. It seems like whenever DOOL fans get settled into who John Black is, the writers change their mind. The ups and downs of the entire John Black story have been interesting at times, yet on the same note, very contradictory. 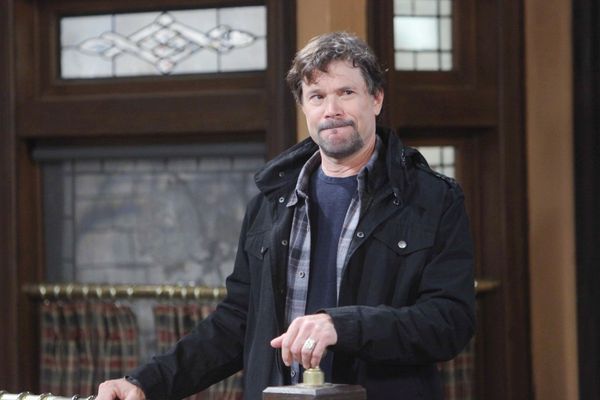 Days Of Our Lives: 12 Disliked Demises Of All Time