If you’ve watched WAGS, one of E!’s hottest reality TV shows, you know that Natalie Halcro is one of the best things about it. She’s hot, stylish, totally self-assured and ridiculously cool. She doesn’t define herself by her relationships and we totally respect that. We had the opportunity to chat with Natalie about how she got involved in the reality TV series, which of the cast members she’s closest with and what the future has in store for her. Check it out!

Fame10: So, first things first – how did you get involved with WAGS?

Natalie: I was approached through my good friend Nicole. Then I was asked if I knew anyone else and I instantly thought of my cousin Olivia. The rest is history!

Fame10: Some of the wives on the show take their roles quite seriously and not all of them seem particularly accepting of the girlfriends. Which cast members would you say that you are closest to? Natalie: Nicole and Barbie. Sophia now too obviously, she’s blood of course. We’ve known Nicole for a long time. But Barbie had a nice moment with our family in Mexico last season. We’ve been pretty close ever since.

Fame10: Cameras (and editing) can be deceiving, especially when it comes to reality TV. Out of all of the cast members, who would you say is portrayed the most accurately and, alternatively, who would you say is portrayed the most inaccurately on the show? Natalie: You may not believe this, but there’s an integrity about it being called a “reality show”. It’s well upheld. And yes of course there’s editing. But really everything comes up on set very organically. A few glasses of wine, and you’ve got yourself a show. Really. Some things get left out, but it pretty much all happens like you see it.

Fame10: Being on a reality TV show obviously has its ups and downs. What would you say is the best thing to come out of being involved in WAGS?

Natalie: Honestly, the fans are so fantastic. We’ve been on instagram for a while, and you can read some pretty colourful things. But the fans are so protective of Olivia and I, and Sophia now too. It’s been very sweet.

Fame10: We love your beauty tutorials on YouTube. How did you become such an expert on hair and makeup? Natalie: Fittingly, Youtube. Youtube is absolutely the best resource for learning a lot of things. It was where I really started getting serious about new and classic makeup techniques. And we couldn’t be more proud to be contributing to that.

Fame10: Now that your career is really starting to take off, where do you see yourself in five years both career-wise and personally?

Natalie: We’re creators. We have our plans. But we want to continue to learn and grow. Being an “influencer” is kind of dead. We have some ideas. You’ll see. 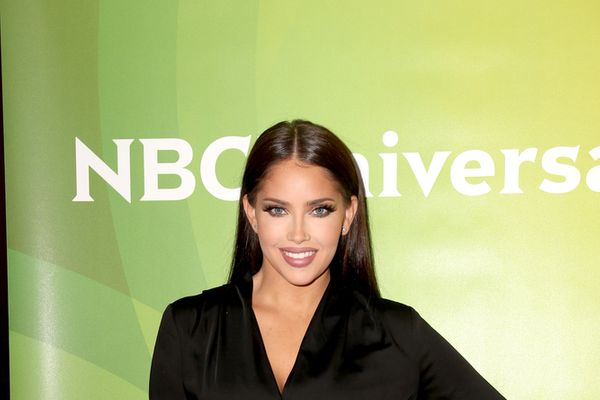