Gossip Girl was the sort of show where everyone hooked up – or at least they seemed to. Even though some couples obviously seemed meant to be (Blair and Chuck/Serena and Dan), the writers couldn’t let them just have their happily ever after during season one, so more love interests were brought to drag the storylines out. Because of this, we’re left with a lot of couples who had absolutely no chemistry. Here are 7 couples that should never have happened.

Serena and Steven were unconvincing as a couple. He had a daughter, Sage, who was closer in age to Serena than he was and, because of this, he seemed more like a stern father type figure to her. It wasn’t sexy.

Ivy and Rufus were pretty awful together. He was old enough to be her father (gross) and she was just so manipulative. It didn’t help that they didn’t have any chemistry.

Nate and prissy little Bree were a couple that left a lot to be desired. You’d think given that they are both really attractive, they’d be a hot couple, but their lack of chemistry proved that they weren’t.

Nate’s relationship with Diana was a little creepy. She was pretty much old enough to be his mother, and for a little while there she lead Chuck to think that she was his mother. Even though Nate and Diana are incredibly attractive, they totally lacked chemistry. Everything between was stilted and stiff.

Blair had more chemistry with Chuck than she had with any other character, so her hooking up with Louis was a big let down. The guy had about as much charisma as a piece of celery. We don’t really get what she was doing with him (besides wasting our time) and they definitely did not have any real chemistry. Thank God she got out of that marriage!

Dan was always meant to be with Serena, so when he and Blair start hooking up during season five, many of us were left scratching our heads. Dan and Blair just didn’t have much chemistry. When they initially slept together, they both talked about how bad it was. Even though things managed to get better between them (at least sexually), they just weren’t convincing as a couple.

When Jenny and Nate hooked up during season two, there was a total of absence of passion between them. She was like the little rocker chick gone wild and he was still boring. Deciding to go their separate ways was the best thing that happened to this mismatched couple. 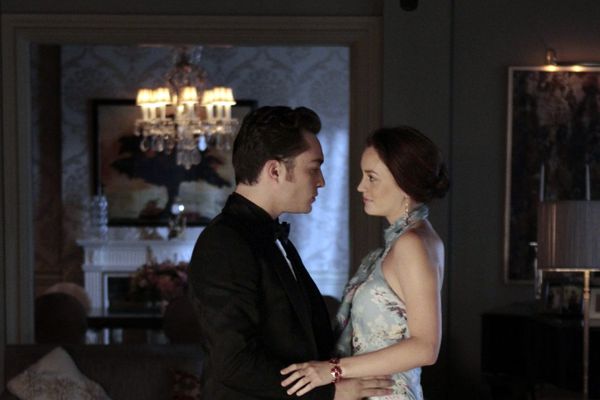