No matter what profession we are in or how successful we become, we all have to start somewhere! This rings true for HGTV’s biggest stars. While they are all experts now, each HGTV star was a beginner at one time or another, and they all have unique stories of how they ended up on TV. Here’s a list of HGTV’s 13 biggest stars and how they were discovered!

These two are no doubt HGTV’s most beloved couple, and arguably the network’s biggest stars. Chip and Joanna Gaines have hosted Fixer Upper since 2013. Now into its fifth and final season, here’s the story of how they landed this show in the first place! According to Joanna, they were noticed after one of their renovation projects was posted on the popular blog Design Mom. It caught the eye of their production company, who then contacted Chip and Joanna through their website, and the rest is history!

This Canadian star is well known for his numerous shows including Leave It to Bryan, Bryan Inc., and Disaster DIY. His reality TV career basically happened by a mistake! “To be honest, I never planned on being on television. Part of my marketing plan for my construction company was to offer free construction labor to a production company for a couple of months in exchange for advertising — it turns out they were looking for someone to host the show, and I guess they picked me!” he said.

Before they became reality TV stars, Dave and Kortney were two aspiring musicians in Nashville. While they were in and out of publishing deals, they successfully renovated their home and eventually turned their sights on flipping homes which led to landing their own CMT reality show! “We did eventually get another record deal and we were on the road and that led to our own reality show with CMT where they followed our family,” said Kortney to the National Post. “We got that by writing our own treatment and shopping it. That started our life on television.” After making a name for themselves on TV, they landed their own home renovation show, Masters of Flip.

This contractor has been appearing on HGTV since the early 2000s. He’s hosted a slew of shows including Holmes on Homes, Holmes in New Orleans, Holmes Inspection, Best of Holmes on Homes, Holmes Makes it Right, and the list goes on. He got his big break by basically telling TV producer Michael Quast how he was doing his job wrong! Holmes was hired to build models for a set, but while he was working he noticed that the DIY shows were giving bad advice and that they should instead educate viewers on what to look out for when hiring a contractor by showing them the dodgy work he so often sees in the field. Quast liked the idea of what he heard and told Holmes, “I said, ‘You’d have to host it. With the passion I see there, I can’t see anyone else doing it.”

This handsome dynamic duo are two of HGTV’s most prominent stars. Jonathan and Drew Scott have gone from being a real estate agent and contractor to the face of an entire franchise. Together they created Scott Brothers Entertainment, the lifestyle brand Scott Living, and are currently hosting HGTV’s Property Brothers, as well as it’s spinoffs Brother Vs. Brother, Buying and Selling, and Property Brothers: At Home (just to name a few). The two had been in acting their entire lives and even after they changed their focus to renovating and flipping homes, they continued to try and get in front of the camera. Drew had kept in contact with one particular production company when a year later, “[I] was telling them what I was doing and that’s when they had this new idea and came to us. It goes to show if you have certain things in place for business growth and you stay in touch with past clients, it can make a big difference,” he said.

Growing up poor is what Nicole Curtis’ interest in renovation. “Nothing motivates you to learn how to do something like not having the money to pay to have it done,” she said in an interview with Minnesota Monthly. She obtained her real estate license and was quickly sought out by a production company that was looking for a female real estate agent with blonde hair. She fit the description, but when they learned about her background in home renovation, they offered her the opportunity to host her own TV show which is now known as Rehab Addict.

Tarek and Christina El Moussa are now divorced, but continue to work on their show Flip or Flop. They just recently completed filming season 7, so what better way to celebrate than look back at how it all started? According to Tarek, they sought out an opportunity with HGTV by sending out an e-mail. “We just started flipping houses and we took a long shot and sent a production company an e-mail. They liked us and said to send a home video. We did, and they liked it. A year-and-a-half later, HGTV picked us up for a pilot. Midway through season one, the show was almost cancelled because someone high up at HGTV thought it would fail. It didn’t,” he said to Country Living magazine.

Jillian Harris was no stranger to reality TV when she landed her gig as one of the hosts of HGTV’s Love It or List It. She began her career as an interior designer after she’d appeared on ABC’s The Bachelor and later the star of The Bachelorette’s fifth season! When her showmance fell through, she began focusing on a career in design. “I did lots of interior design work for free afterwards just to get my name out there to remind people I was an interior designer first. I’ve always felt it’s important to take risks. What’s the worst that could happen? Certainly nothing if I didn’t try,” she said during an interview with Okanagan Home magazine.

Scott McGillivray began renovating homes at the ripe age of 23. He started out as the carpenter on Debbie Travis’ show From the Ground Up. He made such a good impression on the producers, that he was offered his very own show! “When HGTV first approached me about a series they wanted something about flipping properties. And I said no way. I’m not a fan of those shows, particularly the U.S. ones. They are made with false premise — that everyone can become rich just by flipping a few houses. With the housing crash in America we’ve seen just the opposite. It’s not a healthy time to flip,” he said. Instead, he decided to do a show on how everyday homeowners could turn their homes into income-generating apartments that would help them pay off their mortgage — also known as Income Property.

It seemed like any other ordinary day for Erin and Ben Napier until she got an email from an HGTV executive at 10 o’clock at night. The executive had emailed Erin to compliment her on her Instagram page and ask if she’d ever considered doing TV. Of course, Erin and Ben were intrigued, so they followed up with several Skype interviews. They were then asked to create a 5-minute episode for the network so they could get a feel for how they looked on-screen, and before they knew it they were offered their own show! They are now the beloved hosts of HGTV’s Hometown.

He’s been hosting HGTV shows ever since 2014. His credits include Tackle My Reno, $ave My Reno and Home To Win. Before he got involved in the field of home renovation, he was a CFL player for the Saskatchewan Roughriders and B.C. Lions. He retired from football in 2009 and began working in the home reno business when he was approached by HGTV to host his own show. “To be honest, I’ve always considered myself to be somewhat of an introvert, so it was kind of funny that I ended up in this field,” he said in an interview with Post City Toronto.

Sarah Richardson’s career in design dates all the way back to the mid-‘90s! She first worked as a prop stylist and set decorator for television and film in 1994, but quickly realized she could also make a name for herself in front of the camera as an interior designer. She made the jump on-screen by hosting HGTV’s Room Service in 2000. Since then she’s also appeared on Design Inc., Sarah’s House, Sarah’s Cottage, Sarah 101 and Real Potential.

Danielle Bryk is the host of HGTV’s A Bryk at a Time. She landed her first gig on television after making a lucky connection with a TV producer who helped her and her husband, Greg Bryk, buy their dream home and document the renovation for the show Family Under Construction. The success of this project eventually led to her being offered her own show Bryk house and A Bryk at a Time. 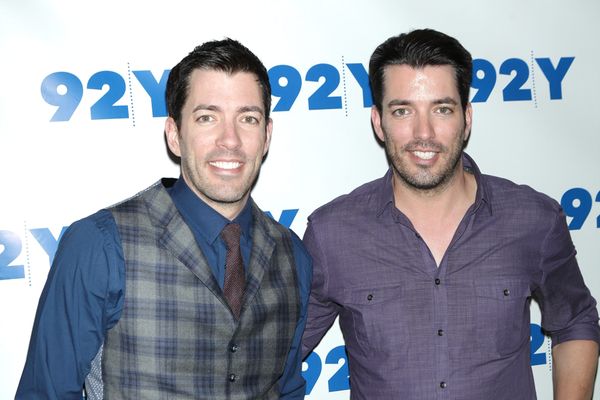