Hidden Secrets Behind The Astrological Signs Of Celebrities

Whether you believe in zodiacs or not, it’s always interesting to see how the signs reflect back on certain personality types. When it comes to astrology, you’d be surprised at how scarily accurate some of the zodiac signs are in the world of celebrities! Many of the signs perfectly reflect the characteristics, roles, relationships that celebrities have been involved with during their time in the spotlight. Follow along as we roundup all the hidden secrets behind the astrological signs of celebrities:

Lady Gaga was born as an Aries, which definitely makes sense given her bold personality. Aries are known to be energetic and fiercely independent, which certainly describes Gaga. She’s trendsetting and boundary-breaking which is definitely reflected in her wild fashion sense and imaginative performances.

Emma Watson is another celebrity who falls under the Aries category. While she may not be as flashy as Gaga, she certainly doesn’t lack when it comes to independent spirit and passion. Watson frequently speaks out as an advocate for women’s rights and made getting an Ivy League education a priority while still pursuing an acting career.

Supermodel Gigi Hadid is a Taurus which boasts qualities of being reliable, devoted and responsible. It’s clear by her quick skyrocketing fame in the modeling industry that she isn’t afraid to work hard to chase her dreams, which is a quintessential Taurus trait. Despite her fame, she remains down-to-earth and practical with her Taurus qualities leading her.

Tauruses tend to appreciate the small things in life and are fiercely hard-working. These traits shine through in Adele’s music, who is clearly a Taurus through and through. She’s capable of intense focus and isn’t easily coerced to stray from her path, which is the stubbornness of the bull coming into play.

Angelina Jolie is known for being unpredictable, easily adaptable and expressive, which makes it abundantly clear that she’s a Gemini. Jolie has constantly surprised us over the years with unexpected hookups, blood vial necklaces, and shocking divorces. She has, however, also shown her warm-hearted side with her humanitarian work and adoptions which rings true to the selfless, maternal side of the Gemini.

Kayne West is the ultimate Gemini, and he’s even said so himself in his music! Geminis are characteristically known for having many sides to their personalities and to be impulsive in nature, which we can definitely imagine rings true to Kanye West. Shall we recall the Kanye-Taylor Swift mic grab from 2009? On a positive side, life as Kanye West certainly is never dull with his spontaneity and innovative thinking!

Cancers are known for being soulful, sensitive and eloquent, which definitely rings true to Ariana Grande’s personality. Her music is filled with vulnerability and truth, which she isn’t afraid to share with her fans. They’re tenacious, loyal and imaginative, which shines through in her music and relationships with her loved ones and fans.

Another popular celebrity whose a Cancer is Selena Gomez, and it’s easy to see the parallels between her and Grande! Selena has gone through some rough patches with ex-boyfriends and mental health, which she’s openly shared on social media. She feels deeply and is able to eloquently explain her thoughts through songwriting and many of her moving speeches.

Only a Leo could keep the world in the dark for months about a pregnancy! Kylie Jenner leads with her head and is extremely driven, which is exactly why it makes sense she’s a Leo. She’s confident, theatrical and fueled by drama, which makes her perfectly suited for a highly publicized career and lifestyle. It comes as absolutely no surprise that she’s the world’s youngest self-made billionaire given that she’s a Leo.

Another Leo sign that we all know and love is the Duchess of Sussex Meghan Markle! Leos are natural leaders and work hard before reaping the rewards, which is certainly true of Markle. They’re secret romantics and have the confidence and charisma to make all their dreams come true. “I’ve never wanted to be a lady who lunches – I wanted to be a woman who works,” she’s previously shared of her core values, which definitely coincide with the Leo in her.

As an earth sign, Virgos are poised, kind and strong-willed, which undeniably describes Riverdale star Lili Reinhart. She’s notoriously private with her questionable relationship with costar Cole Sprouse, which rings true to her intuitive and analytical personality. She’s an over-thinker and is practical with her decisions, which makes her someone whose quite grounded and rarely fails when she sets her heart on something she wants.

Blake Lively is another blonde star who falls in the Virgo category! She’s down-to-earth, kind-hearted and one of the most gracious women in Hollywood despite her A-list fame. She’s someone who deeply ponders her every move from things like her perfectly coordinating Met Gala dresses that match the red carpet to how being in the public eye will affect her children.

When it comes to the Libra women of Hollywood, Halsey is definitely one of the first women who comes to mind. Libras are notorious for being self-aware, balanced and authentic. Halsey has been called “pop’s most progressive star,” largely due to her being outspokenly bisexual, biracial and bipolar. She’s considerate and perceptive, making her one of the most approachable celebrities of this generation.

Kim Kardashian is another celebrity who is a textbook Libra. She’s charming, diplomatic and a little dramatic, which are all characteristics of a Libra. She’s highly perceptive and multi-dimensional which is easily shown by how flawlessly she can transition from reality TV star to law student.

Scorpios are known to stand up for what they believe in and never back down, which is exactly supermodel Ashley Graham’s personality! She has a fiery spirit and has broken down barriers in the modeling industry with her positive body image. Scorpios are known for their bravery and assertiveness which makes them amazing spokespeople and leaders.

Another celebrity who falls under the Scorpio zodiac is Leonardo DiCaprio. In recent years, DiCaprio has been an advocate for animal rights and climate change, which definitely rings true to the ambitious and brave Scorpio side of him.

Another popular Sagittarius is Chrissy Teigen! She’s clearly quick-witted and hilarious based on her interviews and epic Twitter clapbacks, which perfectly encompasses a Sagittarius. She’s also very generous, which is typical for a Sag. She loves to help her fans and even paid for a woman’s beauty school tuition in full after noticing her trying to raise money on Twitter.

Bradley Cooper is a Capricorn, which means he’s disciplined, great at managing people and responsible. With his recent directorial debut on A Star Is Born, it’s clear that Cooper is meant to be in the director chair based on the success of the film and the personality traits of a Capricorn!

As a Duchess and a world leader, it makes sense that Kate Middleton is a Capricorn! She’s responsible, traditional and quite serious in nature, which are necessary traits when being a part of such a prestigious family. She’s a textbook Capricorn with her ability to ground herself and her effortless poise in all situations.

Jennifer Aniston is an Aquarius who are best known for being authentic, autonomous and progressive. She doesn’t give in to traditional stereotypes of what a family should look like and has also spoken out about how the media treats women. The Aquarius sign is known for being true to themselves which is exactly how Aniston is.

Oprah is one-of-a-kind and a worldwide phenomenon, which is why it makes sense that she’s an Aquarius. She’s assertive, analytical and independent, which are traits that have led her vast success as an interviewer and talk show host. Aquarians are passionate humanitarians who care about justice, fairness and politics, which is a quintessential definition of Oprah’s character.

Pisces are easy-going, naturally creative and loyal friends, which is the perfect way to describe Stranger Things star, Millie Bobby Brown. Pisces are known for their intuition and dreamy imagination, which makes sense that Millie was attracted to the fantasy world of the Stranger Things project. She’s showed on social media how close she is with her other castmates, which definitely rings true to her Pisces’ characteristic of being a reliable friend.

Another popular celebrity Pisces is Rhianna, and she even has a tattoo of the sign to prove it! She’s artistic, musically talented and intuitive. Pisces thrives on visual stimuli, which is exactly why Rihanna’s Fenty line was such a whopping success. She’s sensitive, gentle and kind, which shines through in her soulful song lyrics and the charity initiatives she supports. 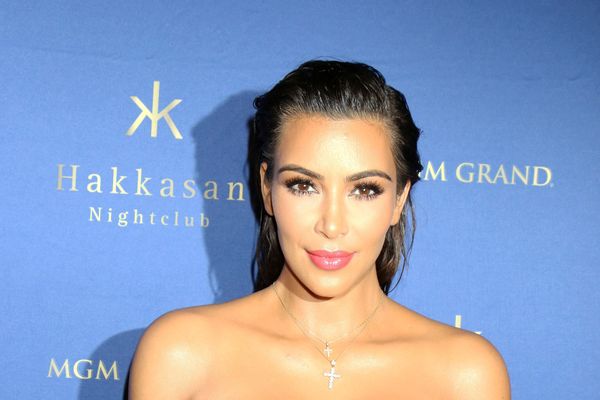 Celebs Who Were Married And Divorced By 25