So, 2020 hasn’t exactly lived up to the expectations many have had; however, we can still take some time out to celebrate the best-of-the-best in the world of daytime drama. Where would soaps be without our charming and handsome leading men? There would be no romance, no adventure, and no intrigue! As such, today Fame 10 ranks the top male soap opera stars of 2020.

Pulling double-duty on both Days of Our Lives (DOOL) and General Hospital (GH) can’t be an easy feat, but actor Wally Kurth does it with style and ease. He had his heart broken by Kayla Brady on DOOL as Just Kiriakis this year. Meanwhile, he could be breaking Olivia’s heart (if she ever finds out about his one-night stand with Alexis) as Ned Quartermaine. Whether in the land of Salem or Port Charles, Wally Kurth delighted daytime fans with his stellar performances on both shows.

While the Daytime Emmy’s felt a little different this year, Bryton James winning the Supporting Actor statue for his work on The Young and the Restless (Y&R) still had fans celebrating with enthusiasm at home. Devon has been through a lot in 2019, and with his recent performances this year, one has to wonder, will he snag the award once again in 2021?

It couldn’t have been easy trying to fill the shoes of legend Joseph Mascolo when Stephen Nichols stepped into the role of Stefano DiMera’s essence in late 2019, but he did relay yet another chapter in the story of this infamous character. With that said, Steve Johnson survived all that to live another day in Salem, and reuniting with Kayla Johnson proved that some super couple romances are timeless.

It’s not easy living in the shadow of his dad Bill, but Liam Spencer continues to prove that he is a force to be reckoned with in the land of the Bold and the Beautiful (B&B). Scott Clifton is an accomplished actor in daytime, and regardless of what Liam is up to, remains to be one of the most popular characters on the popular soap opera today.

One can’t craft a “top male soap opera star” list without including one of the best things about GH right now: actor Maurice Benard. What would the land of Port Charles look like without Sonny Corinthos? No one ever wants to find out! While being the top mobster in town, Sonny struggled with his father’s Alzheimer’s condition this year, as Mike lost the battle to the disease. There was not a dry eye in any GH fan’s house in the fall of this year, as Sonny finally came to accept the inevitable, and said a heartfelt goodbye to his dad.

Victor Newman may not be a mob boss, but it can sometimes feel as if he is. Strong, powerful, controlling, and filled with a certain alpha male pride, Victor does have a soft spot in his heart for family and will do anything to protect his children, as he’s proven this year with Adam. While he may be stepping aside when it comes to work and Newman Enterprises, Victor and Eric remain a major part of why Y&R fans tune in daily and remain loyal to this incredible daytime drama.

Speaking of the Y&R, it takes a special type of soap actor to not only create one but two legendary roles in the land of daytime drama throughout their career. Not many can accomplish this; however, actor Don Diamont was not only able to bring to life the Y&R’s Brad Carlton but the B&B’s Bill Spencer. This year had its ups and downs for Bill, and fans can’t wait to see what 2021 holds for the infamous character.

While Jake turned out to be Stefan DiMera’s twin, and not Stefan himself, Days’ fans are equally ecstatic to see that actor Brandon Barash has returned to Salem and on their television screens daily. Barash has offered a unique spin on the entire “twin” storyline that haunts soap operas at times, and he’s done so with flare. Jake is nothing like Stefan, which is a good thing. Since Jake’s arrived, he’s wooed more than a few leading ladies, and here’s hoping next year will prove to be just as exciting as 2020 was.

With over forty years in the daytime drama business, fans are still excited to see Robert Scorpio onscreen. He’s charming, handsome, and has super-spy senses that could rival Spider-Man. Moreover, actor Tristan Rogers is entertaining on daytime screens. There’s never a dull moment when Robert Scorpio is in town and on the case. The bad guys better watch out!

One of the most challenging things to do is step into a role that has been made popular by another actor. Not only did Mark Grossman have to compete with actor Justin Hartley (which is a feat in itself), but he had to attempt to create a persona in the Adam character that was the same – but different – to what actor Michael Muhney did, as well. Regardless, Mark has knocked it out of the park, and watching Adam transform to an even darker place since his childhood secret has come out this year has been an incredible thing. Just when Y&R fans think that Adam can’t cross another line, he does, and viewers are blown away.

Speaking of stepping into a role and knocking it out of the park, it couldn’t have been easy for actor Thorsten Kaye to transform into Ridge Forrester in 2013 after Ronn Moss made the character so popular. With that said, Kaye has turned Ridge all into his own, and in 2020 scored a Daytime Emmy nod in the process. While the past 12 months have been a rollercoaster ride for Ridge, more drama is sure to ensue come the new year.

A vital and key player in the land of Port Chuckles, Jason Morgan continues to be one of the most dynamic characters in the land of daytime drama. He’s a good guy that fights for what’s right; however, he’s also a “Stone Cold” mobster with cut-throat ideals for any criminal who crosses the line. Actor Steve Burton plays this role flawlessly, and fans can’t wait to see what’s in store for him come 2021. Perhaps, a long-awaited wedding to Sam McCall?

Speaking of dynamic, Billy Abbott continues to cross lines left, right, and center in the land of Genoa City, and it’s hard for anyone to stay mad at him for too long … thanks to that smile and those dimples! Actor Jason Thompson has taken the role of Billy and brought him to new heights, which makes it no surprise that he scored this year’s Lead Actor Daytime Emmy. 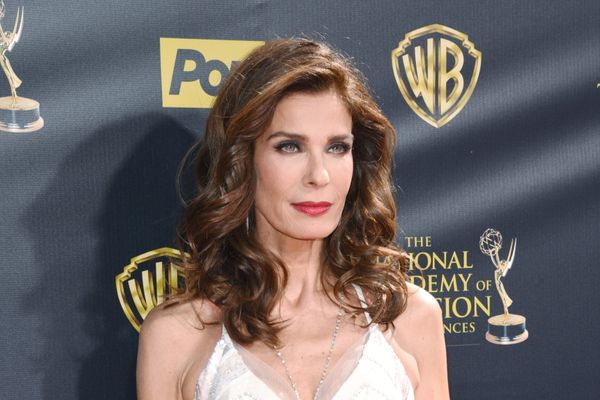