Soap Opera Storylines That Need To End In 2021

All fans of daytime drama have their favorite shows, super couples, and characters that they love watching on a daily and weekly basis. With that said, some storylines feel as if they drag on and on. Even if favorites are involved in these arcs, viewers just want closure. As such, below is an overview of some soap opera storylines that need to end in 2021.

These two teens have seen so many twists and turns over the years in their young lives it is overwhelming. While Cam has been interested in Trina, GH fans know all too well that his heart has always belonged to Joss. Currently, Dev is keeping them apart; however, it’s time to cut the cord and just let this couple finally admit their feelings for each other already!

11. Young and the Restless – The Great Phick Reunion

Nick Newman just loves to date exes, and he sure does have a soft spot in his heart for both Sharon and Phyllis. Any time he reunites with one of these beauties, a dark cloud overshadows the relationship from the get-go, thanks to past mistakes. Since Nick and Phyllis came back together earlier this year, there has been an asterisk next to their relationship status, and Nick has been continually warned about Phyllis from friends and family. Could they move on from the past already and accept each other for who they are? If not, break up and never get back together! It’s tiring to see everyone bring up what disasters may loom ahead because of the disasters that occurred back in the day.

10. Days of Our Lives – Stefano’s Return

Iconic soap opera actor Joseph Mascolo, who played the legendary Stefano DiMera, should continue to be honored on the soap. He played one of the best characters on daytime drama ever, and Mr. Mascolo was flawless in the role. It’s great to know his legacy will never leave Days, and it’s fun when his name is brought up in storylines; however, the idea that his “essence” could make a comeback needs to be dropped. Actually, any storyline that involves anyone else playing Stefano should be erased. The fact that it was recently once again brought up makes most DOOL fans want to roll their eyes. While actor Stephen Nichols did the best he could playing Stefano, there is only one man for that job, and his memory should rest in peace.

9. Young and the Restless – Can Jack Find Love?

It’s been a long while since Jack Abbott has been in a relationship, which is a surprise considering his looks, charm, and intelligence. Still, has to be hard to find a special lady when all the prospects are either taken or he’s related to them. Can writers figure out someone to place with Jack already? Fans are over the constant hinting around him and Lauren, not to mention the innuendos about Abbott finally “finding love,” which occurred when Dina’s Tear Drop necklace came into play. It’s time for Jack to find love, and the Y&R needs to make this happen already!

DOOL’s fast-forward storyline was intriguing. It was something no other soap had done before, and fans had a ton of questions that November 2019. The daytime drama also did an excellent job revealing answers as the months progressed into 2020. When the storyline died down this spring, writers beat a dead horse when other “revelations” popped up from the missing year in Salem. It turned out Maggie wasn’t the reason behind Adrienne’s passing, which was okay, because no one wanted to see poor Maggie behind bars. But Jack and Kate having an affair? This has been a little more than over-the-top. Time to let anything that may have happened in Salem’s 2020 alone.

Can GH writers stop placing so many obstacles in the way of JaSam? Actor Steve Burton (a.k.a. the real Jason Morgan) returned to Port Chuckles in 2017. It is now 2020. Three years and no JaSam wedding? That’s because obstacles keep being placed in this couple’s way. They deserve a wedding and their kids deserve a wedding, but more importantly, the loyal fans of Team JaSam deserve it!

6. Young and the Restless – Adam Being The Bad Guy

Adam Newman has always been a diverse character. He’s walked a fine line between good and evil, but who hasn’t in the land of daytime drama? Remember the good old days, during the years actor Justin Hartley played Adam when Newman (somewhat) redeemed himself and everyone in that family (somewhat) got along? Adam has – and continues to – cross lines. Can Adam go back to being a decent guy who makes mistakes, but isn’t so dark? He’s teetering on becoming someone no one even likes to hate (circa the years actor Michael Muhney played Adam).

Most DOOL fans can admit that it is clear Tripp is not Allie’s baby daddy and that he did not assault her. So, can we all fast forward to the good stuff already and reveal who it is? Since Allie returned to the land of Salem SORASed this past spring, the major question mark around who the father of her child lingered across the storyline. It now makes sense as to why she didn’t want to reveal it or talk about Henry’s dad, so now it’s time to expose the fact that Tripp has a sibling or twin he knows nothing about.

4. General Hospital – Everyone Deserves The Truth

It felt like forever and a day for GH to reveal that Alex was Peter’s bio mom, and not Anna. Now fans wait for the rest of Port Charles to know. It’s noble that Aunt Anna wants to protect precious Peter, but it’s time for the chips to fall as they may.

Speaking of, this storyline truly has gone far longer than it should. It feels like Peter’s been getting away with terrible things for years now because it has literally been years since he’s lied to Maxie and Anna. What’s worse is that Robert and Spinelli just can’t seem to nab August. He’s been so sly that even JaSam has given up. But maybe Dante will be the key to finally exposing Peter and putting fans out of their misery.

2. Young and the Restless – Can Skyle Be Happy For A Minute?

Last year this time, a love triangle between Lola, Summer, and Kyle occupied Genoa City. That seems to have finally fizzled only for a potential new love triangle to emerge between Sally, Summer, and Kyle. Can the writers allow Skyle to be happy for even just a minute? If this can’t happen, can they drop the idea of another woman sweeping in and snagging Kyle?

Fans have waited years to find out who exactly was Nina’s daughter, and now it feels as if GH viewers will have to wait even longer to see her reaction when she realizes it was Nelle all along. The storyline involving Nina and her long-lost daughter has to end in 2021, even if it means bringing on the aftermath of what will happen when she finally does. 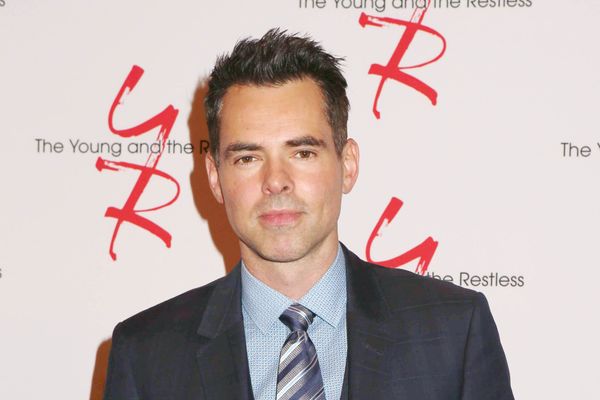