Viewers of soap operas tune in for the adventures, intrigue, and drama that their favorite shows bring, but most of all, they love the romance! Everyone has a super couple that they are drawn to (and rooting for). While this past year wasn’t that great, it still offered some incredible love stories. Below is a list that outlines some of the best soap opera couples of 2020 ranked.

Chemistry and sparks flew the moment Jill paired these two up to run Chancellor Communications. While Lily and Billy have dated in the past, nothing can compare to how much they’ve grown over the years to come to this point in their lives. He’s spontaneous, she’s level-headed, and so far, they work very well together, both in the bedroom and boardroom.

Some fans are Team Chase; however, there’s no denying the chemistry between Michael and Willow. Can two extremely nice people survive the jaded world of Port Charles? Willow is as sweet as can be, and you don’t get any more clean-cut than Michael Corinthos. With that said, despite being friends in the past, they always had this unspoken chemistry. When they acted on it in 2020, fireworks exploded in the Quartermaine mansion.

While WilSon is no longer in the land of Salem, the two had plenty of ups and downs in 2020, which they survived. While Sami’s deception and influence on Will almost came between them, they plugged on and overcame it through love and communication (not to mentions a ton of understanding on Sonny’s part). Plus, did anyone else notice the sparks flying on that Christmas video chat scene, despite not even being in the same room together! Can these two come back to Salem, please?

While Adam continually lurks in the shadow, most Y&R fans can agree that Rey is a perfect match for Sharon. He supports and celebrates Sharon’s strength, confidence, and need for independence. He was a pillar of strength for her during her entire breast cancer fight, and he makes one amazing stepdad, knowing when to step in with Faith and when to step out. Shey are a solid super couple in Genoa City, so here’s hoping Adam stays out of their way!

Whether they are battling evil twins, baby mommas, exes, or Robert’s judgmental eye, these two continue to roll with the punches. Will Anna’s secret about Peter be the thing that ends this relationship come 2021? There’s a good chance they won’t last the long haul; however, they did manage to stick together during their highs and lows in 2020.

Thankfully, Steve became Steve again in 2020, and Kayla realized that a life with Justin couldn’t compare to one with Patch. Their reunion this summer was nice to see, but still plagued with drama once Tripp arrived in town. Seems like the truth is about to be revealed when it comes to Allie’s sexual assault, and the good news is that things didn’t get overly ugly between Steve and Kayla, proving once again why these two are a super couple that surpasses the ages.

It’s nice to see Abby in a good relationship, and these two are downright adorable together. Their wedding was a tad cheesy with a lot of drama leading up to it; however, they make a cute couple. Chabby had a pretty incredible 2020, so here’s hoping their 2021 isn’t plagued with too much drama.

Speaking of Chabby, Chad and Abby had a difficult 2020. First, there were her hallucinations, and then she was sent to a mental facility. Also, there were Chad’s insecurities and accusations about an affair. With that said, all their woes last year can be attributed to Gwen, and it seems as if she’ll continue to wreak havoc in 2021. All this drama doesn’t mean that Chad and Abby don’t make a great super couple, it just means they have a lot to overcome to stay together in the next 12 months.

These two make a stellar super couple. In 2020, they were able to overcome time apart due to Tessa being on tour, as well as communication issues and Mariah’s affair. The only downfall for Mariah and Tessa is that their love story isn’t featured as much as it should be on the show. Can all that change in 2021?

Ben and Ciara had their fair share of struggles in 2020, from having to prove Ben’s innocence to saving him from capital punishment. There was also Victor’s disapproval of Ben, their wedding explosion, Ben’s kidnapping, and Ciara’s unfortunate demise. Cin fans cherished the highs and lows, and while Ben’s living life in Salem on his own now, here’s hoping that there is some way Ciara can return in 2021.

There’s nothing cuter than childhood friends growing up and falling in love. Skyle has quite the history together, and 2020 was certainly their year, despite some hiccups along the road. Summer was able to finally turn Kyle’s eyes away from Lola, and while they didn’t get married, do they really need a piece of paper to affirm their love for one another? Maybe not. Here’s hoping they can survive whatever Sally Spectra has in store for them this year.

Elani has come a long way in 2020. Their reunion was beautiful, and so was their wedding. Also, Lani made the cutest expectant mother on daytime TV. They almost had a fallout, thanks to Eli’s lies around Kristen’s confession; however, thankfully they were able to reconcile before their twins arrived. Whatever 2021 has in store for them, here’s hoping they can manage to get through it, together.

One thing that Carly and Sonny have perfected over the years is communication, and they continued to keep each other in the loop throughout 2020, which is why they continue to be one of the best-of-best super couples in daytime right now. The chemistry, love, and friendship that has developed between CarSon remains stronger than ever. 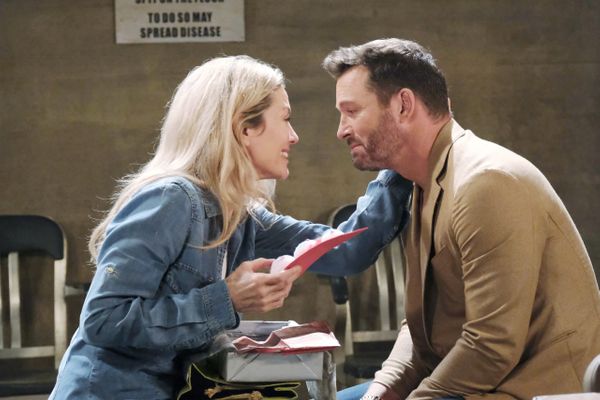 Soap Opera Couples Who Will Break Up In 2021