Blake Lively has been famous for more than a decade now and, whenever she hits the red carpet, she just shines. Even though so many of us are familiar with her more recent red carpet photos, there is a number of older ones that most people don’t know about. Check out these rare pictures of Blake Lively that most people haven’t seen:

In 2006, the budding star attended Hollywood Life’s magazine’s 6th Annual Breakthrough Awards. This was taken at the beginning of her career and it is really obvious that she wasn’t that comfortable posing for pictures, but that would change! 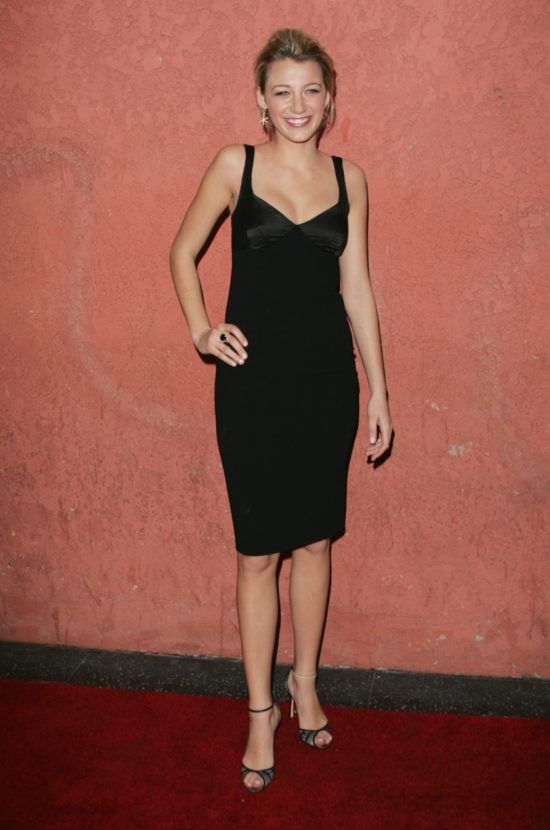 Premiere of The Sisterhood of the Traveling Pants – 2005

At the premiere of the first Sisterhood of the Traveling Pants movie, Lively wore this orange silk dress. She was just 17 when the movie came out and she was clearly just learning about fashion. For the film’s sequel, she donned a very different look! 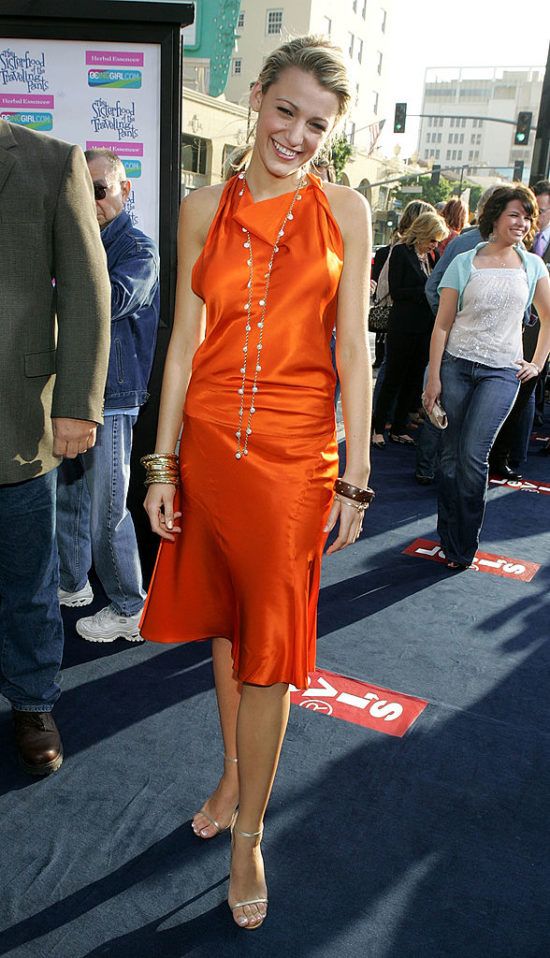 Beautiful Blake attended the opening for Sophie Albou’s Paul & Joe collection for Target in Los Angeles. She rocked this black and white shirt dress, with a black tank underneath and a matching pair of black pumps. The pattern on the dress is a bit busy, but she pulls it off!

The young actress was in attendance at Teen People’s celebration for its 2nd Annual Young Hollywood Issue in 2005. She was dressed in the most simple attire – a black tank top with a pair of low cut jeans and a statement necklace. 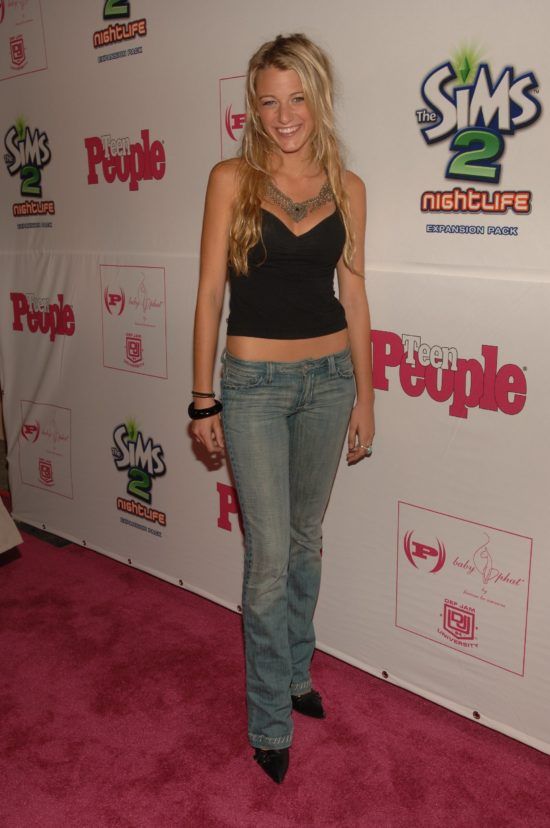 In 2007, Blake Lively was at the Nylon Magazine and MySpace International Music Issue Concert where she posed with her Sisterhood of the Traveling Pants co-star Alexis Bledel. This picture was taken before Gossip Girl premiered and made her a huge star. 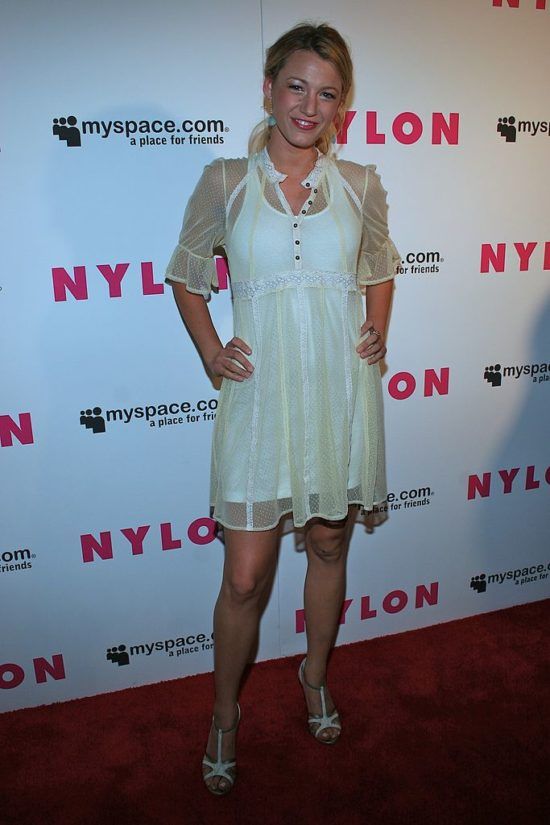 The blonde actress attended the screening of Stephanie Daley, a film which starred her The Sisterhood of the Traveling Pants co-star Amber Tamblyn. She donned a black dress with a scarf, which was an interesting choice. 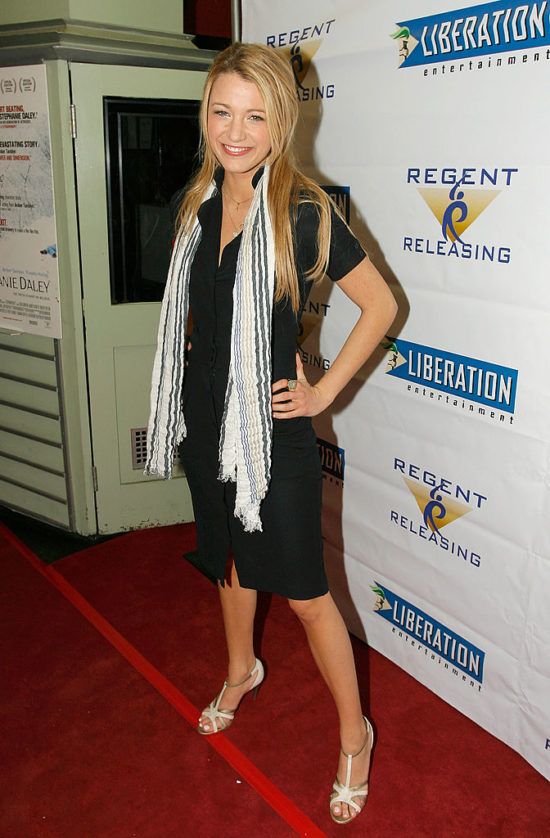 The Sisterhood of the Traveling Pants Donates Memorabilia – 2005

Lively and her co-stars from the film The Sisterhood of the Traveling Pants were at Planet Hollywood donating some memorabilia from the film in May 2005. She would have been 17 in this picture and she dressed in such a fun and flirty way! 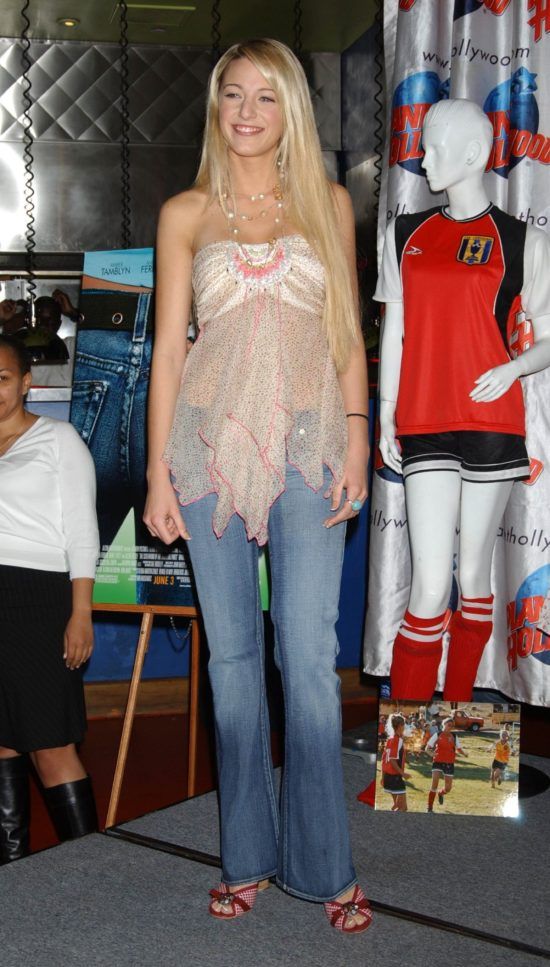 The young actress was at Linea Pelle’s 20th anniversary celebration at the Pacific Design Center in West Hollywood in 2006. In this picture, she was just 18 and clearly a big fan of belts! On the red carpet, she was wearing one under her bust, which wasn’t the best look! 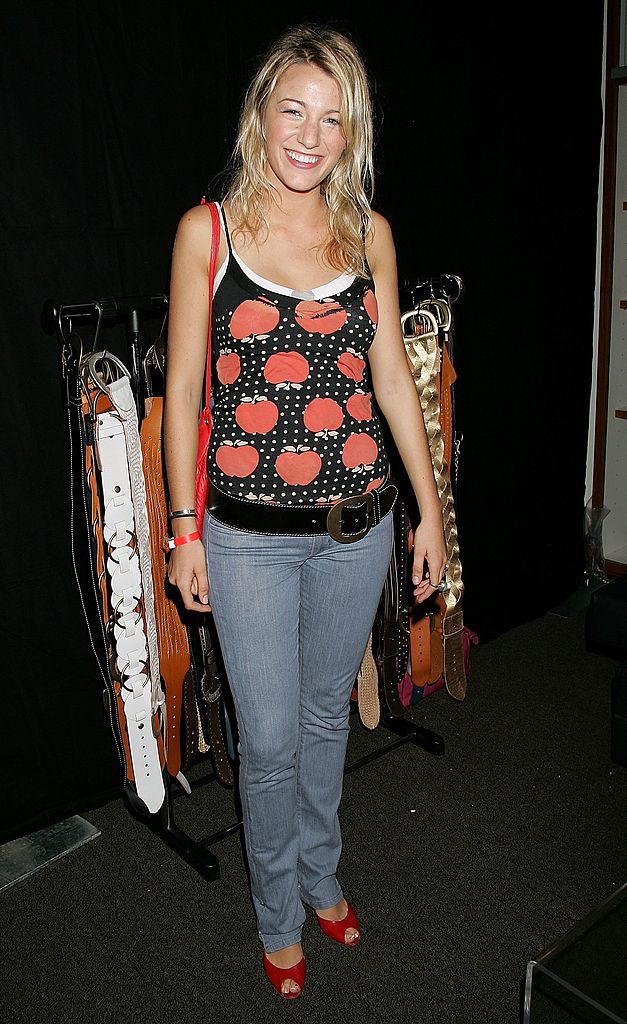 In 2007, Lively was out on the town for the Solomon R. Guggenheim Young Collectors Council Artist’s Ball. She was still figuring out what worked for her fashion-wise at this point. The dress is super cute, but with black tights, it didn’t look quite right. 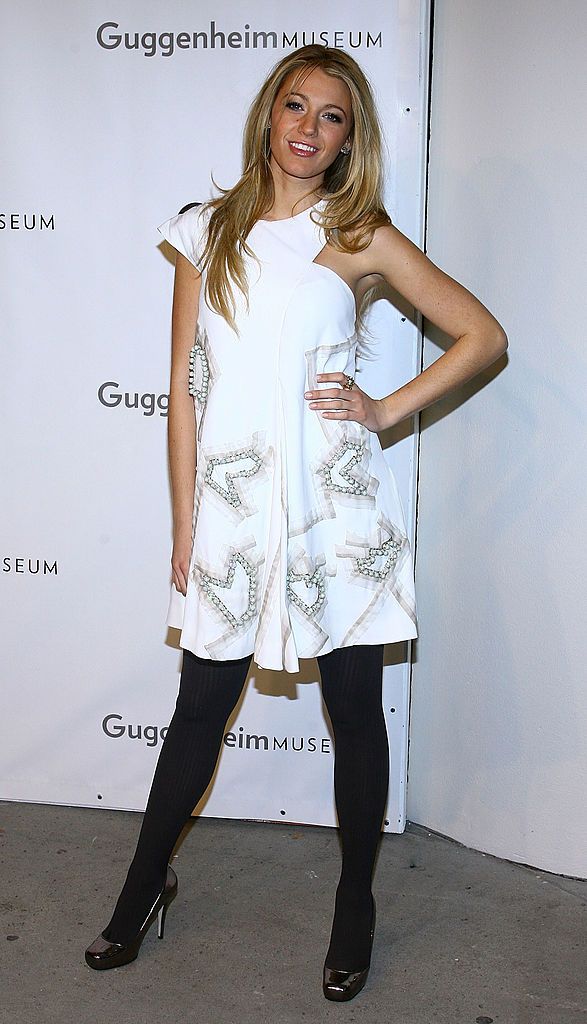 The Gossip Girl actress was just a rising star when she attended the Viva La Cure Benefit for EIF’s Women’s Cancer Research Fund in this little black dress. She was already starting to dress like her GG character, Serena Van Der Woodsen! 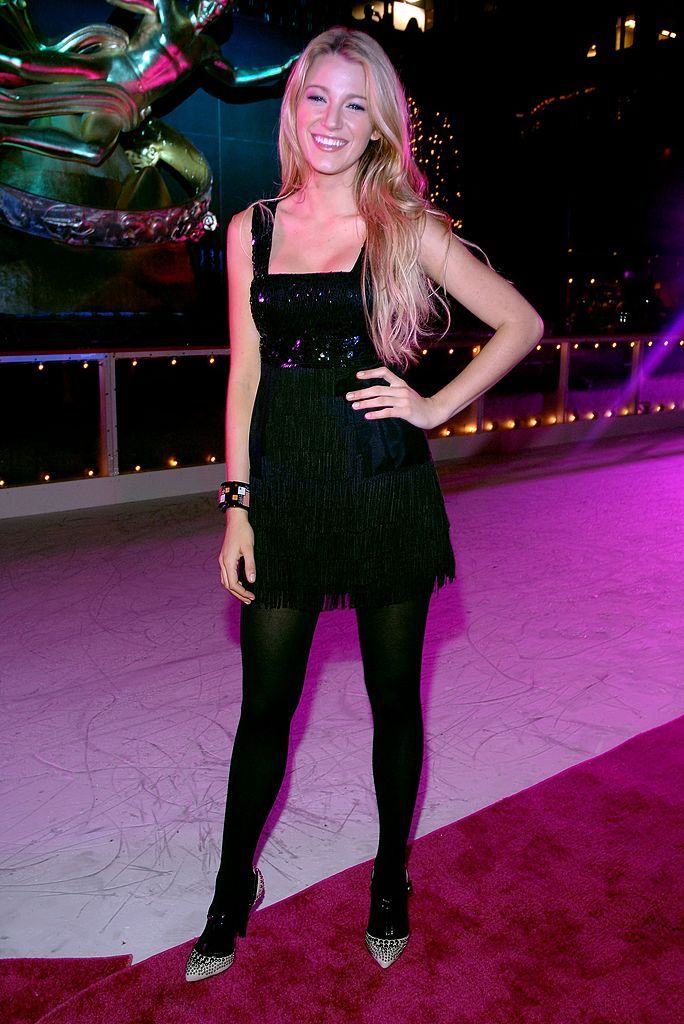 Lively looked like the ultimate California girl in this cute little yellow dress at the Kids Choice Awards in 2005. For her role in The Sisterhood of the Traveling Pants, she was nominated for a Teen Choice Award for “Choice Movie Breakout — Female.” 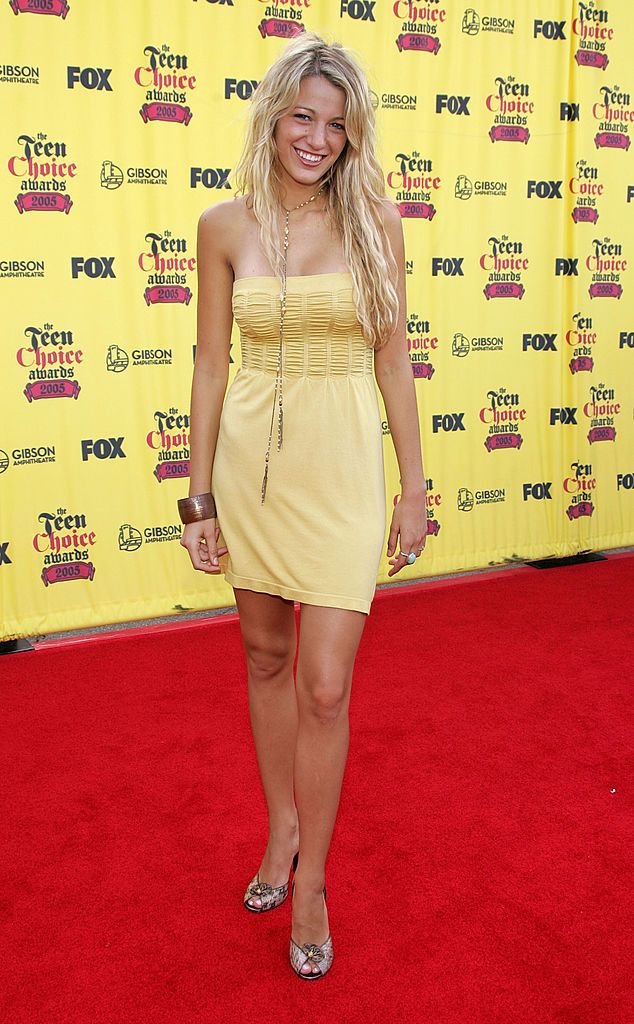 The Sisterhood of the Traveling Pants star was on Total Request Live in 2007 with her Gossip Girl co-star Leighton Meester. Although there were rumors that these two were not friends off-set, you’d never know it from this picture! 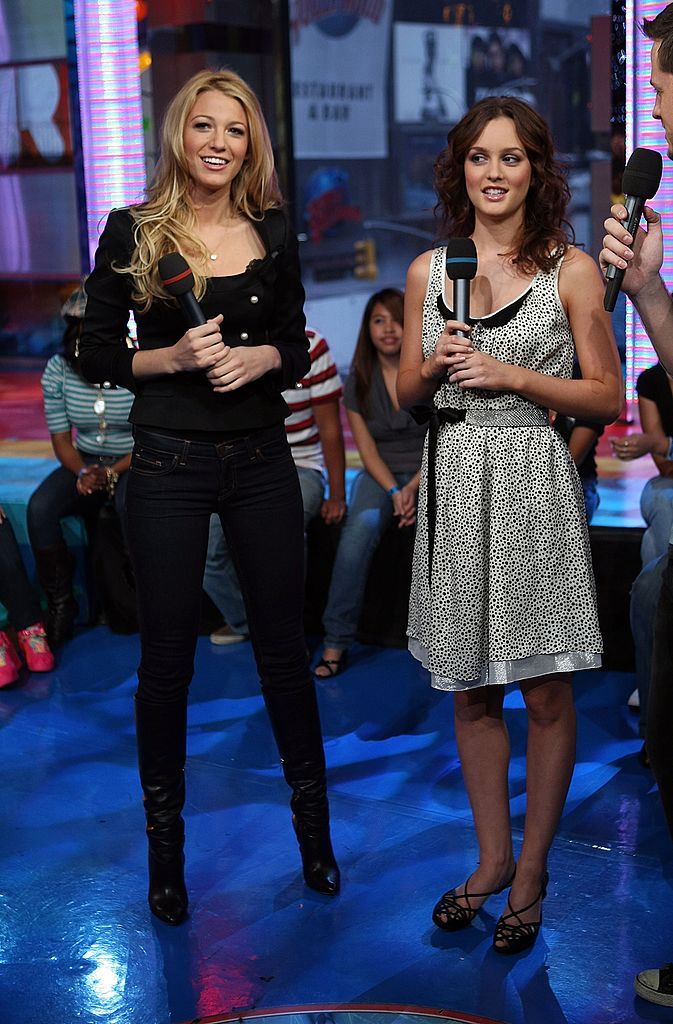 In 2005, Lively attended the 18th Annual Kids Choice Awards in this girly little get-up. With all the sequins, pastel colors and the ripped jeans, she almost looks like a totally different girl than the one we know now! 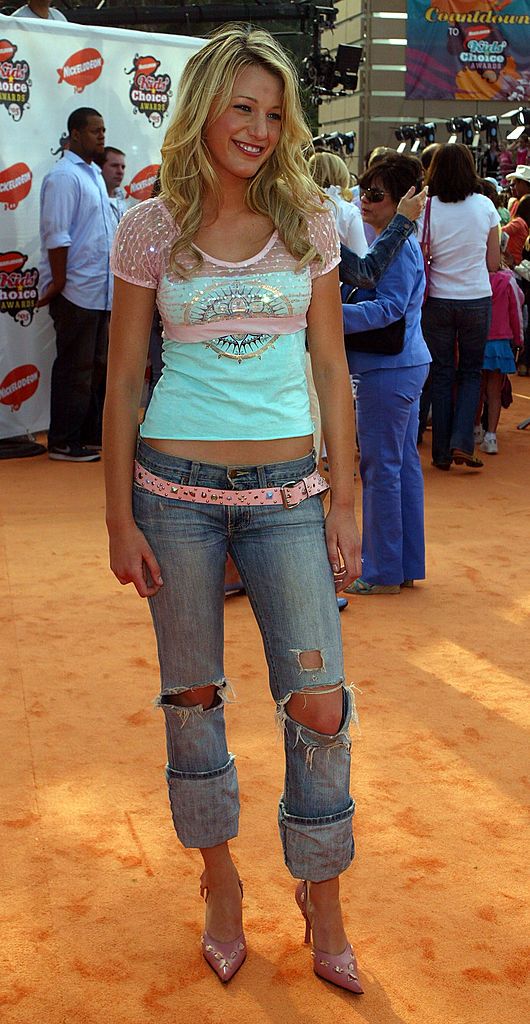