Dorit Kemsley is the newest Housewife to join the Real Housewives franchise. She’s currently starring on the seventh season of The Real Housewives of Beverly Hills and has been appearing alongside her husband, Paul, who’s also known as ‘PK.’ The couple have been met with mixed reactions by fans, but we don’t know much about their relationship from what we’ve seen so far on the show. We did some digging on the Beverly Hills couple and found 10 things you probably didn’t know about PK and Dorit’s relationship:

When Dorit and PK first met back in 2011, she was living in New York City while working as a fashion designer and he was living in Los Angeles, but traveled to New York City frequently for business. When PK first asked Dorit out, she declined and was supposed to head to Hong Kong for work the following day. “He asked me to postpone my flight,” said Dorit, and she wasn’t going to, but changed her mind at the last minute after her grandmother said something to her about it. Their first date was to the Broadway musical Jersey Boys. “We went out and have been inseparable from that first night.” Six months after their first date, PK moved to New York.

Love this city, love my baby #nyc #mytruelove @paulkemsley I love you x

PK proposed to Dorit at one of their favorite local restaurants with both of their parents present. When she described the night in an interview with Wedding Style Magazine, Dorit said PK had seemed really anxious all night and began talking about their relationship. “I’ve done a lot of things wrong in life, but this one I’m absolutely sure is right,” he said. He then proceeded to get down on one knee and the whole restaurant erupted in applause. Of course, she agreed and “lots of tears and champagne” followed.

Paul and Dorit got married in a traditional Jewish ceremony on March 7, 2015 in the Rainbow Room in New York City. They had welcomed their first child, a son Jagger, almost exactly a year prior to getting married. They had already moved to Los Angeles while planning their wedding, and chose to tie the knot in NYC just for convenience for both their families. Their first dance as husband and wife was to The Four Seasons, “My Eyes Adore You,” from Jersey Boys. “I felt like I was floating outside my body. I was filled with love and completely euphoric,” said Dorit. After the wedding, the newlyweds went on their honeymoon in Anguilla.

According to online reports, PK’s marriage to Dorit is not his first. The 49-year-old business mogul was first married to a woman named Loretta nee Gold from Portsmouth. They had three children together and were living in Radlett, Hertfordshire, in 2007, and then they moved to America. It’s unclear when the two got divorced, but it was most likely in 2012 when Loretta and his children moved back to London without PK. He was remarried to Dorit in 2015.

PK and Dorit knew they wanted to have a family together, and in fact, their first child came before they got a chance to tie the knot! They decided to move from New York where they met to Los Angeles to have more room to raise their family. “It’s much easier to raise children in Los Angeles so we came here primarily for the kids, so they could have more room. Though it was also good for my business too. I have produced a movie and will be doing more with films,” said PK.

5. Get Along Really Well

Fans of The Real Housewives are still getting to know PK and Dorit both separately and together as a couple, but it’s pretty clear from their interactions thus far the show and from a quick scroll on their Instagram that these two are incredibly close! According to Dorit, their relationship is 100% solid. “PK and I are so solid. We just are. We don’t really let outside influence come into our little tight bond because it’s me and him and we are so the yin and yang. We connect. I mean, I’m OK on my own, but then I’m with PK [and] I’m whole, and it’s the same for him. So therefore, no outside influences and nothing that anyone can say can seep in or create waves between him and I,” she said in an interview with The Daily Dish.

4. Know Each Other Well

One of the best things about a strong relationship is knowing the other person so well. This is definitely the case with Dorit and PK, especially since they spend so much time together. Not only are they raising a family together and filming a reality series, but they also work together. “We spend 24/7 together. And he knows every single thing there is to know and vice versa. Neither one of us makes a big decision without checking or clearing or talking about it with the other one,” she said. It sounds like they have some pretty good communication!

In an interview with the Daily Mail, PK described why Dorit is such a good match for him, not only as a life partner, but also in business! Apparently these two compliment each other quite well. “Dorit is a real powerhouse, she is a force of nature and is hyper focused. She has been great for me because I am more the creative type who throws out ideas and she reins me in. She keeps us on track,” he said. PK got his start in real estate, has dabbled a bit in film and works as the manger of popular singer, Boy George. Meanwhile, Dorit, who has a background in fashion and design, oversees all aspects of their management agency, Nixxi Entertainment.

2. Close with Their Family

One of the reasons the Kemsley’s bought such a large home when they moved to Los Angeles was because they love hosting and having their family over…even if they come unannounced like PK’s brother did in a recent visit. “Because we have so many bedrooms, we constantly have visitors. Unannounced! My brother came by the other day without calling, which was quite the shock. He lives in London!,” said PK. “We love having people around and we are so close to our families, so it’s a blessing. It’s nice to have a bustling home,” said Dorit.

1. Will They Have More Children?

PK and Dorit currently have two children together, a son Jagger, 2, and a daughter Phoenix, 1. “I had kids later in life so I really appreciate it so much, all of it, I feel so lucky to be in love, married and have these two delicious children. They are such beautiful kids. When I first held Jagger in my arms, the love was so overwhelming, and then the worry that comes with it is intense. I want to do all the right things. But I couldn’t be more happy,” said Dorit. When faced with the question of whether or not she’d have more kids she said she’s open to it, but their hands are full right now. “I am not going to say no. I am not sure we will have more children. There is a chance we could have another, I am not sure. We really have our hands full right now.” 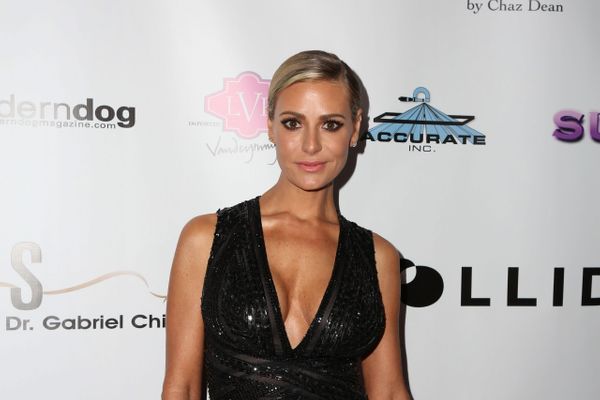