The Cast Of “Las Vegas”: Where Are They Now?

“Las Vegas” – a fast-paced drama about a surveillance team at the Montecito Resort & Casino in Las Vegas – abruptly ended back in 2008 after NBC canceled it in the offseason following the fifth season. Since the show was a huge hit, we figured that we would see what the cast has been up in the last six years! Enjoy!

Nikki Cox’s career has been in decline since “Las Vegas” ended. While she had a role in the 2011 made-for-TV movie “A Christmas Wedding Tail,” she hasn’t been up to much since. The actress and her husband Jay Mohr welcomed their first child son Meredith Daniel in 2011.

James Caan has been keeping busy since “Las Vegas” abruptly ended. He has three movies on the go this year, “The Outsiders,” “The Fighting Man” and “Sweetwater.” The actor has also had roles in a few different TV series including “Hawaii Five-O,” “Magic City” and “Back in the Game.”

Vanessa Marcil has been working in television and film sporadically since “Las Vegas” ended. She went back to “General Hospital” for several episodes and had small roles in “Lipstick Jungle,” “Without a Trace” and “Hawaii Five-O.” About a year ago, Marcil’s divorce from Carmine Giovanazzo was finalized.

Since “Las Vegas” ended, James Lesure has starred on the hit sitcom “Men at Work” where he is quite happy with the cast. “The chemistry between all of us happened so fast. I am fans of all these guys professionally and personally. I feel like we have a great energy together,” Lesure said.

Molly Sims has had a few guest starring roles on TV shows like “Royal Pains,” “Wedding Band” and “The Carrie Diaries” and she has also had some supporting roles in films like “Venus and Vegas” and “Chez Upshaw.” The model/actress was married in 2011 to film producer Scott Stuber and she gave birth to the couple’s first child, Brooks, in 2012.

Tom Selleck has had a starring role in “Blue Bloods” as NYPD Police Commissioner Frank Reagan since 2010. He also stars as Jesse Stone in a series of made-for-TV movies based on Robert B. Parker’s. Selleck not only acts in these films, but he is also a producer for the series as well.

Marsha Thomason currently has a starring role on “White Collar” as an FBI agent named Diana Barrigan. She also guest stars on “Men at Work” and has had roles in “General Hospital,” “Make It or Break It” and “2 Broke Girls.” Last year, she welcomed a daughter with her husband.

Josh Duhamel – who played Danny McCoy, the chief of security, on “Las Vegas” – has three acting projects on the go this year, “Strings,” “You’re Not You” and “Don Peyote.” In 2013, he starred in the movie Safe Haven with Julianne Hough and hosted the Kid’s Choice Awards. Josh married Stacey “Fergie” Ferguson in 2009 and the couple welcomed their first son – Axl Jack – last August. 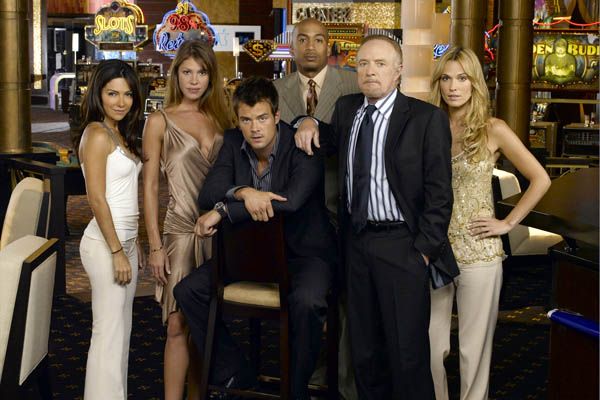