The Mindy Project is a romantic comedy series spearheaded by Office alum, Mindy Kaling. The comedian and writer is not only the creator of the show, but she’s also the star! Over the past five seasons, the show has become well known for being packed with celebrity guest cameos, many didn’t make it onto this list like Ne-Yo, Anna Camp, Tim Daly, Ed Helms, C.J. Wilson, Brooke Burke, Lee Pace, Bill Hader, Kendra Wilkinson, Jussie Smollett — and so many more! From reality stars, to fellow comedians, to A-list actors and professional athletes, here are 15 of the best celebrity guest stars on The Mindy Project!

The widely popular producer, screen writer and showrunner of ABC’s most popular shows, Grey’s Anatomy, How to Get Away with Murder and Scandal made a guest appearance on The Mindy Project in season 3 as herself. Rhimes presents herself as their challenging beer pong opponent in the episode “The Devil Wears Lands’ End” when Peter and Jeremy must learn to work together to win the annual Dartmouth Alumni matchup. The only thing standing in their way is Shonda Rhimes. She didn’t have to act too much considering Rhimes is a Dartmouth alumni in real life!

Kris Humphris was another guest celebrity star who appeared as himself on the show. It was hilarious to watch him poke fun at himself and his real life situation. The NBA player and former husband of Kim Kardashian showed up in season 2 as a friend of Danny’s who is reeling from his break-up with his ex-wife, Christina. In this episode, Danny plays basketball with a group of men who call themselves the “Getting Over It Gang,” a support group for divorced guys. At one point in the episode, Kris turned to Danny and said: “You don’t want to be like me, sitting at home, alone, Saturday nights, watching trashy reality TV shows. I’m not going to name which ones, trust me. You’re better off over there.”

The Late Show host made his guest appearance on The Mindy Project as Father Michael O’Donnell, Danny’s new Catholic priest, who also happens to be a former bad boy, childhood friend of his. Colbert is almost unrecognizable with his beard and full priest garb. Mindy hilariously pretends to be Catholic to win the approval of Father Michael, but he eventually finds out that Danny is dating a woman who isn’t Catholic. The collaboration between the two comedians was amazing and we hope to see more of Father Michael O’Donnell in the future!

The model and husband of John Legend made her debut on The Mindy Project in season 3 as Grace, Alex Eakin’s overly flirty girlfriend. Mindy runs into Alex, the man whose virginity she took, who’s now this incredibly successful man. He invites her to a party, then proceeds to kiss her. She tells him to stop because she has a boyfriend back home (Danny), but as she’s doing that Alex’s girlfriend shows up and starts yelling at Mindy for making moves on her boyfriend! The two get in a heated argument which ends with Mindy yelling, “Pick on boobs your own size!” It’s safe to say Teigen stole the show with this brief cameo.

Another late-night talk show host to grace the screen of The Mindy Project is Seth Meyers. His first appearance was back in season 1 in the character of Matt, one of Mindy’s love interests. He helps her grab a tote bag at a local bookstore and then takes her out for frozen yogurt. He then comes back in season 4 as himself.

This A-list actor plays Dr. Paul Leotard, a temporary replacement at Shulman & Associates who is extremely popular and charismatic with everyone, but Mindy. He appears in a few episodes at the beginning of season 2 when Mindy comes back from Haiti and must decide whether she wants to stay in New York City and fight for her old office back, or return to Haiti. She decides to go up against Paul and get her job back. He also acts as a therapist for Danny and Christina when they are having intimacy issues. Franco does the perfect impersonation of this character — it’s absolutely hilarious!

The Orange Is the New Black actress made an appearance on The Mindy Project in season 3 as Tamra’s cousin, Sheena. Tamra sets Mindy up to meet her cousin, an aspiring stylist when Mindy becomes more and more self conscious about herself as her baby bump grows. Her character takes on a fairy god-mother role with Mindy. She gives her a full make-over which ends with Mindy in the most gold catsuit ever that no one can take her seriously in.

One of the bigger stars to appear on The Mindy Project was Seth Rogen in season 1, episode 16. He shows up as an old friend named Sam who she met back at Jewish summer camp as a kid. He was her first kiss. They meet up adults while he’s home on a short leave from the military, but is eventually heading back to Afghanistan. The two engage in a brief fling, but it quickly ends when he reports back to duty.

Danny Castellano’s ex-wife, Christina Porter is this mythical character on The Mindy Project until she finally shows up near the end of season 1 and is played by none other than Chloe Sevigny! Before she arrives, all fans know about her is that she’s this intense war photographer named Christina, and that things ended badly between the two. Christina and Danny get back together, but end up breaking up again after she sleeps with Dr. Paul Leotard, played by James Franco!

Dr. Lahiri once said that her most prized possession is a “photo of Kris Jenner,” so we’re pretty sure she was more than ecstatic to see the famous momager playing herself on The Mindy Project. Jenner shows up in season 3 when Mindy seeks her help to find the perfect Georgia O’Keeffe painting and supervising the help as she opens her own fertility clinic while juggling her personal life and being pregnant.

The whole team flies to L.A. in season 2 to attend a seminar and Mindy runs into filmmaker and comedian, Kevin Smith, who is seemingly playing himself. His cameo on the show is brief, but long enough for him to poke fun at himself by referencing the Southwest Airlines incident from 2010 when he was asked to leave the plane when he allegedly didn’t “fit comfortably in the seat.” In the episode he turned to Mindy on the plane and said, “chubs like us, we gotta stick together in the sky.”

Joseph Gordon Levitt plays the character of Matt Sherman, a Bravo producer who is Mindy’s husband in an alternate reality. It’s the very first episode of season 4, and Mindy dreams about what her life would have been like if she hadn’t fallen in love with Danny. In the dream, she has this seemingly perfect life where she’s married to this handsome, suave reality show producer.

Oscar nominated actress, Laura Dern shows up on The Mindy Project at the end of season 3. She plays an OB-GYN that Mindy sees when she firsts finds out she’s pregnant with Danny’s baby. In this episode, Morgan thinks he hears Mindy say she doesn’t think Danny is the father, so he gathers up every ex-boyfriend she’s had in the past!

Julia Stiles graced the screen of The Mindy Project as Dr. Jessica Lieberstein, an old friend of Danny’s. During her three episode arc, she plays a recovering hoarder who also becomes a new love interest for Shulman amp Associates nurse Morgan, while he’s still dating fellow nurse, Tamra. Jessica and Morgan are accidentally set up with each other when she makes a move on him thinking he’s the newly single, Peter. Morgan goes along with it and the two end up having a brief romance!

Many fans won’t remember her brief appearance on The Mindy Project, but Jenna Dewan-Tatum showed up in an episode of season 1 as a pharmaceutical rep named Brooke who “has a history with Danny.” This was one of the first glimpses into just how good of taste Danny has when it comes to women, making Mindy even more self conscious in her relationship with him. It was by far one of the best celebrity guest cameos on the series so far! 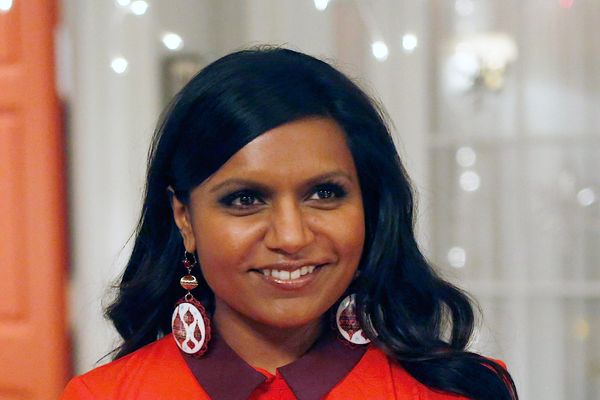