Where Is The Brat Pack Now?

The term “Brat Pack” was coined by writer David Blum from New York magazine to describe a group of actors who starred in classic, coming of age ’80s films who were ridiculously famous, wealthy and young. This group of young actors ruled the ’80s; however, many of them (if not all) were unable to maintain that level of fame and success into the ‘90s and beyond.

Known as the greatest teen star of all time, Molly Ringwald is best known for her roles in “Sixteen Candles,” “The Breakfast Club” and “Pretty in Pink.” During the 90s, Ringwald turned down some pretty major roles in “Pretty Women” and “Ghost,” which solidified the careers of Julia Roberts and Demi Moore. One of the only major roles she has had since her Brat Pack days is on “The Secret Life of the American Teenager.”

Judd Nelson is best known for his roles in “The Breakfast Club” and “St. Elmo’s Fire.” Since the Brat Pack dispersed, Nelson’s level of fame has waned. He had a starring role in “Suddenly Susan” and has had guest roles in “Las Vegas” and “CSI: Crime Scene Investigation.” Judd continues to work in indie films and television.

Ally Sheedy is best known for her roles in “The Breakfast Club” and “St. Elmo’s Fire.” The most notable role Sheedy has had since the ‘80s was in the film “High Art.” Ironically Joel Schumacher, the Director of “St. Elmo’s Fire,” saw great promise in Sheedy. “You could not meet Ally and not fall in love with her. She was the girl most likely to succeed,” he said.

Andrew McCarthy is known for his roles in “St. Elmo’s Fore,” “Mannequin,” “Weekend at Bernie’s” and “Less than Zero.” Since his Brat Pack days, he has had roles in “Lipstick Jungle,” “White Collar” and “Royal Pains,” and he has directed several episodes of “Gossip Girl.”

Anthony Michael Hall played the role of the geek in “Sixteen Candles,” “The Breakfast Club” and “Weird Science.” In the late ‘80s, he battled with a drinking problem, but turned it around, becoming fully sober by 1990. Since the Brat Pack days, he has had small roles in “Freddy Got Fingered,” “All About the Benjamin’s” and “The Dark Knight.”

Emilio Estevez is known for his roles in “The Outsiders,” “The Breakfast Club” and “St. Elmo’s Fire.” During the height of the ‘80s, he was actually engaged to fellow Brat Pack member Demi Moore! Estevez was briefly able to continue his success with “The Mighty Ducks” movies, but he later turned to directing. Estevez has directed episodes for “Cold Case” and “Numb3rs.”

Rob Lowe is one of the more famous members of the Brat Pack and he initially garnered fame for his performances in “The Outsiders” and “St. Elmo’s Fire.” Although he isn’t quite as successful as he was during the ‘80s, Lowe has been involved in a number of films and television shows, including “Wayne’s World,” “Tommy Boy,” “Austin Powers: The Spy Who Shagged me,” “The West Wing” and “Brothers & Sisters.” Maybe his career would have been different if it weren’t for those sex tape scandals…

Demi Moore starred in the ‘80s hit “St. Elmo’s Fire” and she managed to star in a number of hits in the ‘90s including “Ghost,” “A Few Good Men” and “Indecent Proposal.” Demi made a comeback in 2003 in “Charlie’s Angels: Full Throttle” but, she has not proven to be worth the $12.5 million per movie she was given in the early ‘90s. As of late, Demi is better known for her marriage and divorce from Ashton Kutcher. 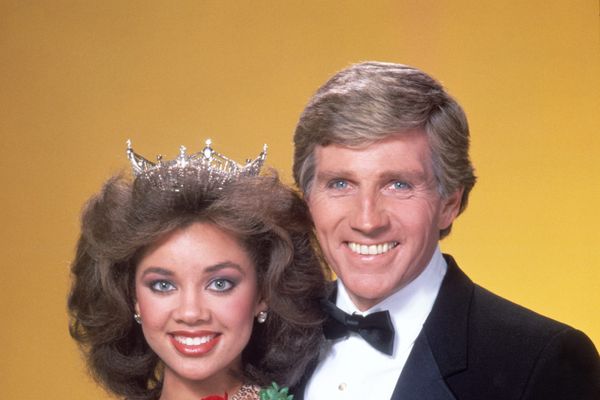