On Sunday, April 2, the biggest stars in country music descended upon the T-Mobile Arena in Las Vegas for the Academy of Country Music Awards. The ACM Awards have always been one of the biggest and funnest nights for country music, and also highlights some gorgeous, unique and sometimes questionable fashions. Unlike most other Hollywood awards show, country events feature everything from extremely glamorous looks to pure casual hats and t-shirts, but either way these six stars absolutely rocked the red carpet this year! Here are the 6 best dressed stars from the 2017 ACM Awards.

Maren Morris has had one big year in country music and all eyes were on her when she walked the red carpet. The gorgeous singer may have taken home the award for New Female Vocalist of the Year, but she was already a winner in her gorgeous green Michael Costello gown. The 26-year-old singer looked sexy, classy and ready for spring all in one in the gown that featured a high leg slit, floral complement belt and floral details on the chest. She also debuted her new short pixie cut which was styled in waves and tossed over, completing her fresh new look.

Country music stars have really embraced the sheer and see-through dresses and Rae Lynn had one of the best of the night. After first coming on to the scene, fans have seen Rae Lynn’s red carpet style evolve and it seems she has found her best looks in mature yet sexy dresses including this one from the ACM awards. She donned a floor length black and nude gown which featured a sheer skirt, high neck and an eye-catching but not over-the-top design. The dress really accentuated her figure and suited her short blonde waves and dark eye-makeup.

The men in country music don everything from jeans and baseball hats to full suits when it comes to awards shows, leaving the door wide open for what to expect from the stars. While some stars have chosen some questionable statement suits, Jake Owen look sharp, yet ready to party in his blue and white suit. He kept it fun with an open collar but the pop of color was a nice change and the suit fit him perfectly.

Faith Hill has been one of country music’s most stunning singers for years, and at 49, she looks absolutely incredible! Hill wore a plunging red Michael Kors Collection dress that was unique and exciting making her really stand out. While a red sequin cheetah print dress might sound a little too ’80s, when you see it on the singer, your mind will be completely changed. The wrap front skirt complete with oversized belt complete the amazing look, while Hill is back to flaunting her long blond tresses. The singer is never afraid to take fashion risks and she is one star they almost always pay off for.

At recent events, Miranda Lambert has really taken to being a little more risky and showing off ample cleavage, but it isn’t surprising because it really works for her! Lambert made jaw drops during her ACM Awards arrival in a white floor length gown featuring an extremely deep-V neck, with gold embellishments and a cinched waist. The dress showed off her figure while also featuring a billowing skirt, and she pulled the whole look together with stunning jewelry, and kept all eyes on the dress by keeping her hair simple and straight. 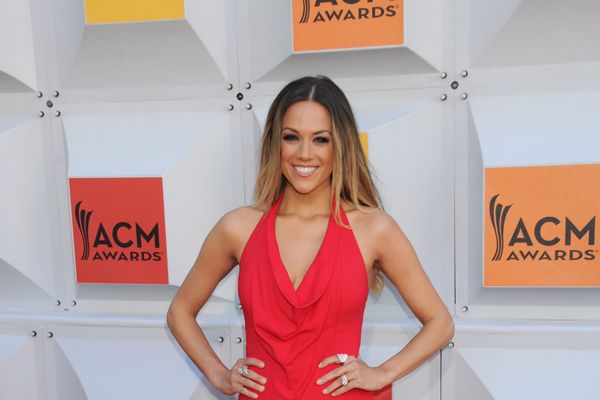