It was reported by TMZ that former 90210 actor Luke Perry was rushed to the hospital on Wednesday, February 27 after suffering a “massive” stroke. An update was later released that according to family members, doctors had placed him in a medically induced coma, however, his rep shared with TMZ that he was sedated.

TMZ was the first to report on the incident and claimed that paramedics were called to the Riverdale actor’s home around 9:40 in the morning after receiving a call that Perry was suffering from a stroke. A rep also shared that he was under close observation at the hospital and that the stroke was “massive.”

News of Perry’s health scare coincidentally came on the same day that it was announced that Beverly Hills, 90210 was getting a reboot with the original cast, however many assumed that Perry was not connected to the project because of his commitments to the role of Fred Andrews on Riverdale.

Many of his former costars have shared tributes to Luke via social media sending their prayers to him during this difficult time. Shannen Doherty wrote, “My friend. Holding you tight and giving you my strength. You got this.” Former castmate Ian Ziering also wrote, “No words can express what my heart feels hearing today’s shocking news. Let us all say a prayer for his speedy recovery.”

Perry’s current condition is unknown. Updates on this story to come. 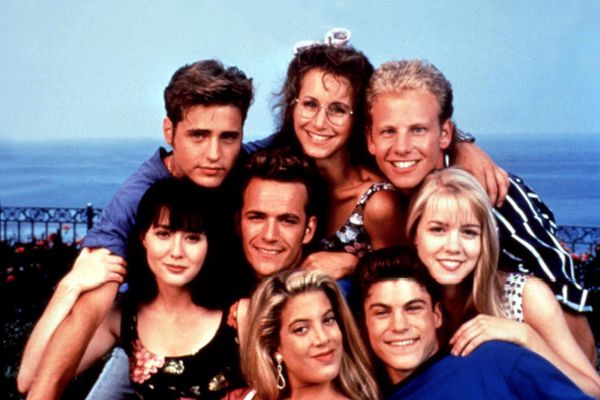