While it isn’t exactly the Gossip Girl/The O.C. crossover fans would want, it has been confirmed that Brody will be appearing on wife Leighton Meester’s ABC series Single Parents as the ex of Meester’s character Angie.

According to ABC, Brody’s appearance will come after Angie’s friend Will, played by Taran Killam, persuades her to find the musician who left her years before which will be played by Brody. Despite their stardom with Brody starring on The O.C. as Seth Cohen for the show’s entire run and Meester starring as Blair Waldorf on Gossip Girl, the famous duo have kept their personal life extremely private.

They married in a secret ceremony back in February of 2014 and share 3-year-old daughter Arlo. They have previously worked together however, costarring in 2011’s The Oranges and 2014’s Life Partners.

“I always want to work with people that I like and love and people that I’m friends with,” the Making History alum said on The View in April 2014 of working with her husband. “It’s nice to mix business with pleasure.”

In a rare interview the actress opened up briefly about her personal and professional life with Brody in 2018 to PorterEdit, saying,“I wouldn’t change anything [in the past] because I’m happy where I am now. And I think that that’s one of the many wonderful parts of not only having a child and meeting your soulmate, but also I feel really lucky career-wise — really in a place that I want to be.”

Brody’s character will make his debut in the season 1 finale, which will air in early May. 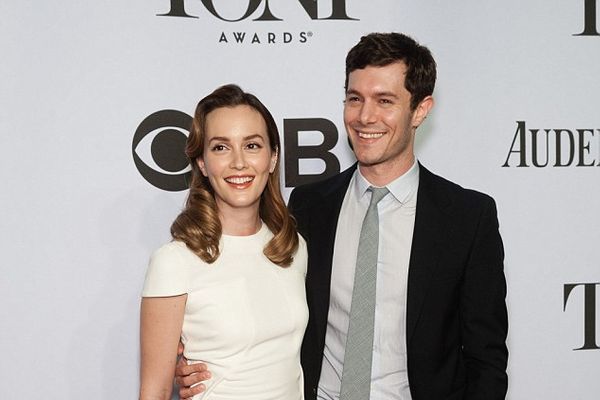