Bachelor alum Kelley Flanagan has opened up about her split from Peter Weber four days after he announced they were calling it quits.

“I know a lot of you have already heard the news, but I wanted to take some time to process it for myself before sharing…” Kelley began. “It saddens me to say this but Peter and I have decided to go our separate ways.”

“Peter and I had some unbelievable times together and they will definitely be missed,” she continued. “Unfortunately him and I are in two different stages of our lives and saw our future paths differently.”

“I wish Peter the absolute best and want to thank everyone for your continued support as I move on to my next chapter,” she concluded while adding a comment about the pair’s recent plans to move to New York. “I’m still hoping to make it to New York one of these days, but for now I just want to focus on my happiness! 2021, I can’t wait to see what you have in store!”

Peter announced their split on December 31st. “Love is a funny thing. It can make you feel on top of the world and it can make you feel a pain you wish didn’t exist. I’m here to share that Kelley and I have decided to go our separate ways,” he captioned a photo with Flanagan.

He concluded, “These moments in life always hurt, but in my opinion that shows you it was worth the time you spent together. Thank you Kelley.”

Fans will recall that Kelley appeared as a contestant on Peter Weber’s season of The Bachelor but was sent home on week 7. Peter gave the final rose to Hannah Ann Sluss but broke off their engagement less than two months later because he still had feelings for runner-up Madison Prewitt. Peter and Madison rekindled but ultimately called it quits a couple of days after the Bachelor finale aired.

In April 2020, Weber and Flanagan reconnected in Chicago and began dating.

Check out the full social media posts from both Peter and Kelley below: 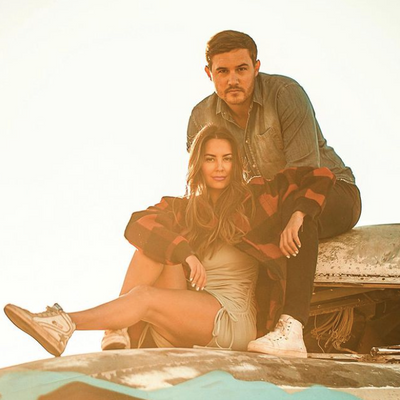